HOW COULD GAMIFICATION CHANGE THE SAVINGS LANDSCAPE? 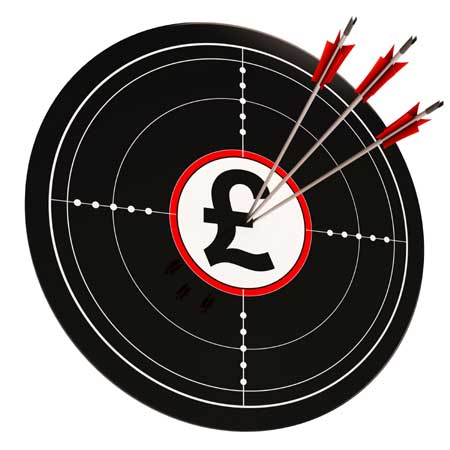 Gamification. It sounds like a buzzword. Something from a marketing department that could probably be said more simply. But it’s real, it’s effective, and it’s spreading to banking, with many pundits predicting gamification to be the next big thing to hit the sector.

Gamification is the application of game mechanics in non-game contexts. Probably the most visible example is the spread of fitness technology like Fitbit and Jawbone UP. By collecting data on your physical activity, you can set quantifiable goals, giving you more of an incentive to achieve – and crucially, a sense of failure, shame even, if you don’t.

Gamification is possible with any activity where data can be collected. It’s just a case of working out an effective mechanism to turn boring data into something motivational. Could gamification be the answer to help us save more money?

Beyond the prevalence of home ownership, the UK is hardly notorious for its saving culture. We have one of the lowest savings ratios in the developed world, 13th in the OECD at 5.4%, compared to France’s lofty 15.8%.

And that’s something that drastically needs to change. When some estimates put the size of pension pot required for a ‘basic standard of living’ at around £400,000, the savings habit is one we could all use a little help getting into, particularly today’s youth – who, let’s not forget, have grown up with computer games, making a game-centred solution an eminently logical one.

How could gamification work for personal banking?

Gamification has yet to hit the UK banking industry with any real force, but there are some excellent examples of its use abroad to encourage good financial habits.

Bulgaria’s DSK Bank notably made waves last year when it launched its mobile app DSK Gameo. The app takes everyday personal banking tasks such as setting financial goals and adding to savings accounts and turns them into a game by giving rewards upon their completion. Rewards take the form of real-world incentives like vouchers and concert tickets.

Even more daring is the process Slovenian small business lender Amikod takes to its loans. It does away with traditional methods of risk assessment, instead rewarding its customers with lower interest rates as they complete specific tasks designed to improve efficiency. This provides education on sound business practice – making for a better debtor – and helping the business to boot.

US payday lender LendUp takes the same approach to personal loans, with customers offered lower rates of interest in return for taking positive action towards managing their money – attending a personal finance class, say. Ultimately it means they can borrow more, for longer, and be trusted to pay it back.

These are bold models that it’s hard to imagine large, conservative institutions like Barclays going along with. But the idea of providing tangible incentives to reward good behaviour certainly has appeal, and banks have long used such extrinsic bonuses to lure customers in: the free young person’s railcard with a student account immediately comes to mind.

But should we need extrinsic rewards to save money? And does that really help banks? After all, they make money from overdraft charges and interest. Why spend even more on vouchers and tickets to encourage people not to spend over their limit?

US bank Simple.com uses a more straightforward model that applies the logic of game mechanics, but makes the object of saving its own reward. There are two key features to Simple. Firstly, it presents your bank balance not as the amount of money in the account, but the amount that’s Safe to Spend. How does it know what’s Safe to Spend? You pay everything through the system – bills, rent, charitable donations – and Simple puts it all aside for you, so you only see what’s left.

Secondly, you set up savings goals. Need $500 for a TV in 3 months? Set a goal and Simple will put it aside for you, taking the monthly saving out of your Safe to Spend figure. There are even progress bars. Suddenly your savings goals are tangible, in the same way your fitness targets become more real with Fitbit bar charts.

How is this a game? Well, it’s a case of resource allocation, familiar to strategy game enthusiasts. As New York Times blogger Andre Behrens put it: “Finance is, and always has been, a kind of survival game. I just didn’t notice it until I started playing the Simple version”. Rather than overtly turning finance into a game, it just makes you think of it as one, bringing the same psychological motivations with it.

How could gamification change the savings landscape?

The most obvious answer is stimulation – the hope is that these innovative front-ends will encourage people to save, especially Generation Y, who both grew up with computer games and have little tangible relationship with money. It can be hard to associate the numbers on your banking app with real-life, actual money; particularly when you’ve grown up with little cash. The context of gamification could well help with overcoming this disconnect.

From the industry point of view, widespread gamification would bring two substantive changes. Firstly, competition between savings providers could become more about who provides the most effective, or fun, or intuitive savings ‘game’ than interest rates and extras.

Secondly, or perhaps concurrently, that means the marketplace could become flooded with non-bank participants, based on the strength of their software. They may be start-ups with alternative finance models (avoiding banking regulations) or non-bank developers creating generic front-ends, reducing customer loyalty to their particular bank. It’s not hard to imagine a financial gamification app that encourages frequent switching between savings accounts to achieve the highest return – a nightmare for an industry that has traditionally thrived on loyalty.

For that reason alone, banks should jump on the trend as soon as they can. The evidence is that gamification works. And it’s coming to finance. You can gamify anything quantifiable: what’s more quantifiable than money?