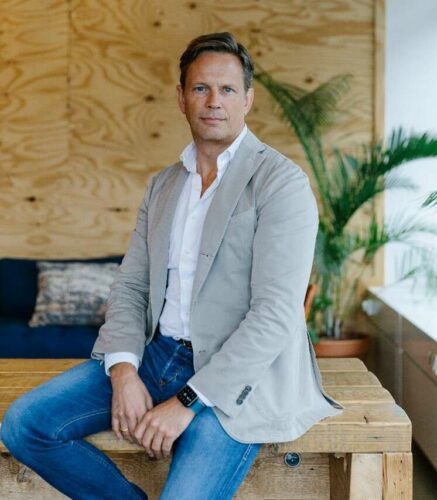 The cost of living is looming over consumers as inflation rises to its highest level in 30 years, outpacing wage and benefit increases and further exacerbated by tax rises. Such economic uncertainty is shifting how consumers manage their budgets, with retail spending in Europe decreasing at a sharper rate than anticipated as people prepare for the months ahead.

Last year, the pandemic had already pushed many to a financial precipice, with 20 million people reporting that their financial situation is worse and a further 3.5 million people saying that they are close to falling off a financial cliff. Now, a global cost of living crisis is seeing a new emphasis on mindfulness around how people spend and cut costs.

Building financial resilience has become more in vogue, with money circles and workplace saving schemes also rising in popularity. Subscriptions are falling, with more long-term Netflix subscribers cancelling their services: recent data showed that subscribers who have used the service for over three years made up 13 per cent of cancellations in the first quarter of 2022.

Instead, digital prepaid branded payment cards are on the rise, allowing households to better plan their budgets and take control of spending around mobile top-up, entertainment, shopping, and gaming. Budgeting apps like Emma and Plum have also become more popular as the fintech sector has boomed over the past decade.

Besides tracking money, there is also an ever-expanding plethora of methods to make payments, with the BNPL sector, in particular, seeing skyrocketing growth over the past years. In the US, six per cent of Gen Z consumers were using BNPL in 2019, and only two years later, that number jumped to 36 per cent. Now, Klarna alone has 147 million active customers. In the UK, nearly half (49%) of millennials used BNPL in 2020, data from Bain & Company revealed.

BNPL has been popular with consumers who desire specific products but cannot pay for them at the point of transaction, but this rapid and unregulated growth accompanies new worries on whether these services hurt or help consumers in the longer term.

As the cost-of-living crisis continues and the amount and reach of disposable income keeps falling, consumers have been defaulting on BNPL payments. Swedish fintech Klarna has seen the number of customers not repaying debts more than double to SwKr4.65 billion. The firm has recently downsized, announcing plans to lay off about 10% of its global workforce.

The news comes after it stoked controversy by introducing a credit history aspect to its business, where it reports payment information to credit reference agencies Experian and TransUnion. This development meant that even missing minor payments can come back to haunt consumers in the years to come, showing up on their credit reports long after the purchase.

Among these patterns, Apple has announced its entrance into the BNPL space with a model    that is promising to be kinder and more transparent to consumers. Apple Pay Later automatically becomes available to iPhone users in September in the iOS 16 upgrade. It can be used by those who fulfil its underwriting requirements and want to use it and Apple Pay to purchase online or in-app.

Apple Pay allows consumers to pay in instalments over six weeks with no fees and zero interest. It also uses autopay as the default, and if a consumer misses a payment, it will influence their ability to use Pay Later in the future.

This differs from the model of previous BNPL companies such as Affirm, which provide a range of loans, ranging from $50 to $17,500, with payback options stretching from six weeks to 60 months. With providers such as Affirm and Klarna, if an individual continues their planned repayments in full, there is no issue: however, if a payment is missed, it becomes extremely easy to slide into a debt spiral with high-interest rates and late fees.

As consumers keep struggling to pay their bills, some BNPL players have not been reflecting the spirit of fintech, which at its core is designed to create better services for consumers. Yet the cost-of-living crisis is set to reform how consumers spend, and alongside that will come changes in the BNPL sector. Apple’s new model offers hope as it is a step towards providing more responsible credit – but the safest way of all is still the old fashion means of budgeting first and saving up the cash to buy the things you want and need.

Pay now buy later makes sense, as it offers the piece of mind that is good for the wallet and one’s mental health and takes away the debt drawbacks that keep us up at night.

Recharge.com is the European leader in online consumer-branded payments. Operating in over 150 markets around the world the company processes millions of online transactions annually connecting customers with leading global brands. Through a broad selection of digital vouchers & prepaid money from brands including CASHU, paysafecard, Apple, Google and PlayStation alongside cross-border remittances of call, data credits and more, Recharge.com’s digital platform improves customer outcomes and disrupts traditional players across the globe. Founded in 2010 and headquartered in Amsterdam, Recharge.com is one of Europe’s fastest-growing technology companies, having raised over $70m in primary, secondary and debt transactions from investors including Prime Ventures, SmartFin, Kreos Capital and Rabobank. Today over 3 million people use Recharge.com to process over $500m of payments every year.