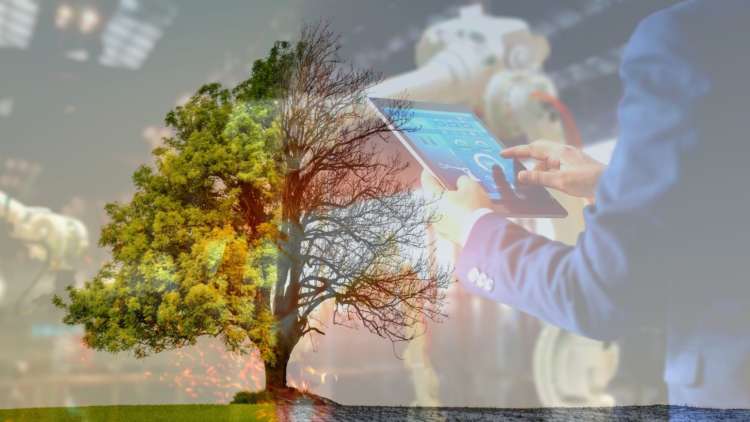 Climate change is at the heart of most global discussions. From political and economic initiatives to mitigate the impact of global warming, to technological advancements to reverse climate change, there have been plenty of measures implemented so far. But how can Industry 4.0 technologies contribute to this further? Here, Neil Bellinger, head of EMEA at automation parts supplier EU Automation, discusses ways in which automation can help with climate change.

The automation and manufacturing sectors are already taking steps to reduce their carbon emissions. For example, new  European guidelines set mandatory minimum efficiency levels for electric motors introduced into the European markets to help tackle climate change.Morover, the Paris Agreement dictates that all signing parties should commit to become carbon neutral by 2050, an ambitious goal that can only be reached through a radical transformation of the most polluting manufacturing processes  Today more than even before, the manufacturing sector is taking action to become more sustainable through the use of automation technology that boosts energy efficiency and reduce the waste of materials and resources. However, innovative automated technologies, such as the ones below, can help nations reach their zero-net objectives even faster.

One of the main causes of climate change is deforestation. According to the Climate Institute, around 25 per cent of the world’s total greenhouse gas production comes from deforestation. Trees act as natural storage areas for carbon dioxide and when vegetation spots are deforested, the carbon dioxide is released into the atmosphere. According to the same study from the Climate Institute, around 46 to 58 thousand square miles of forest are lost to deforestation every year, equal to an astonishing 48 football fields of forest every minute.

To slow climate change, we would need to plant more than one trillion trees, according to the World Economic Forum. This task requires a lot of time and effort, but with the help of automated technologies it can be done faster and more efficiently. An Estonian company, Milrem Robotics has already started designing autonomous robot planters that can plant a hectare of forest in less than six hours.

The robot planters are equipped with Light Detection and Ranging (Lidar), which uses laser pulses to help the robots navigate precisely across the terrain. That is because, for reforestation efforts to be successful, it is important to consider matters such as matching trees to their location, their positioning and their relationship with the soil and insects. These robots are also designed to carry up to 300 saplings and to store each of them into a database.

Planting trees might be the cheapest and most accessible solution for mitigating climate change. With the help from robotics planters, efforts to reforest large amounts of land are more achievable.

While planting many trees can contribute to reducing carbon emissions from the atmosphere, companies like Climeworks believe that we need more than that to tackle the catastrophic climate change situation. Geoengineering, or climate engineering is the large-scale intervention in the Earth’s climate system using emerging technologies to offset some of the negative consequences of climate change.

One area of geoengineer deals with carbon dioxide removal (CDR) from the atmosphere in a direct and permanent way. CDR not only aims to remove emissions produced routinely, but also historic emissions.

Using the same process as trees, carbon dioxide collectors remove emissions by storing them, but they can also reuse them. Swiss company Climeworks specialises in designing technologies that store and repurpose carbon emissions. Their machines consist of modular CO₂ collectors that can be stacked to build machines of any size and are powered exclusively by renewable energy.

Another area that could benefit from automation is the protection of bees from climate change consequences. Bees are one of the most important species on the planet and are essential for human and plants survival. At least 30 per cent of the world’s crops and 90 per cent of all plants require cross-pollination to spread and thrive. Due to climate change, some flowers bloom earlier or later than usual, leaving bees with fewer food sources and habitat loss. Human produced pesticides are also harmful for the survival of bees.

The World Bee Project is the first of its kind to combine technology and scientific innovation to improve the health and wellbeing of bees and other pollinators. Using cloud services, AI and edge computing technology, the initiative has developed the world’s first global bee database that gathers data intelligence from monitored hives all over the world. Monitoring sensors collect data points such as hive temperature, humidity, pollinator decline and deficits, and acoustic data and integrate the findings with indicators such as weather, mapping and environmental data.

The information that is sourced is then used by farmers, policy makers and researchers to develop solutions to improve bee populations. Real time reporting tools and data visualisation helps stakeholders take real action to manage and improve productivity and honey yields while combatting the spread of disease, parasites, and pests.

As humans we have the power to mitigate and reverse the consequences of man-made climate change. However, integrating the latest technologies can help us speed this process and achieve a greener and long-lasting future for the entire ecosystem.

From targeting the inherent causes of climate change, such as carbon dioxide emissions by geoengineering and forestation, to addressing the loss of biodiversity and the importance of bees, automation plays a key role in supporting them. At EU Automation, we supply automation parts to manufacturers all over the world in a timely manner, helping them meet their decarbonisation targets faster. By understanding the benefits of emerging technologies in dealing with climate change and working collaboratively, we can design innovative solutions.