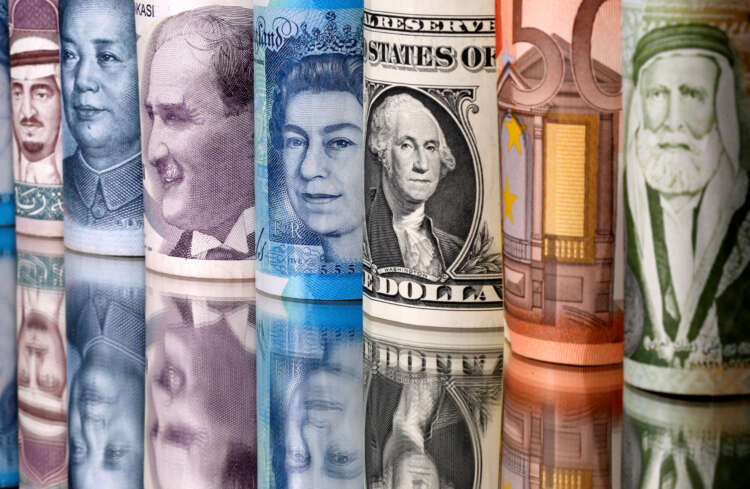 HONG KONG (Reuters) – Higher commodity prices were supporting the Canadian and Australian dollars on Thursday, while a pause in this week’s rally in U.S. Treasury yields meant the dollar also marked time.

The Aussie firmed 0.5% on Thursday extending advances the previous day. The Canadian dollar touched a touched a 10-week high on Wednesday with one U.S. dollar worth C$1.245, before paring gains, also supported by higher Canadian inflation figures.

“Overnight commodity prices were the big driver for commodity currencies, but you’ve still got the undertone that (COVID-19 variant) Omicron is not going to have a lasting detrimental impact on the global economic outlook,” said Kim Mundy, senior economist and currency strategist at Commonwealth Bank of Australia.

Governments worldwide are easing quarantine rules and reviewing coronavirus curbs as they bid to launch their economies back into some version of normality, motivated by the lower severity of the Omicron variant. That has helped commodities rally. [nL8N2TU3HV

In the short term, Brent crude futures touched $89.17 on Wednesday, its highest level since Oct. 2014, supported in by a tight short-term supply outlook. Newcastle coal futures are at their highest since October. [O/R]

Elsewhere the euro continued to edge higher to$1.1347, gradually regaining some ground after having its worst day in a month on Tuesday, when the dollar caught a lift from a jump in U.S. Treasury yields.

The gains come as traders prepare for the United States to tighten monetary policy at a faster pace than previously thought. Fed funds futures have fully priced in a rate hike in March and four in all for 2022.

While analysts polled by Reuters expect the Fed to raise rates three times this year, starting in March, to 0.75-1.00% by end-2022, nearly half of the 86 people surveyed said they expected four hikes.

Bond yields are rising elsewhere, too. Germany’s 10-year bond yield rose above 0% for the first time since 2019 on Wednesday, providing support to the euro. [GVD/EUR]

Overall this left the dollar index which measures the greenback against six major peers at 95.506.