Hackers can now empty out ATMs remotely – what can banks do to stop this? 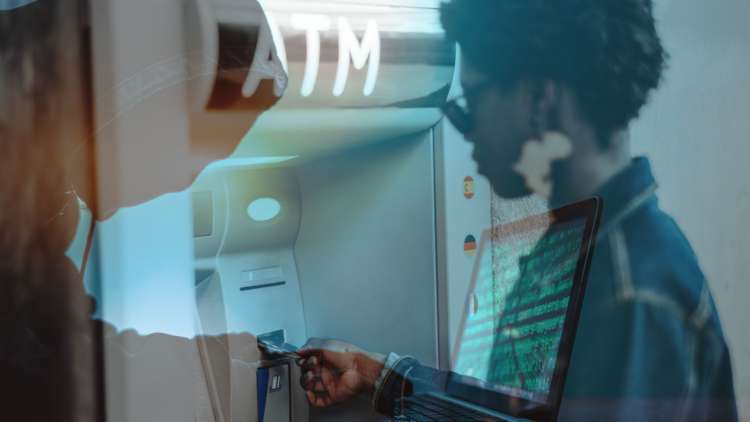 In 2010, the late Barnaby Jack famously exploited an ATM into dispensing dollar bills, without withdrawing it from a bank account using a debit card. Fast forward to the present day, and this technique that is now known as jackpotting, is emerging as a threat and is growing as an attack on financial services. Recently, a hacking group called BeagleBoyz in North Korea have caught the attention of several U.S. agencies, as they have been allegedly stealing money from international banks by using remote hacking methods such as jackpotting.

The reality behind jackpotting

Jackpotting is when cybercriminals will use malware to trick their targeted ATM machine into distributing cash. As this criminal method is relatively easy to commit, it is becoming a popular tool for cybercriminals, and this trend will sure continue in 2021, unless financial organisations implement policies to prevent this and protect consumers.

During this difficult time, when access to cash has never been more important to banking customers, it is imperative that banks give their customers reliable ATMs that work, 24/7, 365 days a year. However, due to the sensitive data that ATMs possess, such as credit card or PIN numbers, they have now become a profitable object for cybercriminals to manipulate. As cybercriminals have been evolving in their efforts of attacking the IP in ATM machines, we will definitely see more jackpotting stories emerge in the coming months, especially with the large return on investment.

How criminals exploit the vulnerabilities found in ATMs

Since ATMs are both physically accessible and found in remote locations with little to no surveillance, this gives an opportunity for criminals to carry out jackpotting, especially with the software vulnerabilities that may exist in many ATMs.

ATM machines have been easily manipulated due to the outdated and unpatched operating systems that they run on. If banks wanted to resolve this issue and update these systems, it would take large amounts of time and money to do so. However, some banks do not have such resource and because of this, cybercriminals take advantage by penetrating the software layers in ATMs and exploiting the hardware to dispense cash.

How can banks tackle this?

As the sector has a complex technical architecture, banking organisations will have to make sure that they have control over the transactions that take place, and this includes the management of security when it comes to communication between various actors. When financial organisations are reviewing their ATM infrastructure, they will also need to protect their most vulnerable capabilities within their cybersecurity. Banks, for example, can encrypt the channels on the message authentication, in the event bad actors try to tamper with their communications.

Because ATM networks need to be available 24/7, banks not only, need to implement greater protection over their systems, but they need to do so with a holistic approach. One action that banks can take is to implement a centralised security solution that protects, monitors and controls their various ATM networks. This way banks can control their entire infrastructure from one location, stopping fraudulent activities or malware attempts on vulnerable ATMs.

Another way for banks to reduce the risk of jackpotting attacks is to update their ATM hardware and software. To do this, they will need to closely monitor and regularly review their machines in order to spot any emerging risks.

What the future holds for the banking industry

As confirmed by the warnings from the U.S. agencies, jackpotting remains a very serious threat for financial organisations. Evidence has also emerged, which shows hackers are becoming more innovative in their tactics. It was reported last year, for example, that hackers stole details of propriety operating systems for ATMs that can be used to form new jackpotting methods.

The emergence of jackpotting highlights the need for banks to actively work to protect their customers’ personal information and critical systems now and for the foreseeable future. In order to stay secure and reduce the risk of attacks, they will need to put in place the aforementioned solutions, which include updating their ATM hardware and software as well as closely monitoring and regularly reviewing their ATMs. As cybercriminals continue to become more innovative in their ways of attacking the machines, the issues mentioned will only continue to rise if they are not addressed. Although the method of jackpotting requires little action from cybercriminals, if financial organisations can implement a layered defence to their ATM security, they can stop themselves from becoming another victim to this type of attack in the future.

What banks need to know about observability