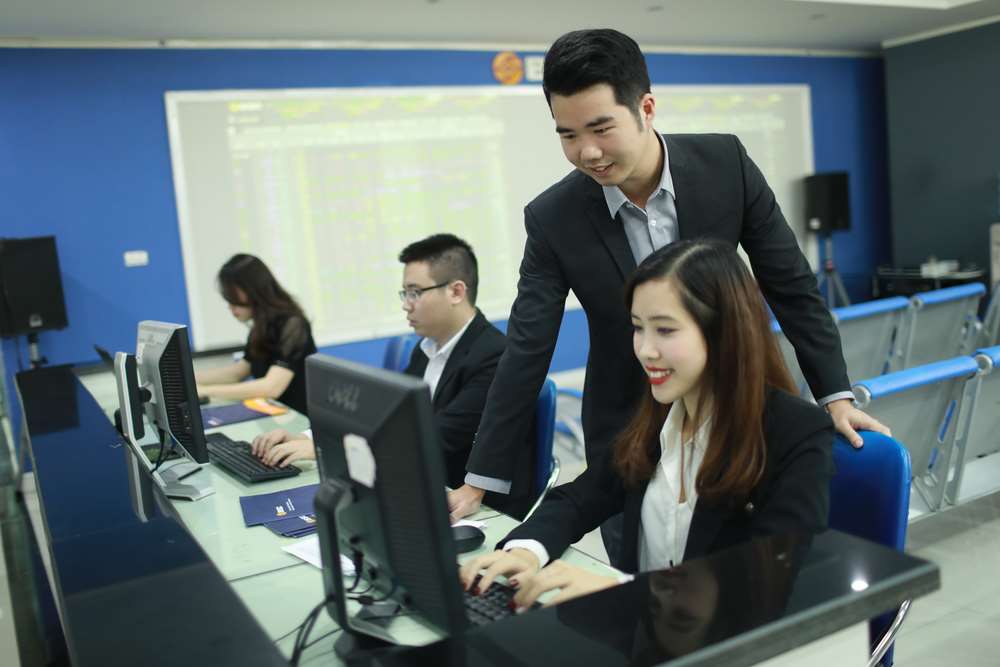 BIDV Securities Joint Stock Company (BSC), which is celebrating its 20th anniversary this year, was recently announced as the Global Banking and Finance Award winner for Best Brokerage House Vietnam 2019. The General Director of BIDV Securities Joint Stock Company (BSC), Mr. Đỗ Huy Hoài, joined us in London to receive the award and give us this exclusive interview to discuss their 20 years of successful operation, Vietnam’s securities market, and the derivatives market.

Established in 1999, BSC was one of the first two securities companies to be founded in Vietnam. The business models of BSC are to accompany, share, and provide the best financial and banking services for customers, deliver the best value to shareholders, and create a professional, friendly working environment, career opportunities, and rewarding benefits for all employees. BSC is a pioneer in community development and is the longest-established financial institution with the most valuable brand in Vietnam. Over 20 years of our development and operation, BSC is the first choice in Vietnam’s economic organizations, businesses, and individuals for financial and banking services.

According to Mr. Đỗ Huy Hoài, BSC offers a competitive advantage to clients, noting that BSC is currently involved in five different areas of expertise permitted by the SSC. “From our point of view,” he says, “we have three major competitive advantages. First, we possess a well-trained and highly qualified team of employees and experts who are well-accustomed to BSC’s traditions and cultures. They distinguish themselves among others in the market. Secondly, we are proud to have looked to the future as we are developing products that are suitable for the upcoming 4.0 revolution. Our third advantage comes from our vast network of agencies all over Vietnam, and we’re expecting to expand even more in order to get in touch with investors.”

Looking at the state of the securities market in Vietnam, we asked Mr. Đỗ Huy Hoài about the current opportunities and challenges. “Presently,” he says, “the Vietnamese securities market is experiencing a correctional phase with a decline of 30% in terms of liquidity. However, this is expected as the market has gone through an explosive uptrend at the end of 2017.” He additionally notes that the ongoing trade war between China and the US has negatively impacted investors’ expectations. “This reaction is not limited only to Vietnam as you can see,” he says, “there’s also a correction in the US and the Asia-Pacific region markets.”

In Mr. Đỗ Huy Hoài’s opinion, however, the macro-economy in Vietnam is faring quite well. He states that indicators are strong and the structure of the economy, as well as the business environment, is advantageous, which is the base for the securities market to grow. He feels that, in the face of the trade war, the current downtrend is only temporary.

Currently on a watch-list from being a frontier financial market to a secondary financial market, Vietnam is looking at a considerable upgrade, and we asked what that sort of upgrade might mean for Vietnam. Mr. Đỗ Huy Hoài confirms that such an upgrade would be both beneficial and expected for the market, proving that the international outlook on the Vietnam securities market over the past 20 years has vastly improved in terms of growth and development. 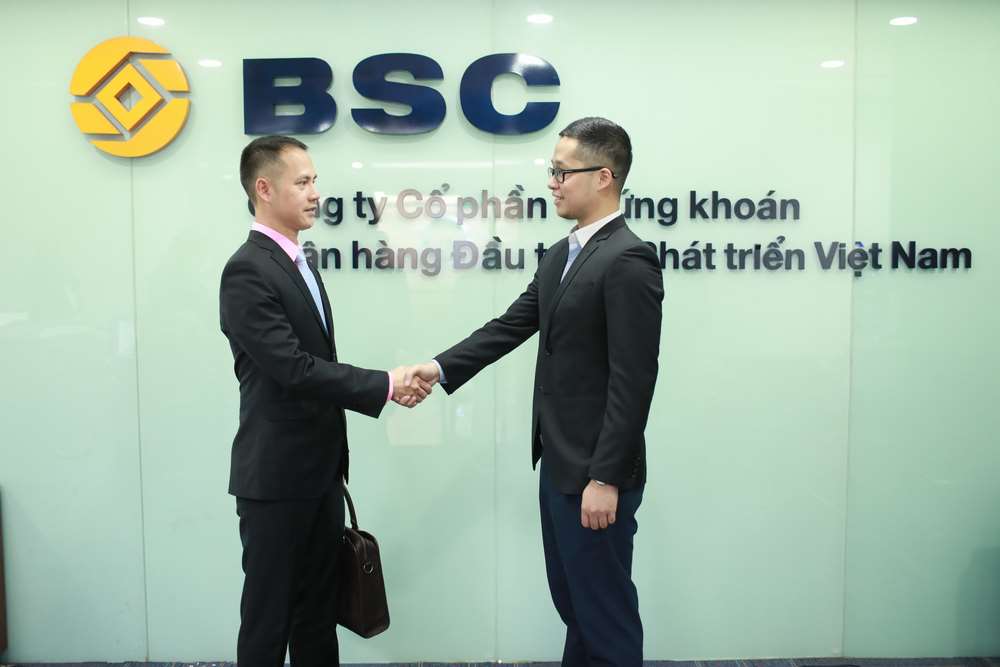 “With such an upgrade,” he says, “the Vietnam Securities market would benefit greatly and, this would be advantageous for both domestic and foreign investors. A move from being a frontier market to an emerging one would result in an inflow of investment from foreign funds as room for these investors has been upgraded. For domestic investors,” he continues, “they would become more assured to join the market as with these positive changes. As for Vietnamese companies, the development of the securities market is a signal that the business environment is becoming more transparent and that they can employ the market to raise capital– a scenario that is certainly attractive to both the securities market and business owners.”

We next asked Mr. Đỗ Huy Hoài to discuss what makes Vietnam an attractive investment destination and why. Its attractiveness, he says, stems from three key factors. Firstly, he names the geopolitical factor. “Vietnam is within a dynamic and developing region of Asia-Pacific and more specifically, the Southeast Asian region which is often dubbed as the most dynamic region in the world with average GDP growth of 6-6.5%. With such a position, Vietnam is rife with opportunities to grow further into the future.”

Secondly, he acknowledges the stability of Vietnam’s macro-economy. “Inflation is low and interest is stable,” he says. “Our monetary and fiscal policies are encouraging growth in all sectors of the economy.” To date, Vietnam has signed approximately thirteen bilateral and multilateral treaties with multiple countries, including the US, China, India, and Japan. Most recently, Vietnam has signed the European Union Vietnam Free Trade Agreement treaty, which is, according to Mr. Đỗ Huy Hoài, a great catalyst for the growth of the economy in the future.

Lastly, he credits Vietnam’s population. “Our economy is supported by its golden population,” he says. “As such, our labor force is joining in to propel economic growth well into the future. I expect that with these factors, Vietnam will be even more attractive to investors worldwide. At the same time, I hope that our market conditions and the environment are well-equipped to accommodate these investors and businesses.”

Moving to the topic of the derivatives market, we asked Mr. Đỗ Huy Hoài about the types of instruments and research BSC employs. The derivatives market is, he says, an inevitable step in the growth of the securities market for Vietnam, which shows the government’s commitment to further developing the market. Currently, BSC has a product based on the VN30 Index, which, according to Mr. Đỗ Huy Hoài, attracts the attention of the public and investors. He further notes that, on 20th June, a new product called “Covered Warrant” was officially traded. He states that, although relatively new, the product has already garnered some attention for itself. 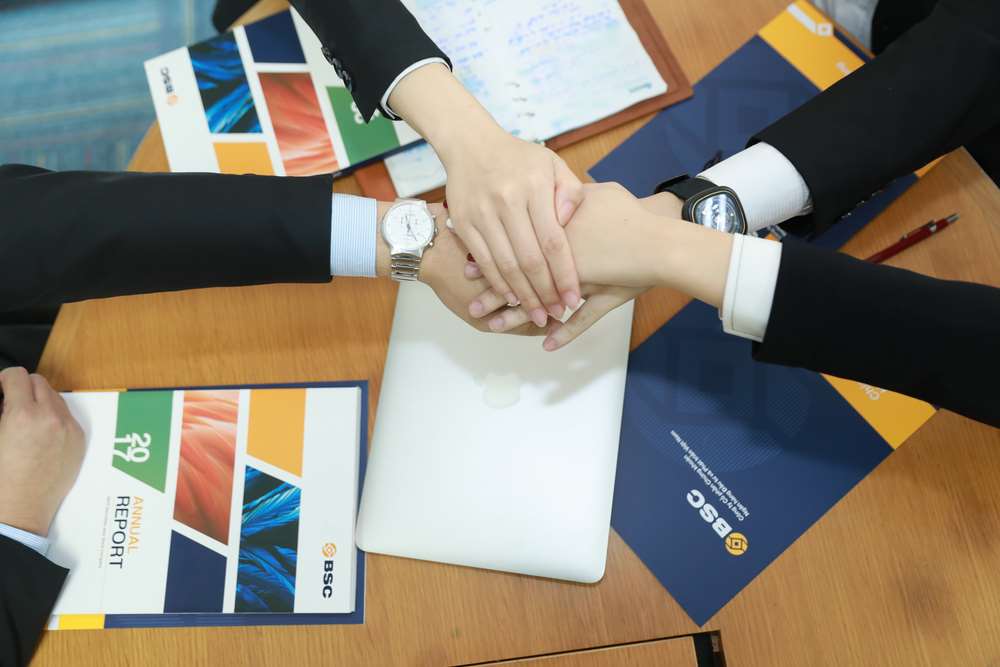 Bond derivatives, which would be derived from government bonds and supply another variety to both the bond and derivatives market, are also expected to be introduced, he says. “We hope that with such a powerful development together with the government’s encouragement, other infrastructure of the derivative market as well as its products will become more diversified in much shorter time to satisfy the needs of investors.”

According to Mr. Đỗ Huy Hoài, BIDV Securities Joint Stock Company’s strategies for future development involve a five-year plan to navigate and further the company’s position in the market. “In the short term,” he says, “we look to expand our capital ability by searching for and inviting prominent shareholders to join the company. We hope that, with the joining of these people, we will gain more financial capability as well as experience in order to support the company’s business and operations.”

Mr. Đỗ Huy Hoài states that BSC would also like to highlight its focus on introducing new products. The core of the first phase with the products centers on presenting them to the public, while the second phase would see the initiation of acceptance and investment en masse. BSC seeks to further develop its current technological and derivatives products in order to solidify its position in the market.

Additionally, BSC plans to continue with the upgrade of its technological framework so it can support growing operational transactions, services, and products. The company plans to continue consolidating and advancing its teams of employees and experts in the financial sector, stating that they are well-equipped with expertise in their field and accustomed to BSC’s tradition, making them key factors driving the company’s competitive advantage forward.

Last but not least, Mr. Đỗ Huy Hoài confirms that BSC remains wholly committed to its corporate responsibility. “By engaging in a wide range of activities, we show that we are responsible to the community. Besides paying our taxes, we take the initiative to build schools in remote areas of Vietnam, bringing warmth and joy to children there. Through these actions, we hope that our personnel can contribute not only to the business but also to society.”

The Key to Retail Banking Success

Why are banks struggling to meet SMEs’ needs?