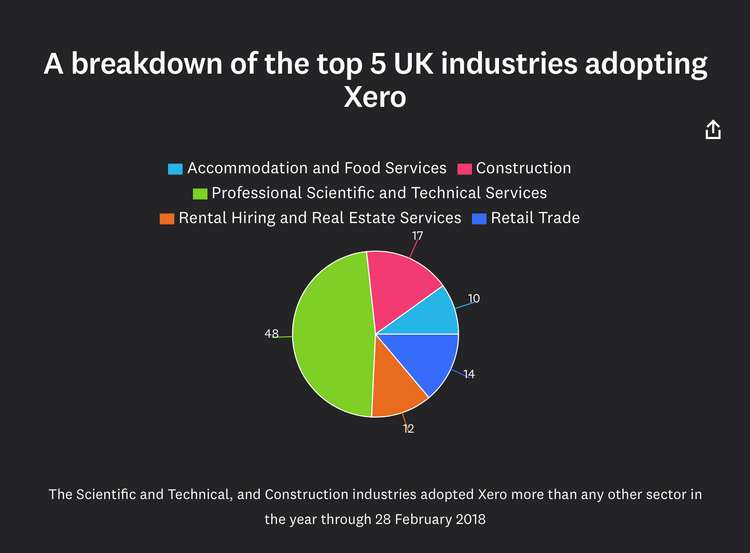 New analysis from Xero, the global leader in online accounting software, shows that despite continued pledges and policies to reduce late payments for the nation’s small businesses, over half (52%) of invoices were paid late in 2017.  The data is drawn from hundreds of thousands of small businesses that process their invoices through Xero.

Launched today by a panel of experts, including the economist Vicky Pryce, Xero’s Small Business Insights provides one of the UK’s most comprehensive pictures of small business economic health – from the late payment epidemic to the impact it has on cash flow. This snapshot tracks the performance of small businesses across five key pillars: getting paid, cash flow, hiring people, trading overseas and the adoption of cloud technology.

The index reveals that small businesses experience the tightest cash-flow squeeze in the first quarter of the year, with only 45 per cent of Xero subscribers starting the New Year cash flow positive in 2017. Over the past year, cash flow positivity hit highs of 51.7 per cent (October) and 50 per cent (November), dipping to lows of 46.4 per cent in January 2018.

With the Government vowing to eliminate “the continuing scourge of late payments”, experts on the panel warned of the importance of protecting small businesses from the impact on cash flow and the overall economy. The indicator shows that over the past year 30-day invoices are on average paid after 40 days, nationwide.  Yet further analysis of FTSE 350 companies show that on average they pay their invoices after 46 days, a full 6 days longer than smaller firms.

The analysis of the FTSE 350 and their invoice payment times to Xero small businesses subscribers has singled out a ‘watch list’ of consistently late paying sectors. Topping the list were Food Producers (averaging 60 days), Construction and Materials (averaging 57 days), and Household Goods (averaging 53 days).

FTSE 350 companies in the Pharmaceuticals and Biotechnology sector were revealed to pay the most inconsistently, with invoices being paid an average of 47 days in 2017, a low of 37 days in September 2017  and a high of 68 days in June 2017. The Small Business Commissioner Paul Uppal commented: “Small businesses are crucial to the health of our economy so it is vital that they feel supported in all areas, but particularly in the fight against late payments. My role as Commissioner exists to help small businesses get paid on time, and while the Government works on measures to address the late payment epidemic, businesses should not be afraid to come to us for help. Now is the time to make Britain the best place for entrepreneurs to flourish.”

Vicky Pryce, economist and previous Director General for Economics at the Department for Business, Innovation and Skills, commented: “The impact of late payments on the economy cannot be exaggerated. Work done by the European Commission looking at both business to business and government to business payments found that late payments were directly associated with worsening firms’ cash flow positions, and particularly for smaller firms.  Many are left with no option but to request extensions of overdraft facilities and increases in their financing costs and in bank borrowings. Late payments prevent the economy from reaching its productive potential.” Xero UK’s managing director and co-founder Gary Turner, commented: “Small businesses are the backbone of the British economy however there is little by way of accurate and timely statistical insight into their health and productivity.

“It will get people talking, creating new ideas and driving for growth – and that is where future success lies.”

The Small Business Insights index relies on every Xero subscriber that meets the criteria for each pillar: getting paid, cash flow, hiring people, trading overseas and the adoption of cloud technology.  This makes it more accurate than most private surveys, which have a far smaller sample size. The analysis is updated far more frequently than most small business data pools and will deepen the understanding of the UK’s small business economy providing information that’s more timely and accurate than any other data source.