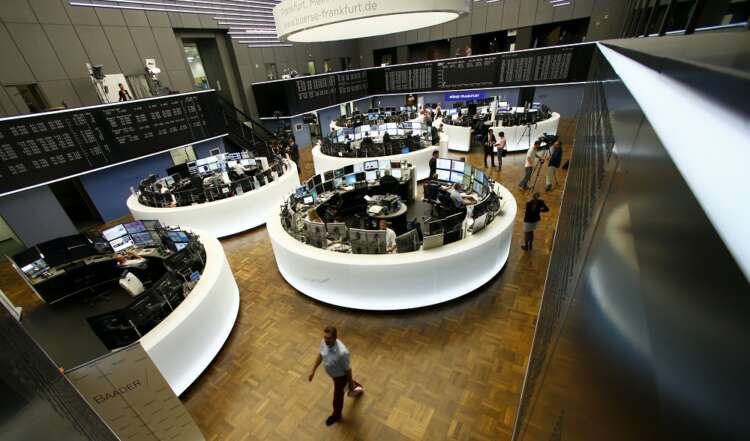 (Reuters) -European stocks were on course for their worst week in two months on Friday following a carnage on Wall Street as investors feared that bigger interest rate hikes would be needed to tame decades-high inflation.

The pan-European STOXX 600 index fell 1.6%, with retailers suffering the biggest loss among sectors.

Europe’s retail index slumped 2.5% to hit its lowest in two years after a string of weak earnings reports that highlighted the fallout from surging inflation, the Ukraine war and fresh round of lockdowns in China.

Adidas dropped 5.1% as it lowered expectations for 2022 sales as renewed COVID-related lockdowns in Greater China continue to hit the German sportswear company.

German online retailer Zalando extended losses for a second session, down 6.2%, after recording its first ever decline in quarterly sales.

U.S. stocks fell sharply on Thursday as investor sentiment cratered in the face of concerns that the Federal Reserve’s interest rate hike this week would not be enough to tame surging inflation. [.N]

“I can’t help but think that a great deal of the reaction yesterday was the appreciation that whilst the Fed can make soothing pronouncements, they are starting from an extraordinary difficult starting point, and with limited flexibility to respond to market or economy concerns whilst they fight inflation,” Deutsche Bank strategist Jim Reid said in a note.

U.S. monthly jobs data, due later in the day, will likely offer more clues on labour market strength and signs of wage pressures, factors that could impact monetary policy expectations.

Meanwhile, a recession warning from the Bank of England weighed on UK stocks. [.L]

Oil & gas stocks were among the few gainers in Europe, up 0.7%, as crude prices traded above $110 a barrel ahead of an impending European Union embargo on Russian oil.[O/R]

Among other companies that reported, ING Groep NV, the largest Dutch bank, fell 3.1% as it reported a worse-than-expected quarterly net income, including a surge in provisions for bad loans due to its exposure in Russia and Ukraine.

Spanish pharmaceuticals company Grifols gained 8.4% as it reported the volumes of blood plasma it collected reached pre-pandemic levels in the first quarter.