GILLA $BILLION STRATEGY TO BE FIRST IN GLOBAL VAPING 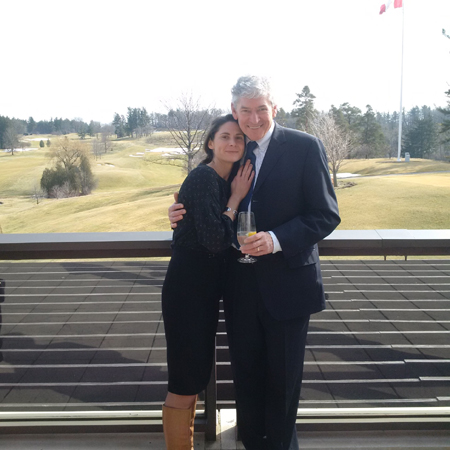 The author teaches marketing at the University of Toronto. His daughter Rachael is one of the one billion. According to the World Health Organization http://www.who.int/en/ about a billion people on the planet smoke. In the west, at least, many of them are trying to quit with e-cigarettes or other vaporizing devices in search of a safer way to continue their nicotine habit.

Since 2004, when the products were first introduced to the market by Chinese entrepreneurs, use has skyrocketed. Today they represent a booming industry estimated at US$3.5 billion in 2015 by Reuters/Ipsos.  http://www.reuters.com/article/us-usa-ecigarette-poll-analysis-idUSKBN0OQ0CA20150610

As smokers try to quit or make the switch, they chip away at worldwide annual tobacco revenues estimated at $315 billion. And, at the eye-popping yearly profits of the industry’s market leaders which the Tobacco Atlas pegs at around US$45 billion, equivalent to the combined annual profits of Coke, Disney, General Mills, FedEx, AT&T, Google, McDonald’s and Starbucks.

So, it’s probably safe to say that the fast growth of the alternative industry of vaping, as proponents call it, is not going to slow down any time soon despite legislation in predominantly Western countries to control and tax its use.

In fact, calling e-cigarettes and vaping 95% safer than smoking, Public Health England  https://www.gov.uk/government/publications/e-cigarettes-an-evidence-update recently endorsed their use to reduce harm and save on health costs related to the one in five adults in the UK or about ten million people who smoke.

It is well known that many people vow to give up smoking as a New Year’s resolution.

David Cameron, the British Prime Minister, in response to a question from Mike Pawsey, Conservative MP for Rugby and Bulkington about the Public Health England announcement and the misfortune that half of Britons are unaware of the benefits of e-cigarettes, said in the House of Commons “Certainly, as someone who has been through this battle a number of times…we should look at the report from Public Health England…it is promising to see that over all, one million people are estimated to have used e-cigarettes to help them quit or have replaced smoking with e-cigarettes completely.”

Other governments, especially those with a public health system, must have taken notice. And one visionary entrepreneur with a first-of-its-kind public company now operating in the United States, Europe, Africa and Asia has seized the opportunity to be the global leader in this entirely new business space.

Graham Simmonds, CEO of Gilla Inc. (OTCQB:GLLA)  http://gilla.com/ a designer, marketer and distributor of electronic cigarettes, vaporizers, e-liquids and related accessories thinks that vaping will surpass that of e-cigs (he calls them cig-a-likes) and overtake the sales of traditional cigarettes in about a decade.

“There are three really good reasons for the success of our business beyond our strengths in innovation, management and being first past the post,” says Simmonds. “The pace of innovation in the vaping business, growing demand from consumers and an unrelenting trend toward safer products.”

Simmonds puts his money where his mouth is. He has served as a Director and as Chief Executive Officer of Gilla since 2012 and as Chairman of the Board since May 2015.

In an industry that is only ten years old, Gilla has expanded apace. The company white labels for established cigarette and tobacco manufacturers with thousands of distribution points across North America and the world. In a series of bold steps, Gilla recently acquired an e-liquid manufacturing facility in Florida, an e-liquid subscription based online retailer, the Craft Vapes e-liquid brand with retail operations in the United States, the United Kingdom and France and formed Gilla Europe serving 25 European countries with a sales and distribution team, offices, logistics and warehousing.

“We absolutely plan to be the global leader in the manufacturing and distribution of e-liquid brands and proprietary recipes for the vapor industry” says Simmonds. “I firmly believe our business will acquire an increasing portion of the tobacco market, year over year.”

At forty-four, that’s a nice big playing field for Simmonds, an aggressive ski enthusiast with seventeen years of experience in public company management and business development in the gaming and technology sectors.

Gilla first got into the electronic cig-a-like business several years ago as an OEM customizing solutions for big tobacco companies. Simmonds recognized fairly quickly that the product was limited in its capabilities. He saw a huge shift to liquid products and fill-your-own tank systems.

At that juncture Gilla made an adjustment to its business plan to capitalize on the shift.

“It’s a shift from hardware to software,” says Simmonds. “Software being the liquid, hardware the piece that’s coming in from Asia. Obviously we’re not going to compete with the Koreans and the Chinese in making small electronic systems.”

A lot of mom and pop businesses have started up across the US and Europe. Bottling product, mixing and creating. A high number of these small shops moved onto the market very aggressively in the last few years. Gilla saw the opportunity for acquisitions and began to build a consolidated portfolio of brands for the liquid space.

A year ago Gilla bought an OEM manufacturing platform for bottling that keeps the lights on and has helped Gilla acquire a portfolio of brands, consolidate and realize efficiencies in operations, marketing and sales.

“Since last year we’ve bought four companies and added six brands and are adding brands organically with our own mixologists and the team on staff,” says Simmonds. “We’re approaching the market on an international basis as opposed to any limited jurisdiction like the US. It’s a global play that includes the US, Europe, South Africa and Asia Pacific.”

Big tobacco has seen its largest declines over the last few years and there are several reasons. Smoking out of doors. Tougher new rules and regulations around smoking. And some of the significant declines are due to e-cigarette use.

Wells Fargo analysts have projected that by 2025 e-cigarette sales will be equal to combustible cigarettes.

“That’s not necessarily to say that e-cigarette sales will get to the US$90B figure in revenue a year in America,” says Simmonds. “Rather, that combustible cigarette sales are going to decline even sharper over the next ten years.”

The retail vaping industry, on the other hand, has been growing rapidly and is fast approaching 12,000 vape shops in the US and 20,000 worldwide.

The result is a supply chain that is a unique and an entirely new retail network.

Gilla saw the opportunity to go into the industry and make the supply chain more professional, efficient and well-managed. In the process, the retailers have become part of the Gilla phenomenon.

A partnership with Gilla’s customers includes providing cost-effective marketing, displays and branding on a mass scale.

“The margins are high enough that we are able to make the marketing and branding complementary,” says Simmonds. “It’s a little bit like buying enough of a brand name beer and they throw in marketing and umbrellas. Gilla helps with infrastructure needs, supply chain needs and we make sure they are getting product to the ultimate consumer on time.”

The tobacco industry is about brands and distribution with millions of retail locations. Convenience stores sell more basic products including cig-a-likes. That’s where the investment is and products are needed that can be pushed through the existing distribution system.

In the e-liquid business, where brands sell at a higher price and premium products call for direct sales acumen, vape shops are opening new doors with custom solutions that meet the wants of a whole new breed of clientele.

Gilla plans to continue to penetrate these new markets, while managing the growth of its more mature US customer base.

As for branding, Gilla products are mostly made in the good old US of A. The cache that comes with the allure of made in America certainly helps with branding, exposure and getting established in world markets.

“Gilla is starting to see a shift to our products in new markets,” says Simmonds.

The company sees security in having a multi-jurisdictional approach to marketing its products. And from a consolidation standpoint wants to acquire brands with a unique market penetration.

“This is a totally unique opportunity to participate with us in a global venture in a completely new, fast growing industry,” says Simmonds. “It’s a consumer product with a big upside. Our user base is being provided the opportunity to invest in the business as well, so we think Gilla can be a flagship company for the entire industry.”