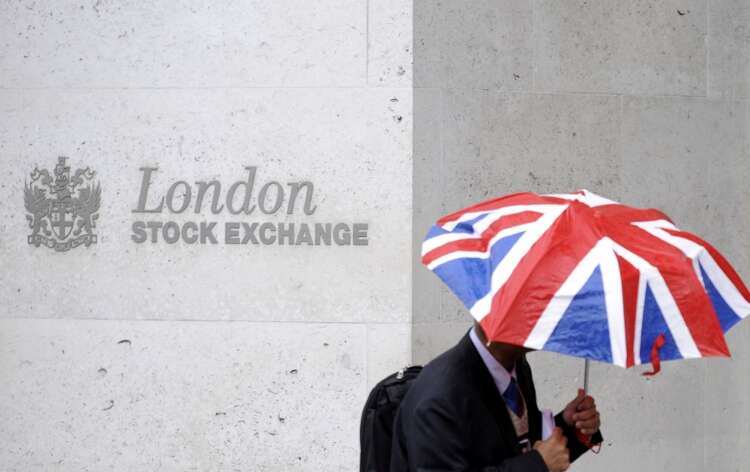 (Reuters) -UK’s FTSE 100 was pinned near a two-month peak on Tuesday as investors awaited U.S. inflation data to gauge the pace of interest rate hikes, while shares of Abrdn fell after the asset manager posted lacklustre half-yearly numbers.

The blue-chip index added 0.1% after closing at its strongest level since June 9 on Monday.

Global markets traded in tight ranges ahead of U.S. consumer prices data on Wednesday, with investors waiting to see if the U.S. Federal Reserve might dial down its fight against inflation and provide a better footing for the economy to grow.

“When the economy rolls over, then you might see the CPI come lower. I don’t see much optimism on the horizon,” said Keith Temperton, sales trader at Forte Securities.

While stock markets have rallied off their mid-June lows, aided by a better-than-expected earnings season and retreat in commodity prices, investors are questioning if the rally can sustain as economic conditions deteriorate.

The Bank of England will probably have to raise interest rates further from their current 14 year-high to tackle inflation pressures that are gaining a foothold in Britain’s economy, BoE Deputy Governor Dave Ramsden told Reuters.

Focus will be on Friday’s data, which is expected to show the UK economy contracted in the second quarter.

Still, the UK blue-chip index has outperformed its global peers this year, helped by its exposure to rate-sensitive bank stocks and commodity-linked shares that have benefited from a surge in oil and metal prices this year.

The FTSE 100 index is up 1.5% so far this year, compared with the nearly 15% tumble for the MSCI world equity index during the same period.

The midcap index was flat on Tuesday, with office rental firm IWG tumbling 10.8% after disappointing first-half results due to inflationary woes and COVID-related restrictions in certain markets.

(Reporting by Sruthi Shankar in Bengaluru; Editing by Sherry Jacob-Phillips and Sriraj Kalluvila)