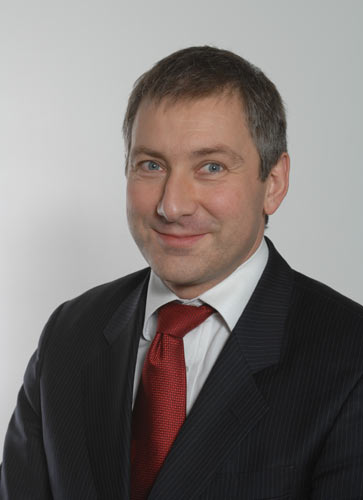 The path of appointing an independent and respected external figure to review corporate activity and make recommendations is now well-trodden by (often recently appointed) Chairmen and CEO’s in response to a serious corporate integrity failure. It is certainly not restricted to Banks, although the spate of revelations of banking integrity failures has led to unprecedented public scrutiny.

While the most detailed and penetrative aspects of reports focus on the institution to which they are addressed, they invariably hold valuable lessons for the whole industry – indeed for corporates and organisations generally. These points are often made by the authors of such reports. Yet, all too often we see the same failures, and the same underlying causes, highlighted in successive reports.

Has so little really been learned over the years, or is there another factor driving repeated corporate integrity failure?

This question is brought into sharper focus by the recent publication of two significant reports on UK-based banks: the Salz Report, considering corporate integrity issues at Barclays, and the UK Parliamentary Commission on Banking Standards report on HBOS.

Both reports were critical of the organisations reviewed, though Salz rightly acknowledges the cultural changes at Barclays initiated by the new Chairman/CEO team of Sir David Walker and Antony Jenkins. The Banking Standards’ Committee “decided to examine HBOS ourselves as a case study of banking failure, in order to identify lessons for our wider work on banking standards and culture”. The resulting report is corrosively critical of the former top management of HBOS who have mostly – to date – escaped punitive measures by the UK regulators.

Those with memories reaching back before the cataclysmic events of late 2008 and taking an interest in corporate ethics outside banking will recall the Woolf Report on BAE Systems, published in May 2008. The report was commissioned from the independent Lord Woolf by BAE’s Board after the company had been dogged by allegations of corruption in relation to major contract awards around the world. The Woolf Report did not investigate the allegations of past improper payments – to the disappointment of anti-corruption campaigners such as Transparency International – but it did examine BAE’s corporate culture and make recommendations as to how BAE could become a leader in corporate ethics.

There are many striking similarities in the findings and recommendations of many reports that examine corporate integrity failures as diverse as corruption, health and safety failures, environmental damage, corporate fraud, anti-competitive practices, or LIBOR manipulation, AML failures, and mis-selling.

These common themes should be object lessons for corporate leaders including CEOs, Chairmen and non-executives. They are often obvious with hindsight and clearly widely relevant, yet apparently consistently lost in translation.

The Woolf Report recommended widespread measures including: setting clear and consistent corporate values (including integrity; openness and transparency at all levels); emphasis of the roles and responsibilities of the Board and other senior leaders; enhanced communication; adequate assessment of ethical and integrity risks; ethical and integrity considerations embedded in all corporate decision-making; sound, consistent and effective values, policies, procedures and controls; and the role and importance of “gatekeeper” or control functions such as compliance, internal audit, legal, finance and HR.

A quick skim through the Salz Report will find these themes repeated in recommendations for Barclays to address in 2013.

This returns us to the earlier question: why do corporate leaders apparently find it so difficult to apply these hard-lessons in their own organisations?

Perhaps an answer can be found in the studies of the psychology of leadership failure. As research by Professor Adrian Furnham and others shows, the qualities of massive drive and belief in their own abilities that help propel leaders to the top can, taken too far, become the basis of catastrophic corporate failure. In any event, it is difficult for corporate leaders to find – and accept – internal messages that contradict their world-and self-view. And in spite of the oft-stated intent to position their businesses at the top of the corporate league of “respect”, “integrity” and “openness”, the number of Woolf- and Salz-scope independent reviews commissioned by “live” leaders is miniscule, despite the Woolf recommendation to this effect. Posthumous examination of predecessors’ mistakes or last-ditch survival is too often the motivation for the few such reviews that have taken place.
This is a shame. A critical and independent examination of the corporate cultural health of the business could help avoid the “systemic management failure” highlighted by the Banking Standards Commission at the heart of the HBOS failure.

In setting the scope for such examinations, Woolf’s blueprint has been further – and usefully – evolved by Salz. Moving beyond a review of basic compliance activities is necessary to reduce the risk of systemic failure in businesses whose compliance programmes would tick most if not all of the traditional compliance programme requirements. We know that corporate integrity will be undermined by dysfunctional leadership, silos, short-termism, secrecy, and good-news reporting. The ways in which future and unofficial leaders of organisations are identified and behave, and how they are developed, are critical to cultural health. Similarly, the status and respect for gatekeeper and control functions is important both practically and symbolically. Are compliance and internal audit key development teams for aspiring leaders or career dead-ends? When it comes to the oft-quoted tone from the top, actions – especially in relation to leadership succession and fostering critical internal debate – are far more powerful than words.

A willingness to critically examine these areas of corporate integrity risk and have a mirror held up to the Board’s own behaviours will, of itself, send a powerful message of intent to an organisation. Culture cannot be changed directly or overnight, but enlightened and open-minded leaders can exert a powerful influence in a short time through symbolically important changes that signal new priorities in organisational respect, influence and leadership behaviours.

While “systemic management failure” can destroy a hitherto successful career, adopting an open approach to trying to get it right can, as Salz highlights, increase public, regulatory and political tolerance of isolated errors and reduce reputational damage for the organisation and its leaders. There is an opportunity here for the banking sector to take a collective lead, and in doing so repair much of the reputational damage sustained since 2008. Time will tell how effectively banking leaders adopt Gandhi’s maxim “Be the change that you wish to see in the world”.
John Higgins is a senior managing director in the FTI Consulting Forensic and Litigation Consulting practice based in London. He is one of the UK’s leading experts in anti-corruption compliance. Mr. Higgins has 25 years international experience in economic crime advisory work, compliance, governance and risk management, consulting, accounting and auditing.