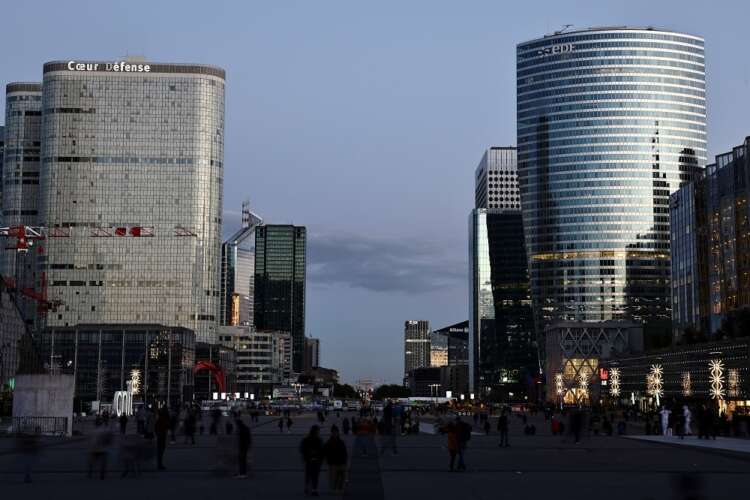 PARIS (Reuters) – French business activity has grown less quickly than expected in June, a preliminary monthly survey by S&P Global showed, as inflation and disruptions to supplies of goods have weighed on the euro zone’s second-biggest economy.

S&P Global added that last weekend’s parliamentary election, in which President Emmanuel Macron lost his absolute majority, would also weigh on the economy.

It said its flash services Purchasing Managers’ Index (PMI) for June stood at 54.4 points – down from 58.3 points in May and below forecasts for a reading of 57.6.

Any reading above the 50 point mark indicates growth.

The June flash manufacturing PMI number fell to 51.0 points from May’s 54.6, well below a forecast for a smaller fall to 54.0 points.

The June composite PMI flash figure which comprises the services and manufacturing sectors stood at 52.8 points, down from 57.0 points in May and below a forecast for 56.0 points.

“While a loss of momentum was to be expected as the resumption of economic activities post-lockdown boosted growth, the slowdown has been aggravated by substantial price pressures,” said S&P Global Market Intelligence senior economist Joe Hayes.

“The slowing economic trend in France is also compounded by a fresh bout of political uncertainty due to the hung parliament result in the national elections. Business confidence slid to a 19-month low in June. Overall, June ‘flash’ PMI data add to tangible recession risks for France,” added Hayes.