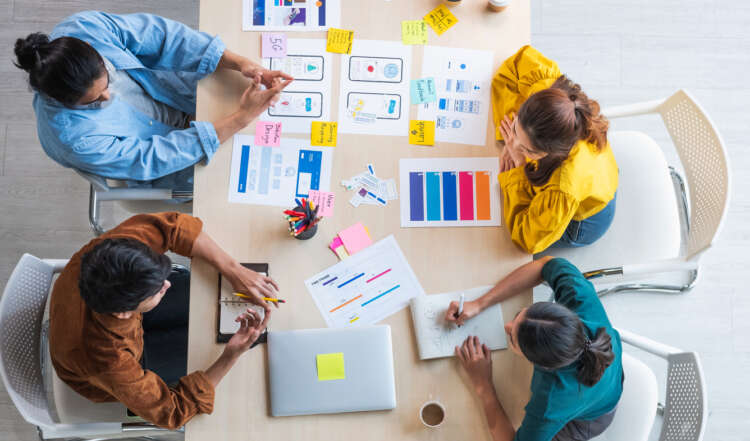 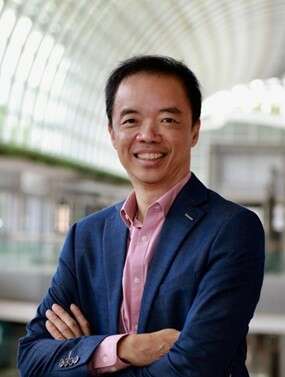 Designing and building a digital bank requires the fostering of an innovative culture that is crucial to success. When working at UOB in Singapore, I was challenged to create the first digital bank in the ASEAN region called TMRW, it taught me about creating a work environment where there is sufficient challenge, as well as support so that staff regardless of rank can contribute and there is sufficient robustness in debate and discussion. These small innovations could manifest in the way decisions are made, or in small shifts in thinking that could lead to a very different design downstream. We explore some of these manifestations and how they are inculcated in this article.

Innovation can only take place when there is an organisational culture where members feel safe to challenge ideas and decisions. Without sufficient challenge, the best thinking doesn’t happen. What you end up with instead are mediocre results. Creating such a culture is much harder than it sounds, however, because staff will always feel it is risky to challenge the thinking of their boss. Hierarchies are a major obstacle to the free exchange of opinions.

Breaking Down the Hierarchy

To overcome this at TMRW, I encouraged everyone to always ask “Why?” and made it a rule that if the most junior person in the room asked “Why?”, it was the responsibility of the most senior staff present to answer the question; if he didn’t have the answer, he would find out if the question revealed an important line of inquiry that could lead to a positive outcome. This simple rule broke down the hierarchy barrier. The healthy debates that ensued allowed us to properly flesh out the issues at hand and come up with more rigorous ideas.

One particularly thorny one was whether we should support all existing products that UOB already had. Whilst this may appear to be a very mundane issue, it was one of the most critical design decisions as it affected every single feature that would be rolled out. There were many views for and against it. Not doing it meant much greater simplicity in the design, but not doing it also meant that if you had products that were UOB and TMRW, a customer couldn’t see all of them which was problematic. Unsecured loan lines were granted at a customer level, and hence there was an obligation to show them in totality. This debate went on for quite some time as it was a major design decision that was hard to reverse once decided. Making quick decisions where the impact was small and making calculated and well-debated decisions where the stakes are high is a crucial balance that the innovator has to strike.

Another of the trade-offs was which brand direction to take. There were two different campaign directions, let’s call them path A and path B. Path A was refreshing and clearly differentiated in its use of colour and icons, and somewhat of a breakthrough and innovation in the stuffy world of banking user interfaces. Path B, however, took this to the extreme. It was edgy, loud and in your face. Both were innovative.

Even if I had a strong view on something, I felt it was always important to listen to the evidence or opinions against them. The more senior you are, the more important the decisions and hence the probability that the damage is big if the decisions go south, is always present. This quality helps to make more balanced decisions, especially when the stakes are high. I recall that Wendy, my head of marketing wanted to take path B, and whilst I had many good reasons to prefer path A (sufficiently differentiated but not to the extent that it could alienate), I nevertheless wanted to be sure that the decision was right, as again, this is a major decision that is hard to reverse once made.

So, I asked Wendy to develop both paths, and after listening hard to the case for path B, I finally decided to take path A. And I explained the reasons why as clearly as I could. Some present at the debate felt that the extra work was not warranted, but this is an example of the environment needed to foster creativity and innovation: you are always listening for reasons why you might be wrong in a major decision.

For those that found themselves on the opposite side of the debate, it was never personal. The idea is to have “strong opinions that are weakly held” – a framework developed by Stanford University professor Paul Saffo (Ranadive, 2017). This is a useful framework for innovative work that’s pushing the boundaries, where there may be no established literature to help you decide. If you have a better perspective and argument, then that carries the day, not your seniority in the hierarchy. The patience to listen to another viewpoint, not to rebut but to understand is critical for this to work well.

Another technique for sparking innovation is adding constraints. “Constraints aren’t the boundaries of creativity, but the foundation of it” – this quote by Brandon Rodriguez says it all (Rodriguez, 2017). Sometimes, setting conflicting constraints can ramp up the innovation process even more. An example of this in TMRW was setting ourselves the goal to engineer the app so that we could achieve simplicity and ease of use – but with the added constraint that we had to do it without using any first-level menus. This at first seemed like a crazy thought. But conflicting constraints have led to breakthroughs before in other industries. “When designing what became the Lexus line, Ichiro Suzuki, Toyota’s chief engineer, stipulated that the new car needed to be faster, lighter, and more fuel efficient than existing luxury sedans.

The order was full of contradictions” (Murray & Johnson, 2021). Although we didn’t manage to accomplish the removal of all the first-level menus (Under the profile tab in TMRW you can find the few we couldn’t remove), it nonetheless resulted in an interface and navigation that is distinctly different in its ease of use and navigation. The TMRW user interface design is one of the first things you notice about it, from the strategic navigation incorporating vertical scrolling for insights and horizontal scrolling for banking products, to the significant reduction in complexity due to the lack of first-level menus.

Without setting constraints, innovation may be hard to achieve – especially so when you are trying to drive a total experience that is seamless, frictionless and intuitive. If, on the other hand, you are dealing with an innovation of a big breakthrough nature, then it may be possible to let most of the creative solution to a known difficult problem filter up from the ground. However, at TMRW we were mostly dealing with stringing together a range of solutions for pet peeves and regular complaints, e.g., unclear explanations and instructions, repeated service requests that remained unresolved and hence required repeating, poorly designed navigation, inability to perform functions online like changing the PIN, etc. These necessarily had to be coordinated so that one change didn’t make something else worse off and affect the whole experience.

The culture that digital banks of the future must have can best be described as non-hierarchical, with a high degree of involvement and candour, a lack of bureaucracy, low ego but high mission orientation, a clear sense of mission and purpose, where rank is less important than substance. If you build this within an existing complex entity’s structure, it will in most cases fail. This is why when people ask me whether the digital bank should be a standalone unit, separate from the main business, my answer is always an unequivocal yes. And once it has taken off, don’t try to then merge it with the main business – it will destroy the culture and with it the people you attracted who wanted to work in such a culture. Instead, ensure that whatever innovations are born of this culture are shared with the mothership, which was TMRW’s philosophy.

4 Ways to Manage Cash Flow During a Supply Chain Crisis

Why customer-centric strategies are the future of Building Societies