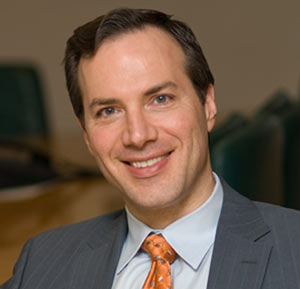 Milbank, Tweed, Hadley & McCloy announced that George S. Canellos, who stepped down in January as co-director of the Enforcement Division of the U.S. Securities and Exchange Commission, will join the firm in mid-March as Global Head of the firm’s Litigation Department.

For Mr. Canellos, it is a homecoming.  Between 2003 and 2009, he had been a Milbank litigation partner.  He left Milbank in 2009 to serve as director of the SEC’s New York Regional office.

In 2012, Mr. Canellos assumed the role of deputy director of enforcement at the SEC, and afterward served as acting director and co-director of the Enforcement Division.  In those positions, he was responsible for overseeing all SEC enforcement activities and supervising approximately 1,300 SEC personnel located in 12 regional offices engaged in investigating, prosecuting and trying civil enforcement cases.  That included many headline-making actions stemming from the credit crisis, insider trading scandals, and a vast range of other market, securities industry and public company activities.

Some of the more noteworthy matters directed by Mr. Canellos can be found on the SEC’s website, including the news release announcing his departure on January 3:  http://www.sec.gov/News/PressRelease/Detail/PressRelease/1370540587386#.UvtMC5tgiaM

Mr. Canellos led the SEC’s New York Regional Office — the largest of the Commission’s field offices — from 2009 to 2012.  That put him in charge of a staff of some 400 attorneys, accountants, investigators and compliance examiners engaged in enforcement activities and examination of SEC-registered financial institutions in the New York region.  The New York office oversees more than 4,000 financial firms, including many of the nation’s leading investment banks, broker-dealers with custody of approximately 80% of securities assets in the United States, and investment advisors managing a total of more than $10 trillion of assets.

As director of the New York office, Mr. Canellos implemented new approaches in examinations of investment advisors and created a working group focused on investigating bad players in the penny stock industry.  Mr. Canellos continued his leadership role after assuming top positions in the Enforcement Division, serving under SEC chairs Mary Schapiro, Elisse Walter, and Mary Jo White.  He directed many of the marquee enforcement cases brought in the aftermath of the credit crisis, including cases against sellers of complex mortgage securities.

“George filled an incredibly important leadership role as head of the New York office and later in the top posts of the Enforcement Division,” Ms. White said in announcing Mr. Canellos’s decision to leave the SEC on January 3. “He helped to improve coordination between the enforcement and exam programs, streamline procedures to expedite investigations, and better integrate our investigative and trial functions.  Every day, he brought to work an intense enthusiasm for our mission, extraordinary intellect and experience, and a total commitment to fairness and the public interest.”

In returning to Milbank, Mr. Canellos will join a litigation group that has grown significantly during his years at the SEC.  The firm boasts a deep bench of experienced litigators and trial lawyers and has recognized eminence in such areas as securities class actions, bankruptcy litigation, white collar defense, intellectual property, regulatory enforcement, complex financial disputes and other matters.  Milbank clients include a long list of leading global financial institutions and corporations.

Mr. Canellos will also once again be working closely with Milbank’s recently elected Chairman, Scott Edelman.   Mr. Edelman and Mr. Canellos began their careers together as associates at Wachtell, Lipton, and Rosen & Katz.  Both left that firm for AUSA positions in the criminal division of the U.S. Attorney’s Office for the Southern District of New York, and subsequently, they were partners at Milbank.

“We are absolutely delighted that George has chosen to rejoin us as a partner and Global Head of our Litigation Department.” Mr. Edelman said.  “From the time we started out as junior associates and during our years together at the U.S. Attorney’s Office and at Milbank, George has stood out as a brilliant lawyer, skilled advocate and wise counselor.  During his tenure at the SEC, he was well known for bringing exactly the right mix of prosecutorial toughness and fairness to his cases.

“Our litigation and regulatory enforcement platforms have expanded considerably since George’s departure for public service in 2009, giving us exceptional depth of talent and expertise across multiple disciplines in New York, Washington, Los Angeles and London,” Mr. Edelman added.  “Add to our existing strengths the outstanding leadership skills and experience that George brings and we envision even greater levels of success in handling the biggest, most challenging litigation matters for our clients.”

Mr. Canellos commented:  “After an extremely rewarding time spent in service to the SEC and law enforcement community, I could not be happier to be returning to my professional family at Milbank,” Mr. Canellos said.  “I have enormous confidence in my new colleagues and in the strategic direction of the firm, and am extremely excited about the future of our litigation group.”

Mr. Canellos began his career as a litigation associate at Wachtell, Lipton, where he worked for four years. In 1994, he became an Assistant U.S. Attorney in the Southern District of New York.  During his nine years as an AUSA, he served in a number of positions and participated in the prosecution of many high-profile cases.

Mr. Canellos was Chief of the Major Crimes Unit, where he supervised a team of prosecutors responsible for investigating and prosecuting large-scale financial crimes. While also serving as Senior Trial Counsel of the Securities and Commodities Fraud Task Force, he prosecuted many individuals and corporations for accounting fraud, investment advisory fraud, insider trading and other securities violations. Mr. Canellos also served as Deputy Chief Appellate Attorney, one of five supervisors in charge of overseeing the briefing and argument of all criminal appeals before the U.S. Court of Appeals for the Second Circuit.  In 1999, Mr. Canellos was named Prosecutor of the Year by the Federal Law Enforcement Foundation, for overall distinction as a federal prosecutor.

Mr. Canellos joined Milbank in 2003. He advised the nation’s leading broker-dealers, investment advisory firms, and mutual fund companies on compliance with securities laws and the rules of self-regulatory organizations.  He also led the defense of clients in many investigations of the financial industry.  Mr. Canellos was recognized in Chambers USA’s listing of America’s Leading Lawyers for Business, The Best Lawyers in America, and in International Who’s Who Legal listing of top business crime lawyers.

BIG DATA TO DRIVE SPENDING ON MANAGEMENT INFORMATION SYSTEMS TO $9.3BN BY END OF 2018