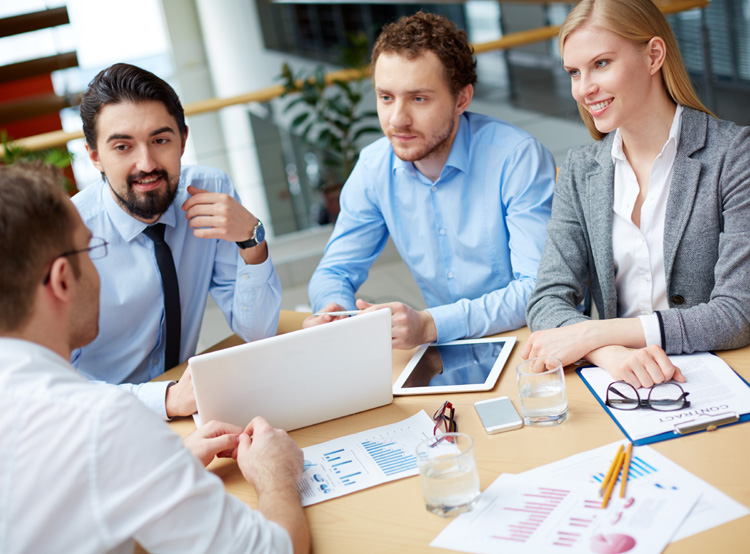 By Craig James, CEO of Neopay

The UK’s financial sector is more respected than any other, with the City of London in particular acting as a magnet for investment and industry talent.

Most recently the capital has been a hotbed of innovation in the financial technology – fintech – sector, with a number of start-up accelerators and challenger companies coming onto the scene to take on the established industry.

We stand on the brink of an era of change as the government enters into Brexit negotiations, with a key question remaining,whether London’s position as a leading financial centre and the focal point of the EU’s fintech industry may be under threat.?

Other EU countries are beginning to respond to this and attempting to entice fintech businesses away from London and the UK.

As a result, the British government and its financial regulator appear to be doing more than ever to boost the UK’s share of the fintech market.

This is definitely a good time for fintech businesses, as governments across the world compete for their business, and this is even more apparent in Europe and the UK as a result of Brexit.

In one of its latest initiatives, the British government are looking specifically beyond the borders of London to help boost fintech hubs in the rest of the UK and encourage greater development of fintech across the country.

The global fintech market is one of the fastest growing sectors in the world, with EU figures reporting that the value of investment into the sector reached $22.3bn by the end of 2015, a 75% increase on the year before.

Since 2010, large corporates, venture capitalists and private equity firms have invested in excess of $50bn into nearly 2,500 global start-ups.

In the UK, the fintech sector – enveloping everything from online lending to applying blockchain to capital markets – is worth about £7bn to the economy, while more than 60,000 people are employed in the sector.

Looking at the UK’s global positioning, the country is second only to the United States in prominence on the top 100 fintech list, compiled by KPMG.

But while many of the UK companies on the list are London based, the highest based company, and the only UK business to breach the top 10, is Durham based outside London.

The fact that a non-London business is the country’s highest valued fintech business is significant, and an area which must be developed upon if we are to continue to convince new businesses to set up in the UK.

This is particularly important as other EU countries are attempting to take advantage of the confusion surrounding Brexit and boost their share of the fintech market.

A new public-private partnership, “House of Fintech” was recently set up in Luxembourg to attract companies to set up in the country, while French lobbyists have been making efforts to entice fintech businesses to relocate from the UK to Paris.

Even outside of the EU, steps are being taken to replicate the innovation and success being seen in the UK and The Monetary Authority of Singapore has moved to copy British schemes to improve the prospects of its own fintech industry.

The Financial Conduct Authority (FCA), the conduct regulator for the UK, has recently announced that it is going to take a more pro-active stance in expanding its regulatory support across the country, in order to aid emerging financial technology hubs based outside of London.

Historically, fintech businesses have predominantly come from London due to its proximity to regulatory bodies such as the FCA, tech funding and the majority of major financial institutions.

Looking around the global fintech market, these four factors have been key in the success of fintech companies.

With this in mind, the FCA will be looking to continue this trend, looking primarily to areas with both a strong financial centre and technology presence.

Speaking to the Leeds Digital Festival earlier this year Christopher Woolard, executive director of strategy and competition at the FCA, identified emerging hubs in the Edinburgh-Glasgow corridor and the Trans-Pennine Leeds-Manchester area as significant areas for potential growth.

Examples of successful fintech initiatives within those areas include the developing “FiNexus Lab” in Leeds – a collaboration between local government, industry, and central government – which is laying solid foundations for fintech firms to flourish in the city, while in Manchester, Barclays’ “Rise” hub and “The Vault”, a 20,000 sq ft co-working space for fintech firms in Spinningfield’s business quarter, is improving the conditions for innovative companies to collaborate and grow.

Devolution of government, the rise of non-London tech hubs and the increasing willingness of banks to have a presence in other major cities around the UK, means greater potential is there for those fintech businesses who choose to locate outside London. This is of particular significance at the time the country, now more than ever, needs to solidify and expand its position in the world’s financial and technology markets.

The FCA has also been seeking to assist up and coming fintech businesses through its “sandbox” scheme, which helps firms to experiment with products, services and business models.

Around two thirds of the scheme’s first participants were London based, but the initiative has also seen a recent surge of wider regional interest, with almost half the applications for its latest round coming from outside the capital, highlighting the growth of fintech across the UK.

An idea a long time coming

While encouraging new fintech companies outside of London has just recently become a focus of the FCA, the concept has actually been in the pipeline as far back as 2014. Politicians, as well as a number of prolific financial and technology bosses, expressed the view that for the burgeoning fintech sector to fully realise its potential, the sector needs to look beyond the boundaries of the capital – with these opinions being put forth long before the possibility of Brexit became a reality.

For instance, Eric van der Kleij, head of Canary Wharf based start-up accelerator Level39, has been one of the leading fintech figures suggesting that the success of the business isn’t tied to its location, highlighting Manchester as a particularly strong example of an area where fintech companies were performing strongly.

One of the major hurdles, and a barrier the FCA is now seeking to breach with its latest commitment, is that much of the regulatory framework came from London, with businesses based outside of this area – particularly those further towards the north and Scotland – struggling to get access to the kind of support they require.

Speaking at the Leeds Festival, Christopher Woolard said the FCA now wanted to make it “as easy as possible” for firms to engage with the regulator and get access to the advice and help they needed to gain a foothold in the sector.

While many businesses have been able to set up outside of London and travel, sometimes great distances, to access this regulatory assistance, actively moving this help closer to businesses could be a significant benefit to new enterprises, saving them invaluable time and resources which could be better spent elsewhere.

One thing, however, remains clear.

With the UK’s future position in the single market still not fully known, and not likely to be defined for another year at least, the UK government knows it needs to maintain its popularity for fintech businesses.  These businesses need to be given an even greater chance to succeed if the UK is to maintain its strong position during the Brexit negotiations and fend off the competition.

We can expect to see further new initiatives from the UK aimed at making that a reality and more positive developments for fintech as European countries compete for their business.