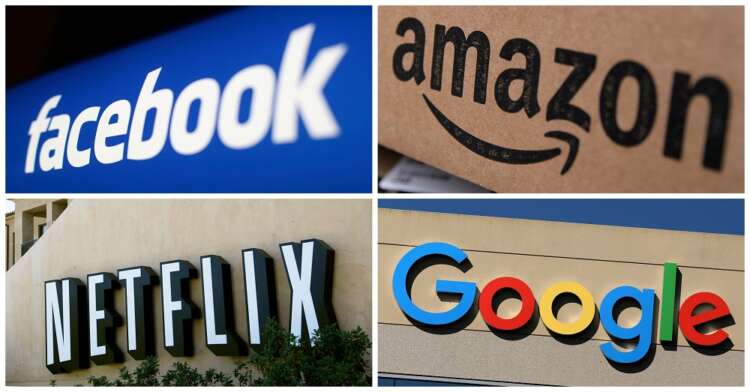 By Mathieu Rosemain and Supantha Mukherjee

PARIS/STOCKHOLM (Reuters) -Telecom operators are pushing the European Union to implement new laws that would make Big Tech pay for network costs, following Australia’s example, according to four sources close to the matter.

Europe’s telecoms operators have lobbied for a financial contribution from U.S. tech firms such as Alphabet’s Google, Meta’s Facebook and Netflix, saying that they use a huge part of the region’s internet traffic.

The latest proposal, which hasn’t been reported, is being discussed within the telecoms lobby group GSMA, an association that represents more than 750 mobile operators.

“GSMA is coordinating a proposal that speaks to Big Tech contribution to European infrastructure investment,” said John Giusti, GSMA’s chief regulatory officer, without elaborating on the content of the proposal.

A letter will be sent to EU industry chief Thierry Breton in the next five to six weeks, Giusti said.

The proposal comes ahead of the 27-country bloc’s consultation on a so-called “fair share” contribution from the likes of Google, Netflix, Meta and Amazon, which account for more than half of the internet traffic.

These platforms dismiss the idea and consider it an internet traffic tax.

Australia’s recently-adopted laws in its own spat with Google and Facebook have emerged as the most-favoured weapon for telecoms operators in their dispute with Big Tech companies, the sources said.

Rupert Murdoch’s News Corp reached last year a content-supply deal with Meta’s Facebook in Australia under the rules, helping to put an end to a dispute that saw the social media giant briefly shut down thousands of pages in the country.

Under Australia’s binding so-called “final-offer arbitration”, the parties have to negotiate in good faith. But if a deal can’t be struck between them, they have to present their offers and defer to an arbitrator to choose one.

The goal is to encourage tech giants and news publishers to reach an agreement before being compelled to go for this last resort procedure.

The telecoms operators that are part of GSMA, including some of Europe’s largest such as Orange, Deutsche Telekom and Telefonica agree that the Australian way is the best approach, the sources said.

No formal document has yet been sent to Breton, the sources said. Officials are discussing whether the proposal will be made directly by the GSMA or from a group of chief executives, one of the sources said.

Breton has said he will seek feedback from both sides before drafting legislation.