EVOLUTION NOT REVOLUTION: HOW TECHNOLOGICAL DISRUPTION HAS FUELLED A ‘SHARING ECONOMY’ AND GIVEN CONSUMERS THEIR POWER BACK 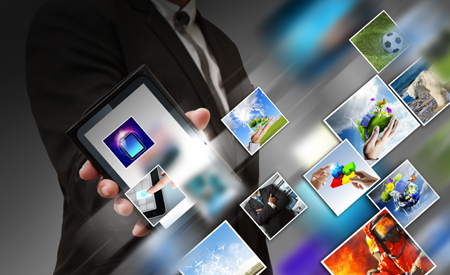 It seems every week we’re learning about new technologies or advances in existing technology that shaping the way we live. Take drones. Cast your mind back only a few years when the concept of Amazon’s drone parcel delivery service seemed like tech gone mad. Today we’re seeing drones at affordable prices propelling novel uses from scientific data collection to the birth of new competitive sports which see teenagers walking away with $250k prizes (yes, there is a Grand Prix of Drone Racing).

Similarly, technological disruption is already reshaping our economy and the consumption patterns of generations to come. Today’s innovations are radically altering industries such as transportation, travel and hospitality. Recently, fintech developments like peer-to-peer (P2P) lending are shaking up traditional finance sectors and it’s only a matter of time before technology driven disruption spreads to markets like housing, where demand already outstrips supply.

It’s no coincidence that technology is shaking up the finance industry. In the wake of the global financial crash of ‘07/’08 consumers began to dawn to the control unwittingly lost to the large corporations in whom they had placed significant trust for their homes, their income and their finances. As a result of this consumer awakening, digital disrupters like Airbnb and Uber launched tech based business models that hand control back to their customers,  with sharing and transparency at the core of their services; values that peer-to-peer lenders in the finance sector, such as Landbay, also share. P2P finance models harness technology to bring investors and borrowers closer together, removing layers of cost and in doing so also remove the opacity that can cover up poor lending practices.

It’s no surprise that consumers are adopting sharing economy practices with such ease, as it fits comfortably within our increasingly fragile financial states. Today, we’re faced with increasing costs of living, slow national salary growth (1) and soaring house prices that will keep many off the property ladder for years to come. A 2015 Bank of England survey revealed that just under half of all families who don’t already own their own home believe they will never get on the housing ladder (2). This represents around 4.5m households and compares with only 32% who said they were confident of buying.

Ultimately we’re left with a generation aptly dubbed ‘generation bail-out’ who are destined to depend on their parents far longer than their predecessors;  millennials with an asset-light stance on consumption who value experiences over possessions, obsessed with sharing them through social media for the world to see and critique. Generation bail-out is embracing a sharing economy with open arms and at a startling rate, something that can’t be ignored and neither can they.

So whether it’s opting for an Uber with strangers over buying a car, seeking communal housing rather than buying a homes or even checking into someone else’s home through Airbnb rather than a hotel, disruptive technology has us engaging in behaviours that would have seemed unthinkable as recently as five years ago. We have entered an era of Internet-enabled intimacy and it’s an era that is proving increasingly difficult to predict the future of. “We always overestimate the change that will occur in the next two years and underestimate the change that will occur in the next 10,” a 1996 quote from Bill Gates , when Apple was still 5 years away from releasing their first iPod.

Based on the current evolution of technology enabled sharing across multiple industries, we’ve compiled our predictions for the next 10 years.

RETHINK AND INNOVATE: HOW YOUR FINANCE TEAM CAN SUCCESSFULLY NAVIGATE DISRUPTIVE CHANGE

A NEW KIND OF SOCIAL POST: EMBED MONEY IN YOUR ONLINE MESSAGES