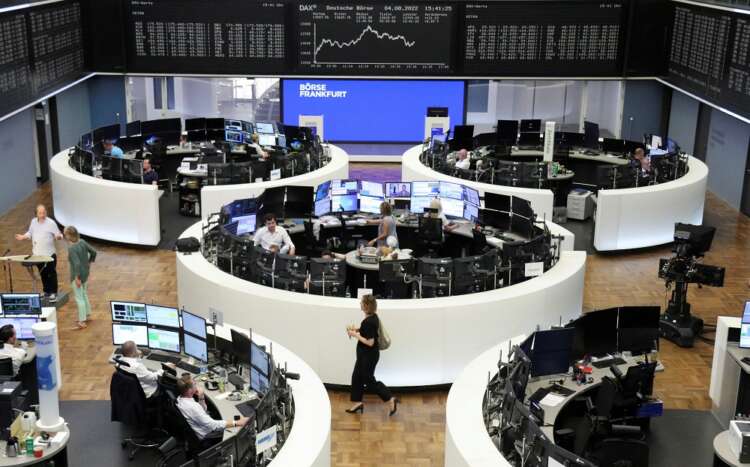 (Reuters) – European shares edged lower on Friday as crude prices continued to weigh on energy stocks, with all eyes on U.S. jobs data expected later in the day.

The pan-European index STOXX 600 was down 0.1% amid worries that the U.S. Federal Reserve’s aggressive pace of rate hikes would slow economic growth in the world’s largest economy.

The oil and gas sector fell 1% as crude prices languished near their lowest since the start of the conflict in Ukraine, with markets juggling concerns of supply shortage and slower demand. [O/R] 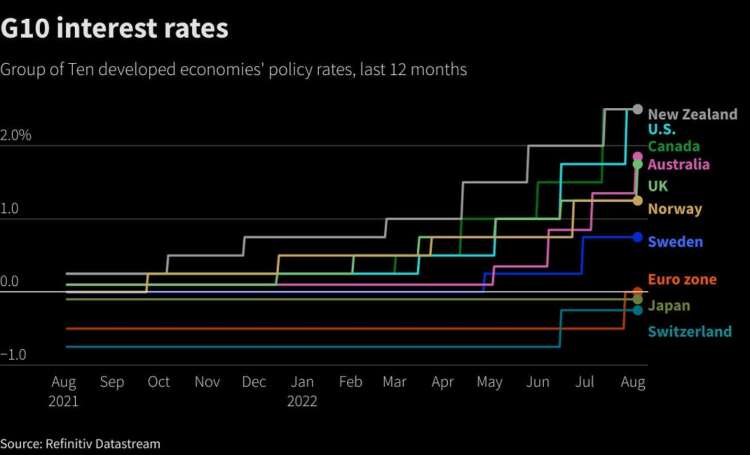 Company results were mixed on Friday, with Deutsche Post up 6.4% on posting double-digit growth in revenue and earnings.

“It is quite understandable that investors, especially institutional, are rethinking their portfolios and fundamentals are likely to drive investment decisions over the near-to-medium term,” Kunal Sawhney, chief executive officer at Kalkine Group, said.

Credit Suisse fell 1.1% in early trading after Fitch Ratings downgraded the bank and a local media report said it was among the lenders at big risk from Mexican finance company Credito Real’s bankruptcy.

The embattled Swiss bank’s shares are down 41% so far this year, compared with a 15.5% decline in the European banking index.

Miners rose 0.6% as copper and most other base metals continued to find support from a weaker U.S. dollar. [MET/L] 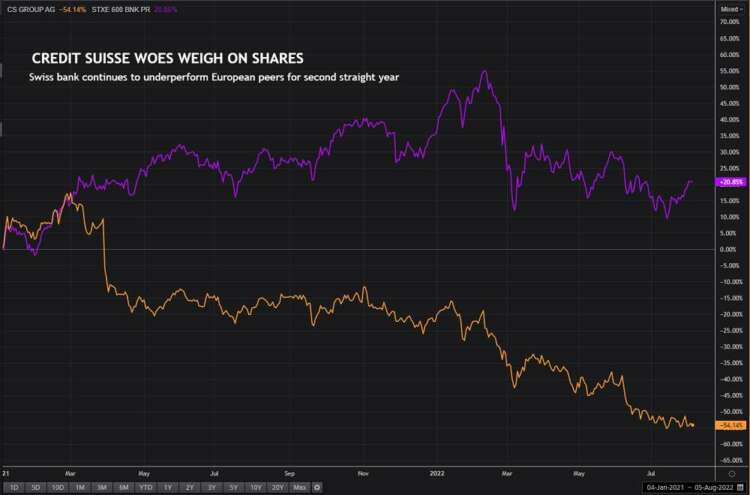