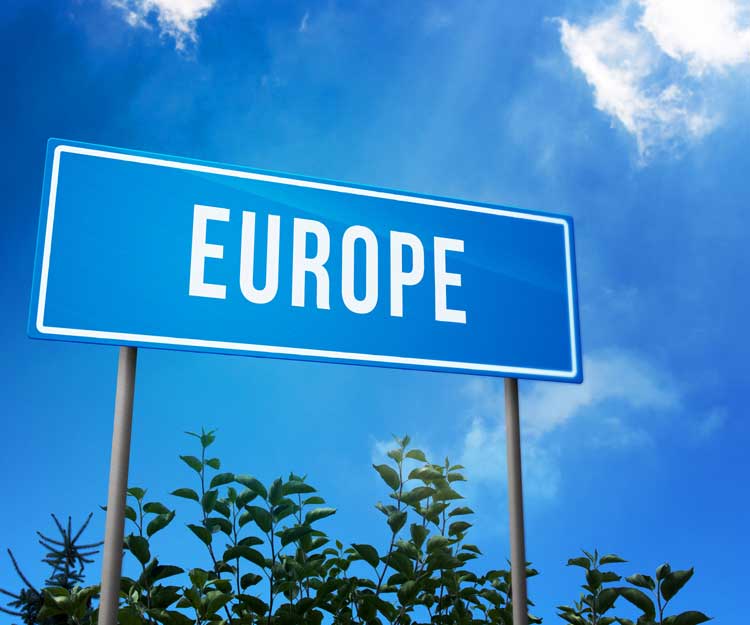 More than a half-decade after the start of the global financial crisis, Europe continues to struggle, although we expect to see accelerating growth from late 2015 onwards – as talk of the “Japanification” of Europe will begin to recede. The eurozone outlook remains most positive for former crisis countries, while the UK will also continue to outperform.

2014 marked a return to positive growth for the 18-nation eurozone economy, which grew 0.8% on an annualized basis in the third quarter of 2014 and is expected to expand by the same percentage for the full year, according to the European Commission (EC).

While eurozone domestic demand and investment are increasing slightly, doubts remain about the breadth of overall recovery, especially in light of weakening confidence indicators and some disappointing hard-data trends in the fall of 2014.

Moving forward, domestic demand will remain crucial to accelerated growth – particularly as the strength of EU exports continues to be affected by geopolitical risk factors, especially in Russia.

It is worth noting that, to date, the impact of the Russian crisis on EU exports has been limited: Russia’s share of total EU exports stands at below 5%, and demand for Western European products declined by a manageable 14% during the first phase of the crisis.

Even if the direct impact on overall trade is relatively small in absolute terms, the potential negative influence on economic confidence remains an important risk factor.

At the same time, EU exports also remain vulnerable to the underlying weakness of emerging market economies such as Brazil (which is expected to witness growth of barely 0.25% in 2014).

Nevertheless, relatively high-growth regions like the US and large parts of Asia, including China, continue to support demand for EU products, as does the ongoing weakness of the euro. That trend is counterbalanced by sluggish export demand within the eurozone.

Turning to key domestic markets, Germany and France, the eurozone’s two largest economies, narrowly avoided recession in the third quarter of 2014: on a quarter-on-quarter basis, Germany scraped past with 0.1% growth and France recorded 0.3% expansion, mainly due to public spending.

Despite recent economic indicators that have sparked concern among policy-makers, German consumer confidence remains high – supported by the country’s robust labor market. The country is expected to post full-year 2014 growth of 1.3%.

France, the second-largest EU economy, while continuing to suffer from unclear economic policies and very low levels of business confidence, nevertheless grew faster than expected in the third quarter of 2014, making it more likely that the Hollande government would achieve its full-year growth target of 0.4%. The country is expected to record modest 0.7% GDP growth in 2015, as private consumption remains subdued and investment further contracts.

In Italy, the Renzi administration has been raising new hopes for badly needed structural reforms that have not yet been realized. Partly as a consequence of that delay, after forecasting in May 2014 that annual Italian growth would reach 0.6%, by November the EC had slashed its full-year forecast to 0.4% contraction.

In relative terms, the eurozone outlook is unquestionably most positive for former crisis countries. Spain – which faces general elections in the fall of 2015 that may see considerably stronger support for populists – continues to reap the benefits of structural change, including in key areas such as the labor market.

Indeed, the country’s unemployment rate declined to 23.7% in the third quarter of 2014, down from 24.5% in the previous quarter and representing the lowest level in three years. The overall economy is simultaneously moving in the right direction, with 2014 marking a return to positive growth of roughly 1%, expected to increase to 1.7% in 2015.

The outlook is also markedly improved in Portugal and Greece, both of which face key elections in 2015 – including a Greek presidential vote that could trigger advanced parliamentary elections and change the current pro-euro political landscape in Athens. While such elections could provoke a revival of the euro crisis, we regard the overall risk of such a scenario as low.

Finally, the EU’s fastest-growing economy deserves special mention: after being bailed out in 2010, Ireland is expected by the European Commission to expand by 4.6% in 2014. Almost as importantly, the country’s budget deficit is shrinking, and should fall to 2.9% in 2015.

Outside the eurozone, the UK will continue to outperform, with GDP forecast to expand by 3.5% in 2014 and 2.9% in 2015, according to the Bank of England, although we believe that these figures may be overly optimistic and expect 2015 GDP to expand by 2.6%.

Reflecting ongoing positive base trends in both consumption and investments, the services-dominated UK economy should nevertheless witness robust 2015 growth, slightly below 2014 levels but still healthy in light of normalizing indicators from very high levels.

While the US Federal Reserve is expected to be the first major central bank to increase its key rate (sometime around mid-2015), the Bank of England will likely come a close second, following on the heels of the Fed. 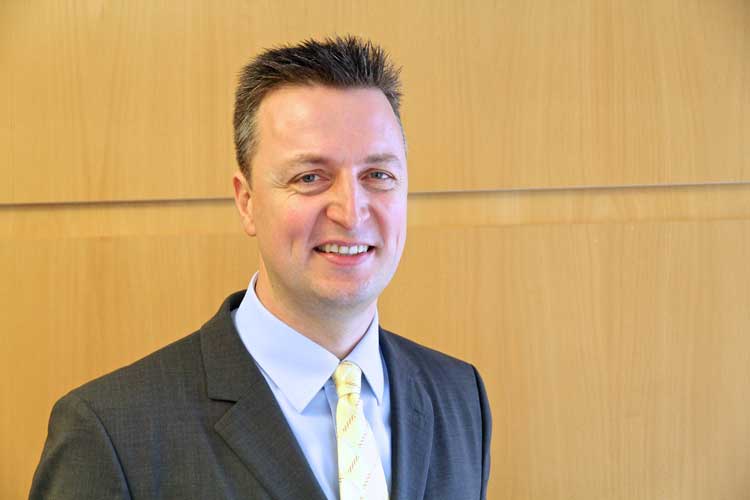 The European Central Bank (ECB) decided in January to extend its ABS and Covered Bond buying program to sovereign and supranational bonds starting in March – and to purchase €60 billion in these bonds monthly until at least September 2016, resulting in an overall volume of €1.14 trillion. Supported by this considerable money printing, Mario Draghi hopes to prevent longer deflationary trends in the eurozone as well as to support the banks’ credit lending – especially to small and mid-sized companies in periphery countries.

Based on early lending trend improvements, ECB measures should gradually accelerate the bank credit cycle over the course of 2015. That trend will be supported by increasing European consumer confidence levels, decreasing unemployment levels (expected to decline at least slightly from the 11.5% level recorded in October 2014), ongoing wage increases and greater optimism among entrepreneurs on the back of positive demand.

Moving forward, both eurozone household spending and investments should rise moderately. As a consequence, we expect to see increased credit demand. Nevertheless, until money starts flowing rapidly into the real economy – as it is in the US and Japan – significant amounts of capital will continue to find a home in financial markets.

Together with slowly improving monetary aggregates, the still widespread deflationary environment, especially in the European periphery, will not recede overnight. However, the situation should normalize, supported by the likely stabilization of commodity prices.

We expect this to result in an average 1.0% inflation rate in 2015 – while consumer price increases will likely remain close to 2% in the UK. Therefore, deflationary concerns should fade over 2015 in most parts of Western Europe, and no longer represent a core concern by year’s end.

The ECB continues to buy time for governments to enact necessary structural changes, relieving the pressure on them to take quick and decisive action. For that reason, the eurozone’s core problem – widespread high budget deficits – will certainly not be solved in 2015.

Indeed, at a time when the appetite for austerity measures is very limited, European structural reforms are likely to continue to disappoint. That is made especially clear when decision-makers like International Monetary Fund (IMF) Managing Director Christine Lagarde call for the EU to consider relaxing its Maastricht rule that debt-to-GDP ratios may not exceed 60%. (It is worth noting that, EU-wide, debt-to-GDP ratios averaged 93% in mid-2014.)

As well as the relaxation of Maastricht criteria, Lagarde, among others, has also been encouraging greater public investments, which are now in the pipeline, including the EU’s new plan to initiate €300 billion in investments over the next three years and the German state’s intentions to invest €10 billion through 2018. Expect further such programs to be announced in the coming months.

Such public investments – together with slowly improving labor-market conditions, lower commodity prices and an ongoing weak single currency – support our view of stronger growth over the coming years.

We see the foundation for slightly increased optimism about the 2015 outlook for Europe, including accelerating growth dynamics from late 2015 onwards.

Indeed, in 2015, the eurozone should be characterized by moderately positive trends, especially in the second half, making 1.2% annual growth a realistic scenario, despite slightly lower projections by the EC, which said in November 2014 that the single-currency area should nevertheless reach 1.7% annual growth by 2016. In the meantime, we expect to see a change from deflationary worries to normalizing price trends, mirrored by a slight rise in inflation.

Talk of the “Japanification” of Europe will therefore most likely recede in 2015. Instead, as inflation expectations slowly rise, the threat of reduced purchasing power could begin to return to the European agenda – as it already has in the UK, where, in real terms, cash in savings accounts has lost almost one-fifth of its purchasing power since 2009.

In any case, debate in the UK will continue to be dominated by a very different set of topics, including the likely turn in the interest-rate cycle and a potential EU exit, depending on the outcome of May 2015 parliamentary elections that could result in much greater influence for anti-Europe groups such as the UK Independence Party (Ukip).

WHO’S IN YOUR TOP TEN?