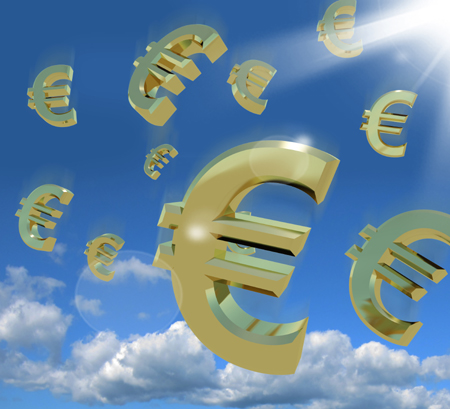 When the price of the same item varies significantly from country to country – a sandwich that’s the equivalent of £1.54 in India may be as much as £7.80 in Norway, for instance – it’s easy to attribute the price discrepancy to transportation costs, taxes, or variations in culture and income.

But new research finds that for many goods, the most important factor in pricing is whether the countries use different currencies.

The study, “Currency Unions, Product Introductions, and the Real Exchange Rate,” by University of Chicago Booth School of Business Associate Professor Brent Neiman and co-authors Alberto Cavallo and Roberto Rigobon of the MIT Sloan School of Management, was published recently in the Quarterly Journal of Economics.

And while the euro has come under fire in recent years for inhibiting eurozone members’ corrective measures following the financial crisis, the research illustrates that the currency union has met at least one of its goals: creating a unified market with matching prices for specific goods.

Neiman and his colleagues compared the online prices for nearly 120,000 products by Apple, IKEA, H&M, and Zara, sold in 85 countries between October 2008 and May 2013. The data come from MIT’s Billion Prices Project, which scrapes price information from the internet. That allows the researchers, for the first time, to compare prices in many countries for the exact same good on the exact same day.

The researchers generally find large price differences between countries that use different currencies. Prices in Japan, for example, are about 20% higher, on average, than those in the United States for the same products. Even in cases where averages prices are similar, roughly half the goods are much cheaper in one country and the other half are much more expensive—the United Kingdom and the US, for example, exhibit this pattern.

The key insight from the data comes from analyzing price differences between countries using the euro. When prices for electronics, furniture, and clothing in Spain are compared to prices for the same products in other eurozone countries, prices across those countries are virtually the same.

“One of the initial arguments in favor of a common-currency area [in Europe] was that a single market with single prices would be created, and this is the first evidence I’m aware of showing that, to a large extent, at least for these types of products, it has in fact been successful,” Neiman says.

The results could help economists better understand how multinational companies determine their pricing strategies. “The patterns we document point to the importance of customer psychology, firm organizational structure, and the internet for price setting behavior, elements which do not yet feature prominently in most standard macroeconomic models,” the researchers write.

The findings also are potentially significant for countries considering a change in their currency regime. Latvia, for example, joined the eurozone on January 1, and in a follow-up paper, the researchers show that prices for Zara clothes in Latvia have quickly converged with prices in the rest of the euro area.

RISKY BUSINESS AND HOW TO ELIMINATE HUMAN ERROR