EMERGING MARKETS: TOO EARLY TO CALL A BULL MARKET 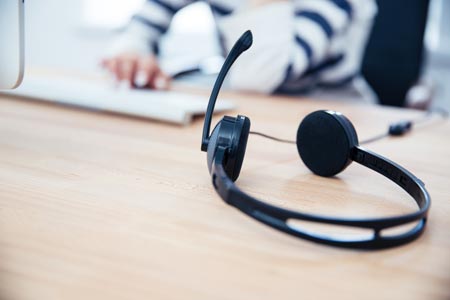 “Following a period of relative decline, we are increasingly of the view that we are closer to an inflection point for emerging market equities. Although the under performance trend of emerging markets versus developed markets looks to be over, it is still too early to say that emerging markets are on the cusp of a new bull run. In the absence of reductions in debt levels and improvements in productivity, the main argument for a position in this asset class should be focused on bottom-up investment in strong corporate franchises with resilient strategies that take advantage of challenging times. “In Brazil, there is a growing hope that the interim government will follow this path helping the country to combat the worst recession in 100 years and stimulate a new phase of expansion. President Michel Temer is as yet unproven, but has put together an impressive team, who so far has made all the right announcements. On a P/E basis the Brazilian stock market is not cheap, although much of this year’s rally has been driven by financials, cyclicals and commodity stocks. These companies need to see a pick-up in earnings in order to sustain their valuations.

“With such a poor economic background, it will take some time for earnings in Brazil to recover significantly. However, if the recent trajectory can be maintained, supported by Michel Temer’s proposed reforms, the country could make the transition from its current painful recession into a new phase of expansion within two years.

“Meanwhile, China is undergoing a major economic realignment. The shift from a capital intensive and export-oriented economic structure towards a more capital light and domestic consumer-orientated model is underway, and this should contribute to greater sustainable long-term growth. However, balancing this transition will remain difficult in order to avoid a short term economic slump before the transformation is complete.

“The principal issue of concern in China to date is the current and future productivity of the assets resulting from the over investment in the last six to seven years. The areas to watch include industrial overcapacity and inventory of property in lower tier cities. Having said this, definitions of debt are confusing with large parts of corporate debt actually belonging to either state-owned enterprises or local governments and ultimately possible to move onto the lowly geared sovereign balance sheet. This process began last year as local government debt was swapped into sovereign backed bonds and has been accelerated during the first half of 2016.

“In addition, there has been a plethora of other initiatives in China, including the establishment of 19 new regional bad-debt banks, the sale of distressed debt to private investors (at big discounts), debt-to-equity swaps and several other activities including direct bank write-offs. This suggests both an acknowledgement of the issues and a desire to address them. So far, progress to swap RMB9trn (out of an estimated RMB30trn total outstanding) of local government debt has been successful, while an additional RMB1.2trn of non-performing credit has been addressed via other policy tools.

“Taking into account low valuations, underweight positons by investors, poor sentiment and depressed earnings, we would consider periods of weakness in the stock prices of emerging markets as an opportunity to increase exposure. This should be built around bottom-up investment in strong corporate franchises with the resilience and strategies to survive and take advantage of the challenging environment.”

COMMODITIES: WHAT GOES DOWN MUST COME UP

FOREX PARTNERSHIP PROGRAM – SET YOURSELF UP FOR SUCCESS