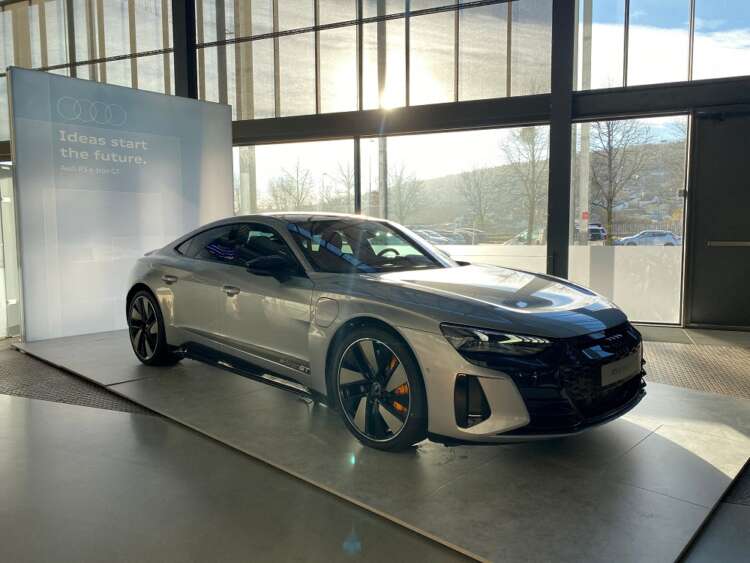 OSLO (Reuters) – Electric cars made up nearly two thirds of Norway’s new sales in 2021, with Tesla the top selling automobile brand overall, as the country pursues its goal of becoming the first to end the sale of petrol and diesel cars.

While Norway, with a population of 5.4 million, has the world’s highest proportion of electric vehicles, China with its 1.4 billion people is by far the biggest overall car market.

This tax break is expected to help drive the proportion of overall electric sales as high as 80% in 2022, ahead of a deadline to end petrol and diesel powered car sales by 2025.

While small, affluent Norway is seen as a key market in which to gain a foothold for new BEV players, including China’s Nio and Swedish Volvo Cars affiliate Polestar.

Tesla had an 11.6% share of Norway’s overall car market in 2021, making it the number one brand for the first time on a full-year basis ahead of Germany’s Volkswagen with 9.6%, the Norwegian Road Federation (NRF) said on Monday. 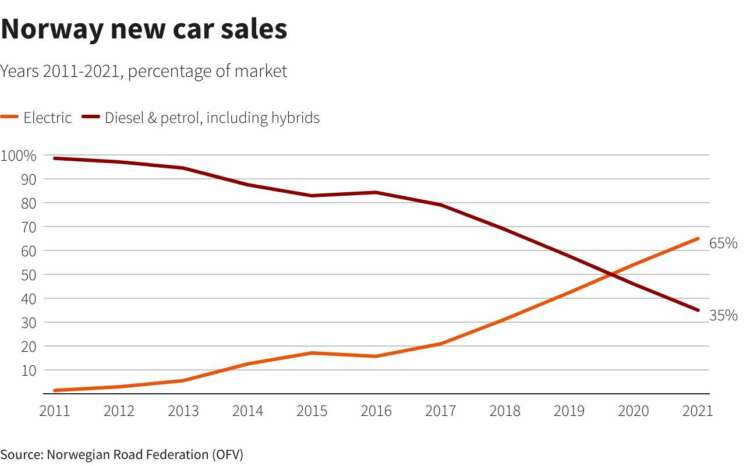 The U.S. automaker on Sunday reported quarterly deliveries far exceeding Wall Street estimates, riding out global chip shortages as it ramped up China production, which lifted its shares to a one-month high on Monday.

The Tesla Model 3 was the single most popular model of the year in Norway ahead of Toyota’s hybrid RAV4, the sole car among the top-10 with an internal combustion engine, and Volkswagen’s electric ID.4 in third place.

Industry representatives said they expect EV sales to grow to as much as 80% of the total market in Norway in 2022, although supply chain problems could put the brakes on this.

“We believe we will exceed 80% electric cars next year,” said Christina Bu who heads the Norwegian EV Association.

“But there is big uncertainty in that forecast, and it is dependent on the shipping conundrum – many car producers have delivery problems,” she added. 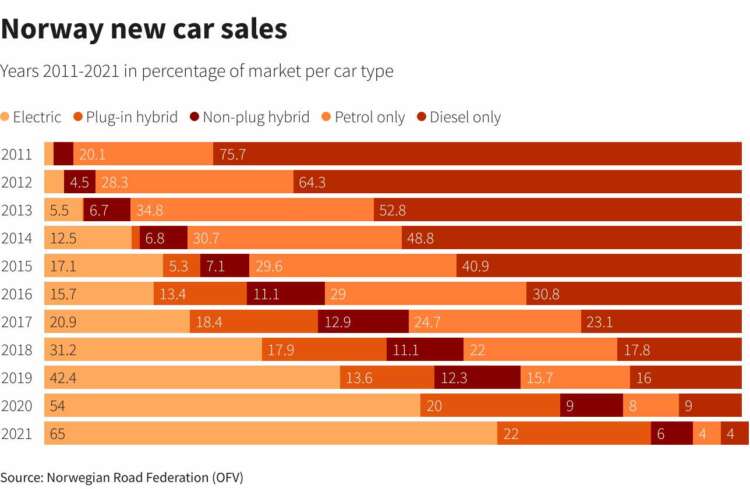 “Norway is the country with the biggest openness to EVs, the biggest understanding of what it is to drive an EV and the most welcoming for having an alternative,” Polestar CEO Thomas Ingenlath told Reuters.

Polestar’s luxury sedan was the 10th most popular car model in Norway in 2021 and it will debut its Polestar 3 SUV in 2022.

“To launch this premium SUV … will definitely change the way people will perceive Polestar so I have really big expectations for moving the brand forward,” Ingenlath said.

Chinese EV makers have been looking to push up exports in line with Beijing’s ambition to build a world-class auto industry and compete with traditional auto firms.

Nio launched lavish showrooms in central Oslo in 2021, its first overseas, aiming to sell its ES8 sport-utility vehicles and ET7 sedans as part of plans to expand globally.

“Our swapping station strategy we will expand quite strongly (in 2022),” Marius Hayler, head of Nio Norway, said, adding that he expects some 75% of overall car sales to be electric in 2022.

So the ruling centre-left coalition plans to gradually start taxing the most expensive BEVs from 2023, while taxes on petrol, diesel and hybrids are rising this year.

The state of the payment industry: the future of payment cards is biometric