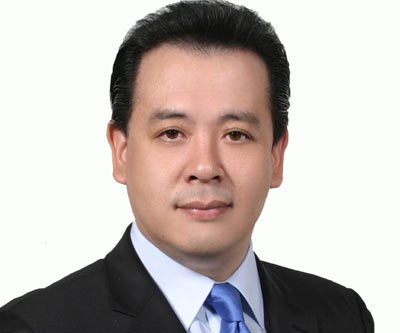 Economic Trend in Asia
The world economy is definitely keeping its eye on the U.S. exit strategy. The unemployment rate in the U.S., which once reached 10% in 2009 when the nation was directly hit by the 2008 financial crisis triggered by the collapse of Lehman Brothers, is now at its four-year low of 7.3% in August 2013. Its GDP growth rate has also been turned around from -2.5% in 2008 to 2.5% as of the second quarter of 2013. The “Quantitative Easing” policy has been the emergency measure to overcome the U.S. financial crisis since 2008; with its economy recovering, however, the U.S. government is now seeking an exit strategy. 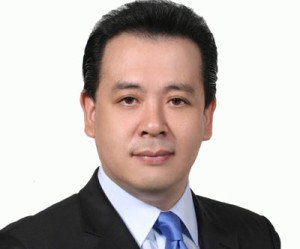 Ironically, the U.S. exit strategy—“scaling-back” of its “Quantitative Easing”—is adding extra pressure on the Asian economy which, following the European financial crisis, has already been facing several issues including Japan’s “Abenomics” burdening its neighboring economies, withdrawals of capital taking place in developing countries, and China’s tight money policy coupled with some negative outlooks on the nation’s debt problem. The Asian economy, having been sensitive to the ups and downs of the U.S. counterpart, hopes the U.S. exit strategy will be slowly paced as it will necessarily result in the rise in interest rates and thereby burden corporate and household debts in Asia and have a serious impact on its real economy. Although the U.S.’s possible debt default and other impediments to its economic recovery could force the federal government to hold off on or reconsider scaling back its “Quantitative Easing” policy, the exit plan has become a reality that the global economy—particularly the Asian economy—has to cope with.

Possible Expansion of International Structured Finance Market in Asia
“Structured Finance,” as a financing method, is not a familiar term in Asia except among experts in correspondence finance. Such financing is being done primarily through ABS (Asset Backed Security) issued by governments or corporations and backed by large-scale real estates; but strict requirements for borrowers’ credit rating, complicated business licensing process, and the method’s feasibility structure all make it difficult for most small and mid-size businesses and new companies to utilize it. Under these circumstances, the “structured finance market” in Asia has not yet been vitalized to match the economic scale and potential of Asia.

Where Can We Find a Key to Expanding The International Structured Finance Market?
The Financial Times recently mentioned Korea as “a market to watch” referencing the nation’s huge current account surplus and its strong economic foundation in the midst of Asia’s economic turmoil following the U.S. exit strategy.

After undergoing the financial crises in 1997 (IMF) and in 2008, Korea has constantly strengthened its economic health. While emerging countries in Asia are experiencing withdrawals of capital from stock markets due to their financial crisis, Korea has enjoyed, as of September 13, approximately 4.2 billion USD of net cash inflow. What is worthy of notice is that these capital inflows are from the U.S. with an impending exit strategy—based on its recovering economy—and moreover, this is “long-term investment capital.” The U.S.’s recovering economy is a positive sign for Korea whose economy depends heavily on exports to the U.S. In addition, Korea is strategically expanding its economic boundaries by globalizing its economy through entering into the FTA with the U.S., pursuing FTA’s with the E.U. and China, and seeking to expand the free trade area. The recurring political issue of North Korea’s nuclear program is not to be taken lightly, but it has never affected South Korea’s sovereign credit rating or its real economy. Many indicators, aside from the Financial Times’ explanation, show that in the big picture, Korea has the most potential as the key to expanding the international structured finance market in Asia.

Korea’s Potential as Investor as well as Investment Market
However, there are weak points in Korea’s Economy. Among the problems to be solved are its export-heavy economy susceptible to external factors and the real estate market that has not yet revived.

Even though the number of unsold apartments has gradually decreased to reach 75,000 in July 2013, the 6-month-old administration had to come up with strong real estate measures including tax cuts and exceptionally low lending rates, which nevertheless appear to be only partially effective. An interesting fact is that the demand for rentals in Korea stays at a very high level despite the number of unsold homes, due to people’s expectation that home prices may go down; in addition, more and more people in Korea choose to rent rather than buy.

If the unsold homes can be purchased with the help of funds from the international structured finance, if trust companies with reliable credit can be designated to operate leasing projects that are profitable and legally secure, if the projects can retain stability by offering sale on a long-term basis, then lenders can expect high rates of return through the international structured finance; the rate of return can be surprisingly high, if the lender had obtained an ownership interest in the borrower company as consideration for financing. This model can be strategically made applicable to new housing constructions as well as to unsold housing markets.

The new construction market in Korea has complex issues surrounding the acquisition/registration taxes and the regulations prohibiting builders from selling and leasing simultaneously; detailed solutions, which require a long discussion at a later date, are workable in the framework of the above-described model. Korea as an investment market, therefore, is a great potential venue for the convergence of products by the international structured finance. Many insurance companies and investment banks in Korea have had a hard time finding attractive investment opportunities domestically, partially due to the nation’s sluggish real estate market, and they are constantly turning their eyes abroad.
“Pension and Funds Investment Pool” is a government-managed, government-supervised, government-run management committee established in 2001 by the Ministry of Strategy and Finance for the purpose of maintaining a pool of entrusted funds; the committee has a Vice Minister of Strategy and Finance as chairman and a number of experts from the private sector and the government. This pool reflects unique aspects of fund management in Korea, in that the amount of trust continues to grow—from 1.9 trillion KRW in 2001 to 15 trillion KRW in 2012—notwithstanding its fairly low rate of annual return (low to mid 2%) and yet the great majority of the amount is invested in stocks or bonds. These characteristics present important clues for the expansion of the international structured finance market (Korea’s national pension is the third largest in the world, only next to those of Japan and Norway, but 90% is invested in stocks and less than 10% goes to alternative investments—the lowest rate, along with Japan, among major countries operating pension and funds).

Lately, a REITs-based hotel fund was introduced in Seoul: this product, unlike in traditional financing, does not require a certain level of equity ratio from the owner of a business hotel as long as the hotel operator under a master lease provides a minimum revenue guarantee (hereinafter “MRG”), and a trust company becomes an underwriter in this model. One of the hotel funds has already completed its investment and the hotel is operating normally. Of course, this product is not completely independent from the concept of equity; however, since investment funds take care of both equity and residual funds, this product practically allows the developer to proceed with the development with just the “initial capital” to cover expenses for obtaining project ownership, licenses and permits. As the validity of the procured funds relies on the hotel operator’s MRG, the developer can, depending on the MRG, count a big portion of the profits from the real estate development towards the procured amount. This shows the possibility that Korea as an investor can use the tools of international structured finance and create convergence products by combining its capital with foreign capital to mutually reduce each other’s risks.