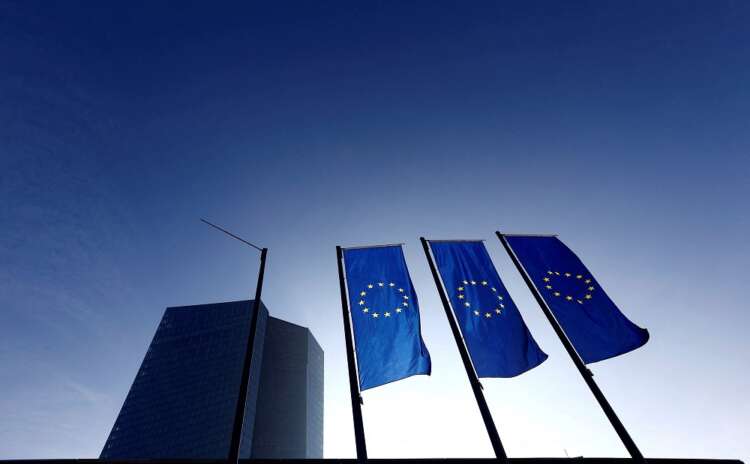 SINTRA, Portugal (Reuters) – The European Central Bank should offer limitless support without onerous conditions to euro zone members facing an unjustified surge in borrowing costs but should be careful in granting eligibility for this aid, ECB policymaker Pierre Wunsch said.

Facing a surge in yields on Europe’s southern rim that resurrected memories of the bloc’s debt crisis a decade ago, the ECB decided this month to devise a new bond buying instrument to contain the divergence in borrowing costs while it presses ahead with rate hikes to contain inflation.

“I would even say there should be no limits,” Wunsch, Belgium’s central bank chief, said in an interview. “There will be legal limits, of course, but conceptually, if itâ€™s clearly unwarranted, there should not be limits.”

“We don’t want to have rules that are too tough, so we canâ€™t act when it appears desirable.”

In deploying this instrument, the ECB should also avoid automatic triggers that could tie its hands and either stop it from acting or force its hand against the better judgment of the Governing Council, Wunsch added.

Instead, the ECB needs to make a qualitative assessment on the credibility of the fiscal policy and grant support based on each country’s efforts to put debt on a sustainable path.

“Flexibility means we do not want to impose conditions that would prevent us to act when there is a case to act,” Wunsch said. “I don’t think there should be any automatic triggers based on the spreads because the spreads are related to the credibility of fiscal policy.”

The continuation of the scheme should be made dependent on the credibility of a country’s fiscal policy and support should not be regarded as permanent, he added.

The ECB should not announce, however, all the details of the instruments before it is deployed, in order to preserve flexibility.

With inflation surging to record highs, Wunsch also backed the ECB’s plans to hike rates in both July and September, making the case for quick moves soon after.

“The next 200 basis points (of rate hikes) are a no brainer for me,” said Wunsch, one of the first ECB policymakers to warn about the dangers of high inflation. “I think we need to do it relatively fast. Such a move is priced in by next March.”

The ECB will first raise its minus 0.50% deposit rate by 25 basis points in July and Wunsch said a 50 basis point move should follow in September.

“The burden of proof would be to go in the other direction, for doing less. I would be quite comfortable with 50,” he said.

While recession fears are indeed starting to show up on the radar, Wunsch dismissed fears of a deep, prolonged downturn.

“I don’t think you’re going to kill the economy by hiking to rates that are still negative,” he said. “There are no big imbalances in the economy that should provoke a deep and lasting recession.”

The big risk, however, is that high inflation gets entrenched and given the ECB’s inflation fighting mandate, policymakers must not take such a risk.

“If inflation shifts and moves to a higher regime, it’s going to be extremely costly to bring it back to the target,” Wunsch said. “Our mandate is price stability. And if in one scenario there is a risk that it gets out of control, you need to put more weight on that scenario.”