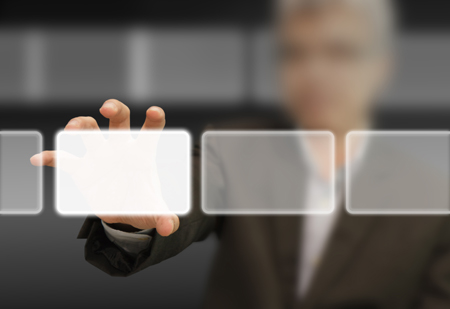 The effect technology is having on our daily lives and behaviours is very much at the front of the public consciousness. This includes payment methods as the slow move away from cash is a key change in our day to day routine, and one that consumers are very interested in. However, often the media’s view of where payment innovation is happening, and the reality, is not entirely aligned.

Barely a day goes by when Bitcoin and blockchain doesn’t hit the headlines – either being hailed as the next step in the evolution of currency, or condemned as an overly complex and failed attempt at payment revolution. Yet, Electronic Money (or e-money) the current catalyst for most major payment initiatives actually happening today – and also the enabler that allows digital currencies to exist in the first place – gets very little recognition for its role in completely altering the face of the payments industry.

E-money is the digital equivalent to cash – money stored electronically, be it on pre-paid cards, online payment accounts, or mobile payment systems. It doesn’t sound as ground-breaking as bitcoin and, as a result, gets a fraction of the attention. Yet, it has done much more to date to deserve it.

From its inception in 1997, e-money has been a game changer. It was the big factor that enabled non-financial services companies to break into the payments industry, traditionally dominated by banks. For the first time organisations didn’t need to be a licensed financial institution to handle money, allowing the tech sector to step into the arena, bringing the biggest innovations we have seen to date. Without it there would be no PayPal – one of the first on the scene in 1998 – no TransferWise or Wallet systems such as Google or Skrill. Thanks to e-money, these companies have driven industry innovation, forcing the banks to follow suit.

The big landmark in the history of e-money was the EU Electronic Money Directive, first legislated in 2001. The directive created a legal foundation to passport e-money issuing in the EU, with the express aim of encouraging industry distributers and the design of new payment services. As a result of this legislation – one without any real counterpart worldwide – it is likely we will see Europe continue to streak ahead in payments innovation thanks to having the legal foundation firmly in place.

All signs suggest that the number of e-money innovations in the UK, for example, are on a sharp growth trajectory, with no sign of slowing. Recent research showed that the number e-money providers registered in the UK with the Financial Conduct Authority (FCA) has more than doubled since 2013.[1]

There are already very real examples of UK leading innovation in the market. London’s Oyster card, a pre-paid card used for all public transport in the capital, is the prime example of an extremely successful payment innovation thanks to e-money. It not only completely transformed London’s transport infrastructure, but also completely altered consumer behaviours, paving the way for other payment innovations such as contactless to take hold.

The acceptance of new payment methods such as the Oyster card has led to increased demand for further innovation, as the convenience of e-money payment methods become apparent to consumers. Fintech companies are increasingly picking up on this demand and are applying e-money in new ways, driving innovation in new markets. For example, the same research suggests that crowdfunding platforms, in particular, are showing a growing interest in e-money, as e-wallets improve the ease of access investment money, and make it easier to control funds.

And yes, one of the next big steps for e-money may be the eventual uptake of cryptocurrencies by the mass market. Digital currencies are a form of e-money known as decentralised e-money – the main distinction being that cryptocurrencies are not equivalent to a flat currency such as the pound, as e-money on an Oyster card is. The value of a digital currency is fluid – one of the many factors which may or may not work in its favour.

Whether or not cryptocurrencies will ever come to the fore, challenging our traditional national currencies and innovating the way we pay, remains to be seen. I’m quietly optimistic that there is a future for digital currencies, but even I wouldn’t predict any real uptake for at least five to ten years.

In the meantime, Fintech companies can create world beating financial services now by combining e-money and other technologies such as mobile, tokenisation or biometrical authentication, without waiting for Bitcoin or blockchain to mature. Perhaps it is the nature of the industry that we’re always looking two steps ahead, but it is important that companies don’t overlook the opportunity at their feet, and give the innovation catalyst of e-money the credit it deserves.