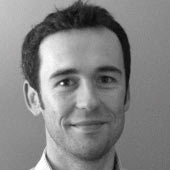 Have you ever thought of trading the markets but don’t know how? Below, Dave Evans, Analyst at BetOnMarkets discusses the opportunities in the current markets:

Despite Obama being unable to use a Jedi mind meld to force a budget deal through congress and the fact that Italy is without a working government, Stock markets have continued to push higher.

The Dow Jones hit an all time high this week, and why European indices are some way off their peaks, the rising tide is lifting most boats in the harbour. As markets continue to climb a wall of worry, the perennial question remains – Are stock markets overbought or is this a time to get back into equities?

One popular measure of market value is the Price/ Earnings ratio, but there are problems with this – primarily that share prices can fall a lot quicker than earnings do. This led to some instances during the credit crunch where bank stocks looked cheap based on this measure when in reality, they couldn’t be cheap enough. It was Yale economist Robert Shiller who thought of a way of measuring the Price/ Earnings ratio differently. Instead of just comparing last year’s earnings to today’s price, he used an inflation adjusted 10 year average, producing the so called P/E 10 ratio. Shiller’s P/E 10 is a much more stable and potentially more useful measure of stock market value.

Where are we now and what does this tell us?
The Shiller PE ratio at the close for the major US index, the S&P 500 was 23.72. To put this into perspective, the average ratio since 1881 has been around 16. The ratio reached a peak of 44.20 at the height of the tech bubble and a low of 15.0 at the lows of the recent credit crunch.

So markets are certainly not as expensive as they were during the crazy dot com era, but they still have a Shiller ratio that is higher than it has been 80% of the time since 1926. This matters because the 10 year forward looking returns for stock markets has an inverse relationship with the PE ratio. As the ratio gets higher, the expected 10 year returns get lower and vice versa. A Shiller PE ratio of around 15 has led to average real 10 year returns of 8% per annum, while a ratio of in the current region of 23.72 has led to an average return of just 0.9% per annum.

Expensive, but not a time to sell
So US stock markets are relatively expensive by historical standards, but there are times when markets can remain expensive and keep moving up. The Shiller ratio first signalled that US markets were expensive in the mid 1990s, but the market didn’t top until after 2000 and even then, the 2002 low was well above the mid 90s highs. It is almost impossible to time markets like this to perfection, but one handy additional barometer is the 10 month moving average.

Both major bear markets in the last decade were confirmed early by the price closing below its 10 month moving average. Incidentally, this is something that hasn’t happened since 2011 on the S&P 500 and the early part of 2012 for the FTSE 100.

So while it may be prudent to reduce exposure slightly at these levels, these relatively expensive markets may have further upside yet.

Where to look for a bargain in Europe
European stock markets could offer the best opportunities going forward, as these markets are currently seeing low Shiller P/E ratios and rising levels of confidence in recent months.

Here is our pick of the options:

France CAC 40: Shiller Ratio – 12.60
The main benchmark French CAC 40 is home to the likes of Total and L’Oreal. Markets weren’t too impressed with new President Hollande when he first came to power. His left leaning policies have since been pared back however, with the CAC hitting its highest levels since July 2011 recently and well above its 10 month average.

Netherlands AEX25: Shiller Ratio – 11.3
The AEX is home to the Dutch listing of Royal Dutch Shell and giant conglomerate Unilever. Like the French CAC, the AEX is some way off its all time highs and though it does seem cheap by historical standards is heavily weighted towards one company – Royal Dutch Shell.

Germany DAX 30: Shiller Ratio – 14.8
Home to the likes of Siemens and BMW, the German DAX and indeed the German economy has been a bright light shining undimmed throughout the European crisis. The Shiller ratio is slightly below average by historical standards, while stock market is within sight of all time highs. The Dax 30 could have the best set up here as a market hitting new highs, but one that is not expensive by historical standards.

You can have a go at trading the markets with a £20 FREE trade by clicking on the link below:

The Popularity of Forex Trading

Lawyers, and getting value for your money