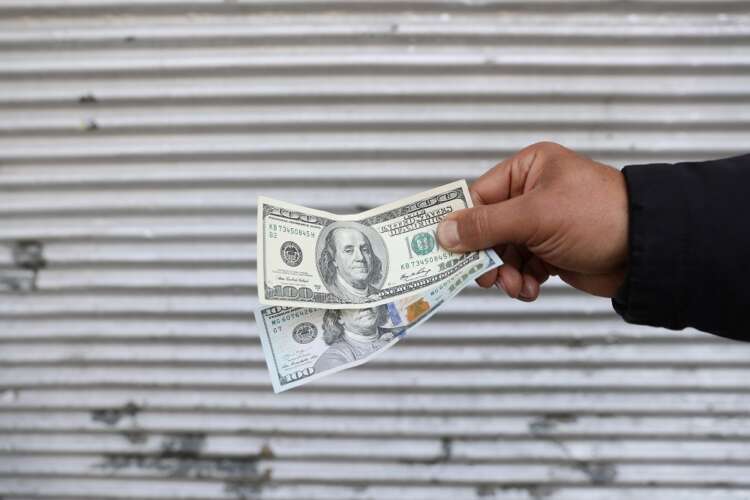 LONDON (Reuters) – The dollar rose back towards a 20-year high on Monday as the euro struggled around the $1.05 mark, with investors preparing for a busy week of central bank meetings including a likely Federal Reserve interest rate hike.

Markets in Asia and London were closed for public holidays, so trading was quiet.

Investors are expecting the Fed to hike rates by 50 basis points when it meets on Tuesday and Wednesday. The uncertainty is around how hawkish Fed Chair Jerome Powell will sound in comments following the decision.

Markets are pricing in an aggressive run of rate hikes from the Fed as it tries to tame soaring inflation.

That, together with an expected slower rate of European Central Bank tightening and worries about the impact of the war in Ukraine on the euro zone economy, has sent investors scrambling for dollars and left the euro at five-year lows.

The dollar index gained 5% in April, its best monthly performance since January 2015.

“We expect the USD to stay strong versus the EUR, as a hawkish FOMC (Federal Open Market Committee) stance and geopolitical concerns will support the USD,” UBS Global Wealth Management wrote in a research note.

“Short-term investors may look to sell rallies in EURUSD above $1.08.”

BNP Paribas strategists said last week that big speculative flows and not concerns about a worsening economic outlook explained the euro’s slide to a five-year low below $1.05 this week.

Elsewhere, the dollar gained half a percent on the Chinese yuan in offshore markets, reaching 6.6895, just below its strongest since late 2020.

Other central bank meetings this week include the Bank of England on Thursday, which is expected to raise rates by 25 basis points to 1%.

Steve Englander, head of global G10 FX Research at Standard Chartered, said there was a reasonable case to be made for central bank intervention to weaken the surging dollar.

But in the absence of policymakers outside the United States turning more hawkish, intervention would not have a big impact, he added.

“We doubt intervention would have a sustained impact until the ECB and BoJ (Bank of Japan) offer more policy rate support,” he said.

The Australian and New Zealand dollars initially fell sharply in Asian hours as a sell-off on Wall Street undermined risk appetite and overshadowed the prospect of higher interest rates at home.

The Aussie bounced off three-month lows in European hours and was last at $0.7074, unchanged on the day.

Analysis-Iran nuclear deal near death, but West not ready to pull plug