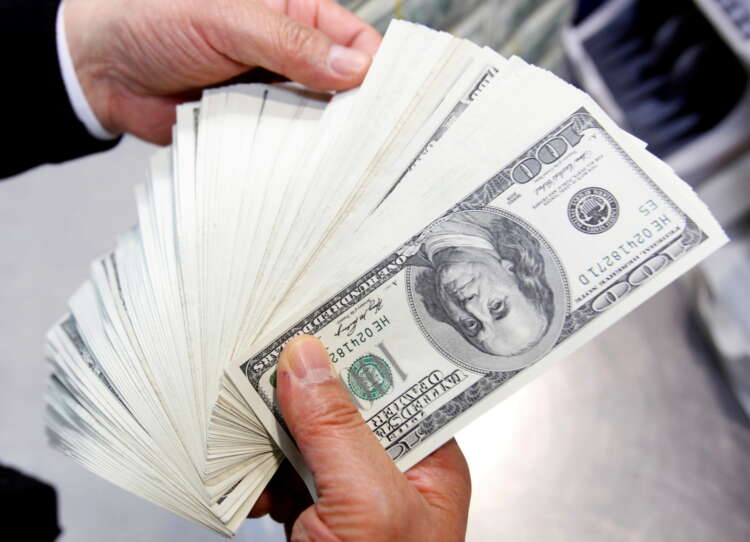 TOKYO (Reuters) – The dollar held below a near one-month high on Wednesday as investors focused on two key risks — a default by Chinese property developer Evergrande and the expected pace of U.S. monetary policy tightening.

The common currency dropped to a seven-month low of 127.93 yen, as the safe-haven Japanese currency was supported by the cautious mood.

The dollar traded at 109.165 yen, near the low end of its trading range since mid-August.

The Bank of Japan is expected to keep its policy on hold later in the day.

“Due to worries about Evergrande, the market is still in risk-off mood, with both the dollar and the yen supported. My sense is the yen has been generally shorted by many players so there can be room for more short-covering,” said Tohru Sasaki, head of Japan markets research at JP Morgan.

Evergrande, once China’s top-selling property developer, is inching closer to a key deadline on Thursday when the firm is due to pay $83.5 million in interest relating to its March 2022 bond.

The bonds would be deemed in default if Evergrande fails to settle the interest within 30 days of the scheduled payment dates.

Investors also look to how mainland Chinese markets will react when they will reopen on Wednesday after a four-day weekend.

Ahead of the onshore trading, the Chinese yuan was on the defensive at 6.4845 per dollar in the offshore trade, near one-month low of 6.4878 set on Monday.

Another major focus for the day is the U.S. Federal Reserve, which is expected to drop more hints on its future policy path, including when to start tapering its bond buying and when to start raising interest rates.

There are rising expectations the central bank will signal it plans to start reducing its massive bond purchases in November if incoming data holds up.

The so-called “dot plot”, which charts policymakers economic and rates projections, will attract attention for clues on when the Fed will hike its interest rates from the current near zero level.

“Perhaps tapering is already baked in. What will matter the most for the currency market is how dot-plots or comments from Powell will affect U.S. rate expectations,” said JP Morgan’s Sasaki.

Cryptocurrencies were fragile, with bitcoin hitting a 1-1/2-month low of $39,573, having fallen more than 25% from its four-month peak hit just two weeks ago.

The United States on Tuesday unveiled sanctions against a cryptocurrency exchange over its alleged role in enabling illegal payments from ransomware attacks.