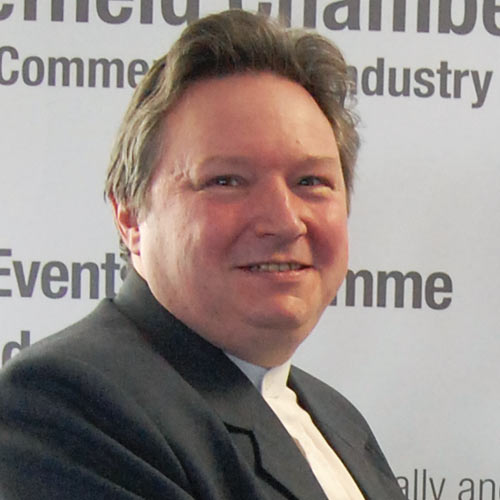 An Internet tidal wave coming your way?
The Internet has disrupted many an industry already, from retail to music, communications to journalism. It’s still sending out waves of disruption from small ripples to massive tidal waves. Could the next major wave be a major ‘disruption’ to banking and business finance?

With Crowdfunding raising over $1.5Billion last year, 80% of it in the USA (according the UK’s ‘Innovation Foundation’  NESTA). From almost a standing start. So there is certainly ‘something going on’ that the smart money needs to know about. Especially as it’s only just getting going funding business and growing at such a colossal rate.

There are already an estimated 700 funding platforms worldwide. This has been growing at over 60% per year and is probably accelerating further since new services have recently arisen to make it much easier to launch a whole crowdfunding platform, obviating any need to commission or build it yourself.
So what is crowdfunding and what are these platforms?

There is Nothing New Under The Sun – Apart from the Internet
Since Solomon uttered those words in antiquity they’ve remained beyond contradiction – at least from a certain viewpoint. But the Internet has changed everything, and continues to change everything. “Just when we thought it was safe to go back in the water” the waves of disruptive change start again from over the horizon – and sometimes they create a super-storm, like Sandy, each building on the other.

So it is with Crowdfunding, which builds on the web itself, but crucially the two way communications, and web of trust and community arising out of the social media revolution. There may or may not be anything new in the underlying models themselves, but much that’s new arises out of their ability to scale so effortlessly – and to build in that unprecedented social ‘web of trust’.

Crowdfunding comes in three ‘flavours’ that can be called debt, equity and pre-sales or rewards. (Some would also add a fourth: donations).  They all share this in common: the funding is raised from a crowd of individuals, not an institution. A crowd that is brought together, largely via social media and certainly via the web, for this very purpose. A kind of ‘transient tribe’ based on a common interest, made possible by the technology.

Other common features are a pitch (almost always a video pitch ala YouTube, augmented by an online description and maybe some documents, business plans etc). A fixed timescale (usually 30 days but it can be 60 or more) and a fixed target to reach. Most platforms are ‘all or nothing’ – you either reach the target in the time available or the money is returned to sender (although one or two variants rock a little differently and allow for partial funding to be released).

Most commonly the platform is funded by a ‘success fee’ of typically 5%, although some also charge for additional services.

Pre-Sales aka Rewards-Based CrowdFunding
Pre-sales – often called rewards-based – Crowdfunding accounts for the biggest bulk of innovation and activity at present (although that looks set to change). It tends to use the language and embody the ethos of the third sector (eg support, donations and rewards) and can be more, or less, commercial. It can be as simple as getting a new product off the ground by generating sufficient funds for the first production run. Usually via a mixture of pre-sales and ‘contributions’ for a certain amount of recognition – or just to support the project. It’s been widely used already in the arts and film world’s most recently funding some significant (if low-budget by the standards of the industry) movies with big names attached, such as Danny DeVito. Now it’s moving in to support startups and entrepreneurs.

The best known platform is KickStarter.com. There are dozens of examples but perhaps the iconic one is the Pebble Watch. The Californian team behind it needed $100,000 to get it into production. They received $1million of (mostly) pre-orders within 27 hours of launching the fund, and this increased to over $10.2 million by the time the fund closed. Not every fund is as successful of course but over 40% are – with most of those exceeding their targets by much smaller amounts.

Crowdlending
Perhaps the best known example of ‘debt’ or loan based Crowdfunding is Zopa.com in the UK. Here lenders can commit funds and set criteria. Their loans are made in small packets of £10 or so to spread risk. Borrowers are pre-qualified by the platform for credit-worthiness and then can bid as to rate. Default rates have proved better than for traditional lending and rates to savers are proving much more attractive than those available from high street banks. Although this has been used mostly for consumer lending it is increasingly providing staple, cash flow, and finance for small companies.

CrowdInvesting
The most controversial form however is equity based crowdfunding – or CrowdInvesting as it’s often called. This has grown up principally in the UK, because stricter SEC rules have effectively outlawed it in the USA. Until now that is. The Jobs act, signed into law by President Obama in April changes the law to allow for it, and did so in record time. Since which things have slowed down as the SEC, tasked with creating the regulatory framework, are either struggling to do so or, some would say, dragging their feet. There’s much conjecture that those who benefit most from the status quo would rather see this particular upstart strangled at birth – despite its huge potential to support entrepreneurs and even transform the economy.

This battle has been joined in the UK too with the regulator, the FSA, coming in for much criticism because of their approach, and suggestion that they might want to restrict this to “sophisticated investors”.

A Host of Angels
The best established and most prominent examples of CrowdInvesting include CrowdCube and BankToTheFuture. CrowdInvesting differs from Angel funding in that you expect to get a ‘host of smaller angels’ – all with a smaller stake, rather than one or two larger ones. The entrepreneur or company makes the offer or offers and remains in control. The stakes are typically much lower for investors and they have less involvement and little or no control.

This brief summary can hardly do justice to this important and fast expanding field which has profound implications for every area of business and finance. Crowdfunding shows great potential to transform the landscape for businesses and especially entrepreneurs and startups. It also throws up new opportunities and challenges for Angel investors, changing the game forever.

I hope to bring you a series of articles over the coming weeks both exploring the explosive potential of Crowdfunding further and reporting on its rapid developments, battle with regulators and vested interest, and their implications for business and finance.

(c) Copyright Barry E James, November 2012
Barry E James founded and runs the LinkedIn Group ‘Crowdfunding Revolutions’, is a prominent advocate and commentator on the latest tectonic shifts in society and technology. He is also CEO of AngelRevolutions and a technologist of thirty years standing with patents granted in the UK, USA and around the world.

Demand for Interim Managers Grows in Banking and Finance