DAWN RAIDS: WHAT A COMPANY SHOULD DO NEXT 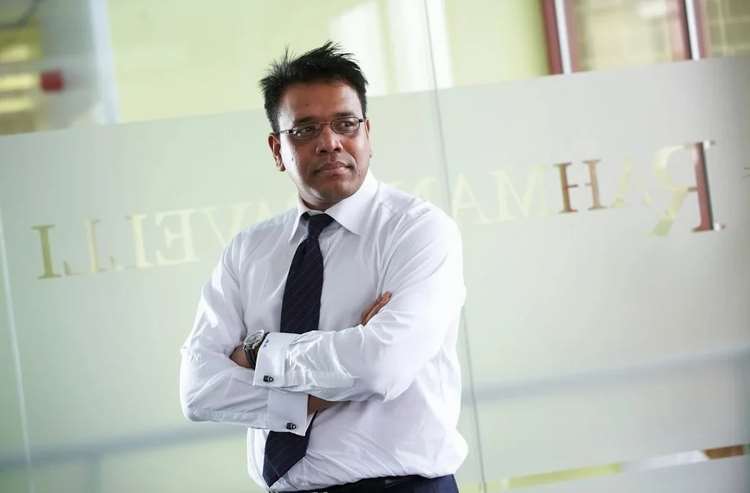 As the UK’s Information Commissioner says she will seek a warrant to look at the databases and servers used by British firm Cambridge Analytica, award-winning business crime solicitor Aziz Rahman considers the implications of a raid on a company.

If the police, HM Revenue and Customs, Serious Fraud Office, Financial Conduct Authority or other agency arrive at business premises with a  search warrant, it is a challenge for any corporate.

The immediate impact is obvious and painful. But it need not be a disaster. It is the steps that are taken there and then that will not only influence what happens later, but potentially limit the immediate damage as well.

A director’s instant reaction will be help and assist the authorities, to demonstrate just how reasonable he or she and the company are.  That instinctive approach is perfectly sound so long as it is tempered with a little steel.  A search warrant is a potentially serious infringement of the liberty and the rights of the subject – the High Court has had to repeat this time and again in recent years, see e.g. R (Chatwani&Ors) v National Crime Agency & Birmingham Magistrates’ Court [2015] EWCA 1283 (Admin), 106.

The simple fact is that no matter how serious the case, the various authorities seem to believe that it is appropriate and acceptable not to involve lawyers in their without notice applications to judges for search warrants.  We are seeing it time and again.  This can be a huge mistake. They do not seem to be learning the lesson.  The most immediate step to take after being served with the warrant, therefore, is to get legal representation immediately.  The solicitor contacted should speak to the lead officer and will usually ask that all searches and seizures wait until he or she arrives.  If that is going to be soon then it is a reasonable request and should be accommodated.  If it is refused then it may be that the officer will live to regret that decision later.

There are literally hundreds of articles on these topics.   We do not intend to set out the law in detail here. The point is that it is very worthwhile for the subject of the search to be pro-active in communicating what he or she feels can and cannot be seized.  Documents containing material that attracts legal professional privilege cannot be seized – no warrant can authorise that.  In R (Tchenguiz&anor) v SFO and Ors [2013] 1 WLR 1634 the High Court said (para 264) that it was clear that; “from R v HM Customs and Excise, Ex p Popely [1999] STC 1016 and R v Middlesex Guildhall Crown Court, Ex p Tamosius& Partners [2000] 1 WLR 453 that the proper procedure is that an independent lawyer should be present to assess claims made for legal professional privilege, without prejudice to the right of the person being searched to go to the court.”

Often, where there is an obvious danger that documents attracting LPP might be inadvertently seized, the warrant will allow for the agency to bring with them an independent lawyer to review material in situ.  Your own lawyer present at the scene can demand that documents are assessed for LPP – or that they are bagged separately for later independent investigation.

Special Procedure Material (SPM) is defined in s14 of the Police and Criminal Evidence Act 1984 (“PACE”).  It is a sweeping-up category of material meriting special protection but falling outside of LPP and Excluded Material (journalistic material).  This includes material in a person’s possession who acquired or created it in the course of any trade, business, profession or other occupation, or for the purpose of any paid or unpaid office (s14(2)) and is held by that person subject to an express or implied undertaking to hold it in confidence.  That sounds very far reaching but in effect it is more limited and really applies to very confidential information; such as medical or welfare records of individuals or very sensitive business documents, such as confidential contract negations or perhaps staff disciplinary records.  Where SPM might be seized, the warrant has to be authorised by a judge of the Crown Court, not a magistrate.

This is one area where corporate clients often feel aggrieved: the seizure of computers that then disappear with the officers, effectively disabling the company without it having any clue as to when they will be returned.

There is a special process for electronic data (see s19(4) of PACE) – the searching officer can demand printouts of documents.  Sometimes officers arrive with equipment that enables an image to be taken of a computer’s hard disk. This means that the image can be searched later and the business is not inconvenienced by the disruption of losing the computer.  Where the officers want to remove company computers, it is worthwhile asking them instead to image the drive – and you should note that you have made that request.  The Attorney General’s Guidelines on Disclosure, which provides guidance to investigators, specially provides that “where it is not possible or reasonably practicable to image the computer or hard drive, it will need to be removed from the location or premises for examination elsewhere.” This allows the investigator to “seize and sift” material under sections 50-51 of the Criminal Justice and Police Act 2001for the purpose of identifying material that which meets the tests for retention in accordance with PACE.

Just because there is a warrant does not mean the officers have carte blanche to do whatever they want. The warrant can and should be inspected and objections made where items are to be seized which the occupier considers irrelevant to the search. If the warrant is wide – then perhaps it is too wide.  R (F, J and K) v Blackfriars Crown Court and Commissioner of Police of the Metropolis [2014] EWHC 1541 (Admin) is instructive.  The company concerned provided services to solicitors’ firms.  A search warrant was granted.  The seizure authorised by the warrant included: “any computer hard-drive or other information storage device capable of storing” the information lawfully sought for the police investigation.  The High Court held that this was too wide.  There was no guarantee that the hard-drive or devices present would contain the information sought, and they could have contained files for unconnected legal cases.  The warrant was quashed.

There are further rules about what may be retained, particularly in the case of seizure of digital material.  Again, the issues are too long for this article. But the point is that the steel we mentioned earlier is required – the nerve to ‘police the police’ should continue past the initial search and seizure.

As mentioned already, there is a tendency for officers to still treat search warrant applications as if they are not as serious and demanding as the High Court consistently says they are.  The former Lord Chief Justice in the case of R (Golfrate Property Management Ltd & Dr. Gulam Adam) v Southwark Crown Court & Commissioner for Police for the Metropolis [2014] EWHC 840 (Admin) expressed dismay at the fact that it is routinely still police officers (not counsel) making applications for warrants – and then making mistakes by failing, for example, to give full and frank disclosure to the Judge.

Procedures devised in anticipation of a raid can be hugely important when it comes to reducing the harm that may be caused.

It is vital that any procedures devised should include:

* Arrangements to contact a company’s legal representative if and when it appears a raid is to be carried out. It is vitally important that the company – or at least someone appointed to act on its behalf – knows its legal options.

* Basic but important checks to be made when the investigating agency arrives: Is there legal authority for what the investigating agency plans to do? Exactly what type of activity are its staff allowed to carry out? Are they named on the mandate? Can they verify their identity? Is the mandate for the correct period of time?  Such checks, by someone versed in the relevant law, can prevent those arriving at the premises with a warrant exceeding their authority.

* Plans to make copies of anything taken and take notes of any questions and discussions between the company’s staff and those of the investigating agency. The investigators should be followed so they only take what they are entitled to and do not read legally privileged material.

Having appropriate procedures in place to deal with such an intrusion can make a massive difference to a corporate’s ability to keep functioning. They can be the difference between paper documents and digitally-stored material remaining on site, where they are needed, or being taken unlawfully by those carrying out the raid.

No corporate is likely to know when a raid will be carried out. But the right preparations and a knowledge of the relevant law can minimise the financial and reputational damage one can cause.

THE 6 SEATING SINS – WHICH ONE ARE YOU?