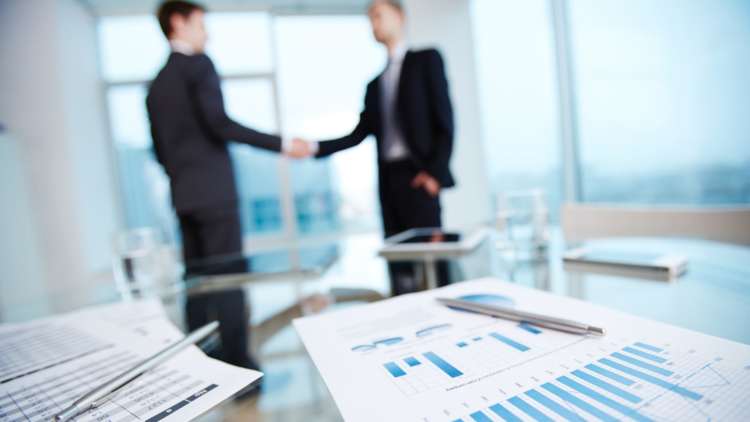 In the fintech world it seems every month there’s a new trend or terminology to get acquainted with. From just learning about cryptocurrency a few years ago, to the crazy boom markets of 2017-18, the market has now moved on to DeFi, or Decentralised Finance to those less in the know.

It’s a trend which is gathering momentum, too – $275m of crypto collateral was invested in the DeFi economy in early 2019, but by February of this year it hit $1 billion, and by the end of July this number had risen to $4 billion.

According to crypto exchange Binance, DeFi refers to “a movement that aims to create an open-source, permissionless and transparent financial service ecosystem that is available to everyone and operates without any central authority.” Essentially it gives full asset control to those who use it, whether this is through peer-to-peer models or DeFi applications.

These apps, known as DApps, run on a blockchain network meaning they’re not controlled by a single authority. And as they are also Open Source, they are publicly available – characteristics that make transactions quicker, more affordable and more efficient than their centralised counterparts, where data is stored on servers managed by one authority (think traditional banks).

So why is DeFi getting so much attention?

DeFi is exciting for many because it gives more people more control over their money. Where much of the financial sector is traditionally centralised it inherits bias, thus restricting many people from their funds and what they can do with it.

With this approach, anyone can make investments or get into trading much more easily, and, most importantly, keep control in the hands of the user and not large corporations.

One of the preliminary benefits of this control is the improved visibility we gain over our financial data. In fact, any data we produce in general, whether online or through smart devices is predominantly controlled by giant centralised platforms such as Google and Facebook. In many cases users are unaware of where this is being sold on, or at least have been up until now.

As with DeFi and DApps, a way to decentralise this control has been introduced – in the form of Data Unions. A relatively new concept, this is a framework that enables individuals to bundle together their real-time data with others to create valuable insights which can be sold on, offering each the chance to earn revenue. It is helping businesses and individuals realise the value of the information they produce.

How does it work?

Our data on its own holds little value, but once bundled with multiple data sets from other people and sources and combined in a Data Union, it becomes an attractive set of insights to buyers who can use it to improve their market knowledge, product or service.

Data is shared through an app on the device or object via Streamr’s Data Union framework, a toolbox, which any developer or company can integrate into their existing products. It also allows individuals to choose which particular data types they share and monetise, and which they keep private.

This information then passes, encrypted, through the Streamr Network, to the Data Union where it’s bundled with others’ data for sale on the Marketplace – a process called crowdselling, which has the potential to generate unique data sets by incentivising trade directly from data producers.

What’s more, Data Unions can be set up to capture any form of data. For instance, a music streaming company could commission their own app where users could sell their listening and genre habits paired with their demographic info.

What has this got to do with DeFi?

Data Unions can help provide a means of DeFi direct to the people that need it most.

To break this down, a Data Union is beneficial because it enables any internet user to be paid for their data, which is unlike any data tax that has been proposed by many politicians. And, the advantage of a DeFi solution is that anyone can get paid from it because the finances are no longer dependent on their jurisdiction, but on which products they are using. Putting these together can have endless benefits.

We’re already seeing this happen, with a framework being used to improve the lives of financially marginalised groups. Tracey is a blockchain enabled Data Union working in partnership with WWF.

The application incentivises Filipino fisherfolk to record their catch and trade data digitally through direct data monetisation via the Streamr Marketplace. This data makes the first mile of their seafood products through the supply chain, traceable. With regional fish stocks declining, accurate catch yield data is a desirable insight for third party members such as retailers and final buyers.

The benefits of this model are twofold. Many fisherfolk in the Philippines are unbanked, meaning they don’t have a bank account. Trading this data gives them access to finance and loans previously out of reach, changing them and their family’s livelihoods. It also enables a self-sustaining ecosystem that captures accurate traceability data and helps these areas monitor their overfishing levels for more sustainable fishing.

What does this mean for us for the future?

We’re seeing a lot of momentum building around all forms of online decentralization,and the potential is huge. Over the coming years we will see these systems become ever more integrated into the existing internet stack, which will profoundly impact our possibilities online. Soon, it will become normal to take part in the internet’s data economy.

We see internet users becoming members of several Data Unions and have a range of different options to choose from that best suits them and their data sets. Personal data monetisation will no longer be a privacy issue we’re all suffering under, but rather a question of whether we want to sell our data or not. Users will have the freedom to choose for themselves if they want to sell their data or not and ethical data sharing will become the norm.

COVID-19: Dealing with fraudulent applications for the Bounce Back Loan Scheme