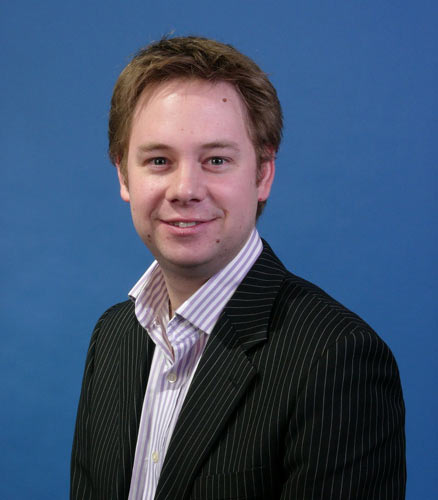 Earlier this month the Bank of England’s Andrew Haldane revealed that four of the six top UK banks have listed cyber-attacks as their number one concern. In addition, for the first time, one of the top US banking regulators has named cyber-threats as a major factor heightening banks’ operational risk. And banking security experts say this is a sign that great regulatory scrutiny will come.

For any organisation a breach in security is a major issue. But for banks in particular, where consumer confidence is of paramount importance, a brand may suffer such irreparable damage, there could be no going back. Just last month Zeus, cyber criminals remodeled an old virus called Zeus and used it to obtain banking credentials and hack into bank accounts; it managed to steal $70 million.

From whichever vantage point you view it, the cyber-security landscape has changed. It is now about preparing for the worst and mitigating the risk to protect critical data and infrastructures. When it comes to IT security, there is no silver bullet. It’s a fact that for many banks it’s not “if” but “when” a breach will happen. They should start by asking themselves “what would I do differently if I knew I was going to be compromised?” and then build their security strategy to address this scenario.  Furthermore, banks shouldn’t obsess on “who” is attacking them from “where”, but keep focused on the threats themselves along with their effective remediation.  This way they can better protect themselves when the inevitable happens.

The key issue for IT security defenders, whether working for a bank, retail organisation or a utility company is that today’s hackers have become increasingly sophisticated and their attacks are ever more innovative. The good news, though, is that the technology and processes exist to effectively protect today’s increasingly complex IT environments against sophisticated attacks. Here are a few pointers:

Shore up your defences -Any advanced malware response strategy must start with detection and blocking. In order to have effective detection and blocking, without a lot of “noise,” you need a baseline of information about what’s on your network in order to defend it – devices, operating systems, services, applications, users, content and potential vulnerabilities. Malware detection, the ability to identify files as malware at the point of entry and remediate accordingly, combined with implementing access control over applications and users, is also important. Not only do these measures help you to take steps to reduce the surface area of attack, but with the right informational context, detection may also indicate that your organization is in the bull’s-eye of a targeted attack.

Identifying the Target(s) – The best threat detection and blocking only goes so far. When an attack does happen you need to be able to identify ‘Patient Zero’, the malware origination point. From there, visibility to identify affected systems, the application that introduced the malware, the files that are causing it to spread and which systems are affected enables you to address the infection at the root and avoid re-infection.

Enemy Reconnaissance – When an attacker successfully circumvents traditional security technologies, your incident response plan kicks in. At that point, chances are you’re in firefighter mode without the time, nor a PhD in forensics, to delve into volumes of data and sophisticated analytics. Use of Big Data analytics to identify fundamental behavioral characteristics of the malware will help you to quickly understand the threat. Visibility into how the malware affects other files it has either interacted with or dropped on the system is also essential.

Gaining the Upper Hand – With greater visibility and better protection, you can start to gain control and remediate. Detection and blocking combined with identifying affected systems ensures you start from a position of strength, eradicating the malware so you don’t lose ground. Updating protections based on the latest threat intelligence as well as constraining and eliminating attack vectors with application control enables you to further reduce risk. Understanding file behaviour and its path can help you minimize the impact of an attack and recover.

Effective advanced malware response requires visibility and control across the entire IT environment and along the full threat lifecycle, to not only identify and stop the spread of malware but also minimize the risk of reinfection. With the ability to detect and eradicate malware quickly and effectively you can be confident your security and incident response strategy is up to today’s challenge.

How banks can use technology to grow market share