CUTTING THE RED TAPE: A BOON TO BUSINESS 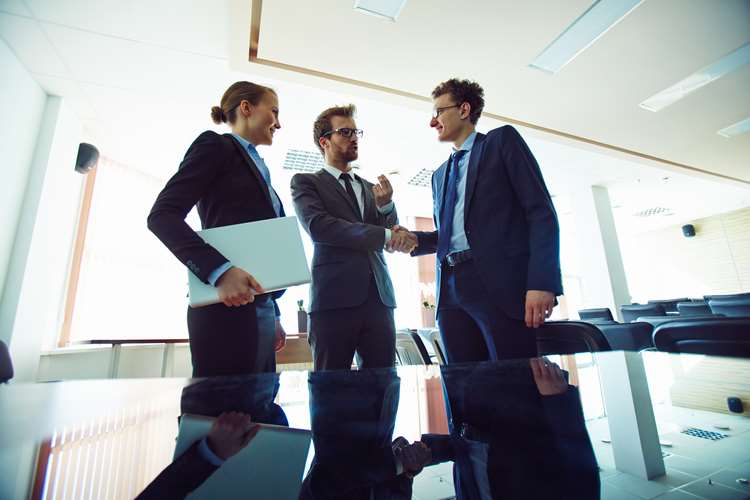 Anca Thomson is a lawyer specialising in corporate, business and intellectual property law at Excello Law.

Does Britain have a clear2020 vision? Over halfway through the two-year time limit prescribed by the terms of Article 50, but with no Brexit deal yet in sight, several critical fault lines remain between the government in London and EU leaders in Brussels. Despite endless discussion, debate, and dissection of the myriad issues over the intervening months, there is still uncertainty about the eventual outcome and how matters such as trade will work in practice. This leaves the shape and structure of a defined model for post-Brexit Britain’s future relationship with the EU unclear even though, at last, it seems that there has recently been some progress that could ultimately result in a trade deal, rather than political brinksmanship between the Government and EU. The question therefore remains as to how the UK might become a more flexible and attractive country for trade and investment than it has already been recognised up to now?

For most businesses, which are far less concerned about the political minutiae and much more anxious about the practical affects, there is hope – at least in the potential for some reduction in bureaucracy and regulation, colloquially known as red tape. To this end, The Red Tape Initiative (RTI), dubbed the “other Brexit department”, was launched in April 2017: a non-partisan project, comprised of a group of senior Remain and Leave-supporting figures from across the three major UK-wide political parties, as well as from non-aligned organisations in business and industry, such as the CBI, the IOD and the British Chambers of Commerce.Founded and chaired by the former Conservative cabinet minister, Sir Oliver Letwin, its principal aim is to create a consensus on the regulatory changes that could benefit businesses and their employees post-Brexit, and on cutting some of the bureaucracy that currently impedes business.

Between them, this cross-party initiative is working to identify changes ‘that could quickly be made in specific areas of EU regulation, with immediate benefits for jobs and businesses in the UK and with no adverse effects on our ecology or our society,’ according to its website.The main objective is to identify ‘early wins’ that could command cross-party support in both Houses of Parliament immediately after Britain leaves the EU. So far, RTI has identified more than 50 rule changes in cutting Brussels-derived red tape that could be implemented as soon as Brexit happens. After a transition period, this is presently scheduled to be at the end of 2020, subject to a deal being agreed this year. Designed to address the most problematic examples, as identified by businesses, UK regulators and trade unions, cutting red tape will include an overhaul of “state aid” rules which prevent the government from offering cheap loans to builders, for example.

In addition to housing, RTI has proposed scrapping restrictions across nine different sectors, including infrastructure, training and apprenticeships, retail, research and technology, health and energy. This reduction in red tape might not turn out to be a bonfire of regulations, but it may well be a step in the right direction for attracting new business.RTI is therefore a positive development, although it remains to be seen how pragmatic and efficient its proposals will be. The first results from its efforts are expected to be published shortly.

What really matters in RTI’s work is that time is spent efficiently in finding the areas of most concern and doing something practical about them by establishing the right framework for the private sector to step up its efforts to improve the UK’s infrastructure – particularly in sectors such as housing and transport.Despite the obvious attraction to businesses of less red tape, there is a balance to be struck between a beneficial reform of regulations that creates greater freedom for business to operate and keeping enough on the statute book to protect the rights of consumers and preserve the high standards which they can expect. As Sam Woods, deputy governor of the Bank of England, said in February when he warned against a “bonfire of the regulations” after Brexit, while pledging to “maintain standards of resilience in the financial sector at least as high as those we have today”.

Clarity of purpose and robust regulation can protect consumers and business alike by creating a level playing field and helping to encourage investment.For lawyers and other advisers in the professional services industry, clients are invariably interested in whether their business operations will really be as seamless as possible once the UK exits, or whether unforeseen problems may yet emerge.

Above all, international investors look for certainty. In practice, this ideally means preserving a stable regulatory backdrop and creating minimal bureaucracy in a business-friendly environment that encourages responsible, long-term investment in the UK. For our politicians to achieve that utopian balance is no easy task. A perfect 2020 vision will be possible in the years to come with the wisdom of hindsight, but looking forward rright now there is realwork to be done to reassure and attract investors.

PREPARING FOR THE UNEXPECTED CAN HELP SMES PROSPER