CUSTOMER EXPERIENCE TRANSFORMATION IS THE FUTURE OF HIGH STREET BANKING 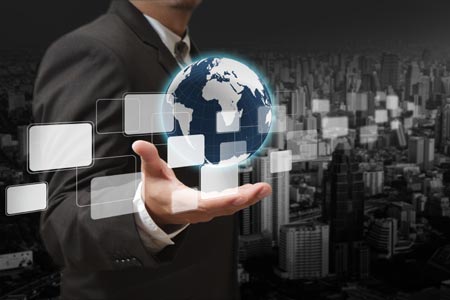 It’s no secret that high street banking in the UK has been undergoing a significant transformation over the last few years. As consumer dependence on the internet and smartphones increases, the way that consumers interact with their banks has changed, with greater interaction taking place through devices and applications. This trend was evidenced recently when the British Banking Association released research findings that showed that in 2015 bank customers used mobile banking 895 million times to check their current accounts. This is more than double the 427 million times they used their local branch to do the same. Similarly, competition from digital-first challenger banks such as Monzo(formerly Mondo) and Atom are disrupting the banking landscape, meaning traditional banks are suffering from a pincer movement from changing consumer expectations and habits, and new, more agile, competitors.

The ramifications of these pressures manifest in the form of branch closures and new technology-driven services taking their place. In the past year, more than 600 High St bank branches have closed in the UK, and more due to go the same way by the end of 2017.

Meanwhile, the digital-only challenger Monzo Bankhas been granted a restricted banking license by the FCA, meaning consumers are one step closer to accessing the first not only branch-less but mobile-first bank as a fully-fledged consumer bank service. It is clear that traditional banking strategies must undergo a transformation to maintain viability and profitability, but at the same time they must do so without alienating their customers or allowing the consumer experience to be negatively impacted.

To add another element to the perfect storm that banks face, theCompetition and Markets Authority (CMA) has laid out its findings following an investigation into the UK retail banking market, stating that banks are not working hard enough for their customers.Coupled with the confusing array of account options, as well as lack of transparency on associated fees and charges,the CMA said that banks have created an uncompetitive landscape. The CMA suggests that the current system is one where consumers are reluctant to shop around due to lack of information, and so banks have little motivation to up their game when it comes to enhancing customer service.

Overall the CMA calls for a move to an “Open Banking” standard to increase competition, and also for banks to utilise open APIs, so that banking data is more easily shared with third party comparison partners. This would make it easier for customers to make comparisons and switch banks when they see a better deal on products somewhere else. There are still a number of wrinkles to iron out with regards to the creation of an “Open Banking” standard, especially around security. What is apparent,however, is that, when the CMA’s plans come to fruition, banks will face increased competition and will need to react appropriately to keep their customers. But how can this be done?

Technology can ask the question and give the answer

While it sounds simple, the first step is for banks to re-profile their customers and gain a more nuanced picture in order to provide more tailored services. This means looking at who they are from a demographic and geographic perspective and understanding what their banking needs are, how they want to interact with their bank, and tailoring the services to meet those needs. Beyond products and services, too, banks also need to consider new standards such as open APIs and how they might use them to put more information and choice in the hands of the customer. For example, real-time transaction software that syncs credit card and banking allow banks to provide a more simplified and smoother banking experience overall for consumers. Through this, banks can personalise their services, not just in terms of flexibility, but also geographically. For example, in areas where the customer demographics show that having a bricks and mortar branch is the best method, this can be done. This is supported by Nationwide, where its Head of Retail Delivery and Group Retail Strategy Mark Welbourne said: “Data shows that Nationwide’s share of the Current Account market is higher in populations closer to the Nationwide branch network. As this is true for both new business and stock (back book), it would suggest that accessibility to a branch is still an important factor when selecting Nationwide”.

Similarly, in areas where customers are more digitally minded, the bank can reduce its footprint here in favour of digital services.

It goes without saying that technology plays a key role in delivering the services consumers want, both in store and online,and in building the picture of the customer. For example,virtual bank tellers are starting to appear in branches in the US, and while they cannot replace a real-life human teller, they can help to provide more flexible services that meet the needs of customers better – such as through out-of-hours services.

The challenge comes with the size of the user base. 62% of adults worldwide have a bank account of some nature. This is a huge number of people with a diverse range of requirements and expectations, which technology needs to be able to manage. Luckily, adopting the latest technology trends can help to ease this. Thanks to the rise of cloud computing and its current maturity for financial services institutions, retail banks can now benefit from a technology that can deal with this vast amount of data, at a far more reasonable cost than previously possible. And now due to the cloud’s maturity it is possible to adopt some of the most advanced technologies such asAI/automation, mobile app development, and advanced analytics, all of which help to provide the targeted products and services that customers need, when they need them.

Another solution, in addition to modernising legacy technology, is for banks to look to partner with start-ups. By doing so, banks can combine their expertise in traditional finance with fintech’s track record for new innovation to help drive the industry forward. One such example is the partnership between TransferWise and Raphaels Bank, allowing faster payments via TransferWise, which benefit consumers and encourage innovation and competitiveness in the money transfer market. A number of UK banks are also creating start-up accelerators, working with fintech entrepreneurs to foster talent and create new innovations. The Barclays Accelerator is one such example of this and similarly the Bank of England has launched its own accelerator.

There is a multitude of routes that banks can take to ensure they are remaining competitive and offering the best service for their customers but what is common across the board is the importance of technology. There may currently be a push for more digital services, but for some customers, the bricks and mortar branch will always be a required touch point. Thanks to technological innovation that is happening in both areas, however, if banks are ready to jump in and use technology services to their advantage they can weather the storm, remain competitive and keep their customers satisfied.

DOES TECHNOLOGY HOLD THE KEY TO CUSTOMER RELATIONSHIPS IN BANKING?