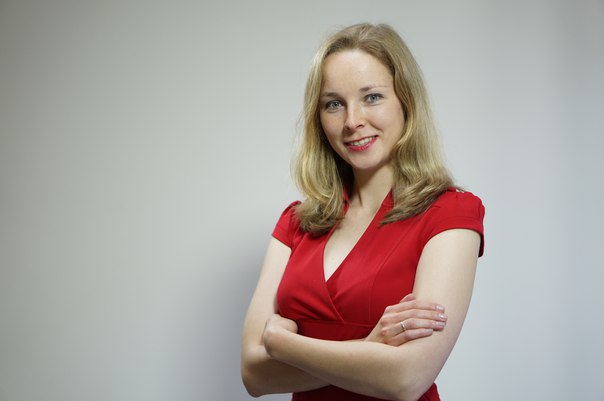 Elizabeth Belugina, the Head of Analytics Department at FBS

These days cryptocurrencies are now on everyone’s lips. Are we on the edge of new financial reality or is this just another bubble? In the year of 2017,there are a lot of cryptocurrencies: Bitcoin, ETH, Ripple, Litecoin, Solar Coin, Waves and hundreds of other “coins” that emerge almost every day.The overall capitalization of this market surged by more than 800% this year. Because of their specific features cryptocurrenciesare considered a new asset class, which currently offers the highest returns among all asset classes. Cryptocurrencies have no intrinsic value and are valuable only when exchanged with other currencies, but unlike fiat money, they don’t represent debt.

Although a lot of people rushed into Bitcoin – the first and the most popular cryptocurrency – not all of them can boast of understanding the blockchain technology, which lies at its basis. The blockchain is indeed a revolutionary thing. It allows building systems of distributed ledgers, which are based on peer-to-peer networks of computers and do not have a central authority. In such systems, transactions are recorded and verified on a shared, virtually incorruptible database in the form of a chain of blocks. A non-tech mind can concentrate on the main benefits of the system: the need of oversight or intermediation goes away, transactions become cheaper, transparency increases as transactions cannot be altered or deleted.

Bitcoin came into existence just a few weeks after the global financial crisis, yet the world has become really obsessed with it only this year. According to CoinDesk, about 40% of crypto enthusiasts bought Bitcoins for the first time in 2017.

Where the price comes from?

Bitcoin’s price depends on several factors.At the base of everything, there’s, of course, supply & demand.

Bitcoin supply is limited. The total number of Bitcoins in existence is not expected to exceed 21 million. In line with Bitcoin generation algorithm, the number of Bitcoins generated per block is set to decrease by 50% approximately every 4 years. Finite supply is one of the reasons why the asset’s price is going sky-high. Demand is another big driver. A lot of Bitcoin investors became such out of fear of missing out (FOMO). Many websites contributed to the rush with posts that a person who bought 250 Bitcoins in 2010 would have by now become a millionaire.

News flow is a great engine of the demand for Bitcoins. If well-known companies and businesses start accepting Bitcoins as a means of transaction, the cryptocurrency’s quotes move up.Negative news can be about government regulations in various countries, bankruptcy or hacks of bitcoin exchanges, related websites and services.In addition, Bitcoin falls when large players need fiat money and sell large quantities of Bitcoins to get it.

The most recent wave of interest in cryptocurrencies was driven by Initial Coin Offerings (ICO). ICOs are a new form of crowdfunding. Various types of ventures raise money by selling tokens for Bitcoins or other cryptocurrencies. Often an idea is enough to collect millions of dollars.These tokens grant investors access to a product or service that will be built with the money raised in the ICO. This option based on Ethereum – a cryptocurrency, but also a platform for apps – has broadened horizons for a lot of projects, but also gave scammers a way to attract funding and disappear. It seems that ICOs, which have gone rogue on a global scale, represent the main risk for cryptocurrencies’ ecosystem.

If you decide to trade cryptocurrencies, you’ll need to take into account the fact that they are highly illiquid and extremely volatile. Low liquidity is what makes the market vulnerable to speculation: large players can easily manipulate the price. Cryptocurrencies have low correlation with other asset classes but are highly correlated among themselves. As the price of Bitcoin climbed, investors got interested in other cryptocurrencies.

In addition, it’s necessary to understand that buying a cryptocurrency is not like buying a stock or commodity futures. There’s something of a Wild West in the cryptocurrencies market. Dealing with cryptocurrencies involves a whole bunch of risks:risk of systemic & flash crashes, centralized exchange hacking,fork risk, mining concentration risk, regulatory risk, compliance & due diligence risks and many other risks.

As Bitcoin’s price is still more than 300% up from the start of the year, concerns that such surge is a bubble are shared by the majority of market players. According to the famous anecdote, American businessman Joe Kennedy once said: “You know it’s time to sell when shoeshine boys gives you stock tips.” And now you can hear about Bitcoins everywhere. The current situation is often compared to 17th-century Dutch tulip bubble or the weeks before the dot-com crash.

On the bright side, crypto market cap varies between $100 billion and $147.1 billion, which is commensurable to the market cap of McDonald’s. It’s a drop in the ocean compared with other financial markets, so a scope for further growth exists.

There are several things that may drive Bitcoin “to the moon”. Blockchain technology is a revolution, which will lead to a better and a more efficient economy. Some experts compare it with the Internet and say that now that it is here it won’t go away. As cryptocurrencies are at the moment at the front side of the blockchain, it’s hard to believe that they will go down. The negative talk about Bitcoin and its brothers and sisters comes mainly from banks and governments, which of course can’t welcome something that will deprive them of control over money supply and circulation. Yet, it’s not likely that cryptocurrencies will be banned in the entire world. The Bank of Sweden has already started investigating a possibility of turning national currencies into cryptocurrencies.

That said, one has to understand that the market may be currently pricing in more than Bitcoin has to offer.As a result, short-term investment horizon is a most sensible option when dealing with Bitcoins – for now. Don’t be in a hurry to swap your fiat currencies for Bitcoins –nothing should be done in a hurry except catching fleas. At the same time, keep your eye on the ball: Bitcoin 2.0 will be the future.