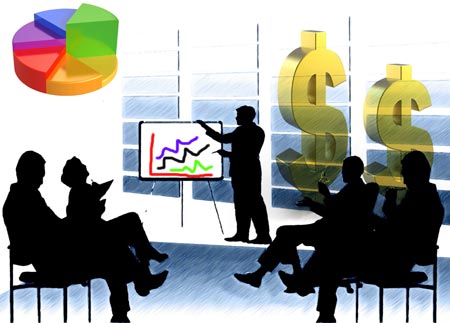 Corporate intelligence experts at KPMG – who conduct background searches on behalf of clients before they enter into business relationships with companies or individuals –  have launched the first study into the risks companies take when they enter into business relationships.  ‘Astrus Insights’, which analysed some 8,000 integrity due diligence reports, found the financial services sector is the most exposed of any industry to the threats of fraud, corruption, insider trading, negligence and bankruptcy.

Nearly half of reports conducted in the financial services sector raised ‘red flags’, while nine out of 10 of the highest risk reports were completed for banks. These reports included serious risks such as directors or shareholders on sanctions lists, or associated with fraud or corruption charges.

The results of the analysis reflect in part the fact that the financial services sector is generally further advanced than others in reviewing its third party relationships, in particular with customers, and in identifying high risk relationships requiring due diligence. Yet the industry is still getting to grips with the scale of the risks faced.  Over £57 million was paid out in fines by financial institutions to the Financial Services Authority in 2012* relating to money laundering, corruption or other integrity issues potentially involving third parties.

KPMG’s analysis shows that financial institutions are right to take this risk seriously as our due diligence uncovered high levels of risk either in their existing portfolio or prospective customer relationships.

Alex Plavsic, Head of Forensic at KPMG said: “While some banks are doing their utmost to delve deeper into the backgrounds of those they do business with, we know that many are still applying a cursory review, only going as far as a sanctions check and an internet search for their research. This is not sufficient.  Our analysis shows that these checks typically fail to identify nearly 84% of potential risks. Indeed, in some cases, checks are only being carried out after the institutions have already signed the contract with a third party. As association like this could give rise to serious legal, reputational or commercial risks.”

Third parties are only as trustworthy as the people who run them and the single greatest risk identified was the integrity of directors, shareholders and ultimate beneficial owners of a company. Negative information on individuals running or owning a company accounted for 68% of red flagged reports in the financial services industry since 2009. Fraud was also the most prevalent risk uncovered, exceeding all others including money laundering, regulatory violations and business disputes.

David Eastwood, Forensic Partner, said: “Fraudsters pose, in equal measure, the most sinister and most clandestine of risks which banks must be alert to when entering into business arrangements.  In many jurisdictions it can be a challenge to accurately identify shareholders and ultimate beneficial owners. This information is often not readily available on corporate filings and the use of proxy or nominee shareholders or bearer shares can confuse matters. However, regulators have made it clear that financial institutions should seek to unmask the individuals behind the organisations they deal with; ultimately it is people that pay or receive bribes, launder money or commit fraud, not legal entities.”

The latest analysis also shows that the location where financial institutions choose to do business matters, with certain geographical locations found as greater hotspots for third-party risk than others. The Middle East and North Africa pose the greatest risk, accounting for 72% of all red-rated reports, followed closely by Central and Eastern Europe (including Russia) accounting for 71%, and then Central Asia (70%).

Eastwood continued: “Financial institutions face competing commercial and regulatory pressures, with the potential of tapping into high growth areas quickly countered by regulatory fines and sanctions if things go wrong. While many are doing their best to compete in the new world, too many are still overlooking the risks.”

Case studies
·         An investment bank was looking at a correspondent banking relationship in the Middle East. Background research revealed that the bank’s shareholders had been accused of corruption; the bank had allegedly conducted transactions for terrorist organisations, and had been involved in stock manipulation. The bank had been fined for deficient Anti Money Laundering (AML) controls and several of its directors were politically exposed persons. The majority of the investigations and allegations into the bank were identified through research outside of the country of the bank’s operations and required an international review of litigation and blacklist checks, and full reviews on the banks ultimate beneficial owners and directors. The Astrus due diligence identified a number of critical red flags that may otherwise have gone undetected, including significant concerns over the subject’s level of regulatory compliance that may not have met the standards required by the banking client.

·         A US firm was looking for a way to manage its logistics in Russia and was recommended a customs broker.  On the surface, the company looked to have a good reputation and had not been referenced in sanctions or blacklist checks.  The firm’s main contact point at the customs broker, the general director, had a good reputation.  However, further investigation revealed that the shareholders were caught up in allegations that they had paid bribes to customs officials and had faced various administrative fines through other businesses.  They were also embroiled in litigation in the US as a result of their activities there and were suing their business partner for fraud. Intermediaries and agents involved in customs clearance activities are generally considered higher risk and warrant enhanced due diligence, even if it is indicated that they have a good reputation.

·         An oil and gas firm had been recommended a joint venture partner in a central African country.  The company appeared to have the requisite track record, some well-known international customers, and was endorsed by local and international players in the oil and gas market.  However, due diligence uncovered that the ultimate beneficial owners of the company were all politically exposed, had been accused of corruption and embezzlement of funds and been linked to arms smuggling scandals.  These factors combined made the firm re-evaluate the recommendation it had received.