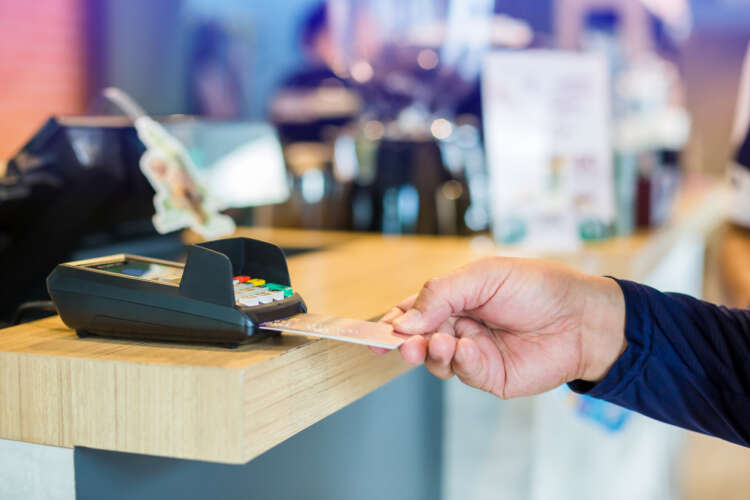 Chile is ahead of the global trend when it comes to financial inclusion with debit card payments higher than ever. The rise of eCommerce appears to have propelled alternative payment methods into the spotlight creating an abundance of opportunities for merchants.

Chile is proving to be a hotbed of opportunity for merchants, sporting a buoyant economy which is growing on several fronts. With a gross domestic product (GDP) rise of 11.7% in 2021, a boost for eCommerce in the first quarter of 2021 with online sales increasing by 196% and smartphone adoption up to 70% in 2020 forecast – set to rise to 81% by 2025 there are strong foundations in place for an evolution in the payments landscape.

Chile has the highest banked population in Latin America – a staggering 74% of the population of 19.4 million people have a bank account, compared to the Latin American average of 49%. This is most likely due to the Chilean government’s financial inclusion initiatives and banks who have been working in tandem to improve the accessibility of financial services in the country. One example of this is BancoEstado, who offer basic savings accounts and debit cards for individuals who don’t qualify for traditional current accounts. The country’s success is also down to the lower cost of bank accounts in comparison to other Latin America countries. However, despite the high percentage of individuals with access to bank accounts cash remains important, as well as other alternative payment methods including digital wallets and direct bank transfers which are also both gaining traction.

Due to the high number of banked civilians, debit cards have always favoured well in the country as a preferred payment method. This trend stood out in our April 2022 survey of 1,000 Chilean consumers, which also covered Brazil, Peru and respondents across North America and Europe, the Middle East and Africa (EMEA). 82% of the individuals surveyed in Chile had used a debit card in the past month when completing an online payment, a massive figure that is on parr with the UK – also 82%, and significantly higher than Latin America (69%), EMEA (54%) and North America (60%) .

Due to a number of initiatives in the country designed to drive financial inclusion through traditional bank accounts and debit cards, this high figure is largely unsurprising and looks like it will continue to rise. 65% of those surveyed in our research agreed that they use debit cards more frequently than they did a year ago – more than 10% higher than the Latin America average (51% of respondents) – and of those who aren’t using their debit cards more often, 22% of Chileans say they use them about the same amount as they did a year ago.

The new ways to pay that are taking off

When assessing the landscape for the state of play for alternative payment methods, digital wallets and bank transfers have the shown the highest growth in the last year. 24% of respondents say they’ve used a digital wallet in the past month for online purchases and 20% are using digital wallets more frequently.

Again, cash still remains a staple for the market, with 63% agreeing that it is the most reliable payment method, and 71% saying they’d be worried if they could no longer access cash. It is therefore not surprising that Chileans are also exploring eCash, with 14% having used it in the past month for online purchases, and 34% paying with it more or about the same amount compared to a year ago.

The cautious optimism towards online banking

Our research shows that opinions towards neobanks in comparison to traditional banks are optimistic but cautious. 61% of Chileans say they’d use an online bank but worry about how to deposit cash into it, a slightly more wary approach than what we are seeing for Latin America as a whole (54%), North America (44%) and EMEA (43%).

This pattern continues across the other aspects of trust and security in online banking, with 56% saying they’d use an online or neobank, but don’t fully trust them with their personal data. However, in North America only 43% of respondents say the same, and in EMEA just 38%.

The careful approach towards the security of online payments is largely in line with Latin America responses overall – 64% don’t feel comfortable entering financial data online, and 75% are more worried about online payment fraud today compared to 12 months ago.

An era for exploration

Despite Chile’s historically large banked population and the persistent dominance of debit card payments, which seems to have only increased its stronghold since the pandemic started – it’s still important to explore the opportunities behind alternative payment methods, as our survey data shows.

Consumer adoption of digital wallets and the rise in the use of bank transfers indicate a willingness among the population to explore new ways to pay. This, combined with Chile’s growing economy and a positive outlook for eCommerce, makes the country a very interesting one when it comes to opportunities for merchants.