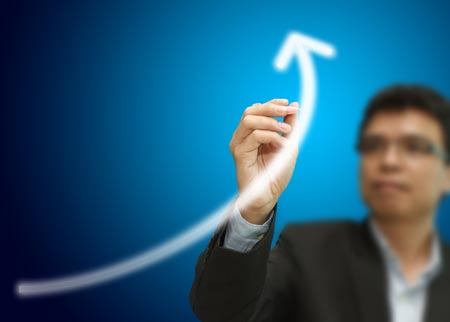 Demand for different types of biometric authentication has risen significantly since 2014, with iris scanning moving ahead of fingerprint technology to the top of Intelligent Environments’ 2016 Future Password Index (FPI). The second iteration of the FPI revealed that 60% of consumers would consider using iris scanning technology in 2016 compared to just 33% two years ago. The latest FPI also highlights that other technologies, such as facial recognition, heartbeat monitors and voice verification have also increased in popularity.

A new addition to the list is vein verification technology, which was added to the list following Barclays’ announcement of late 2014 that they were planning on introducing the technology, with 37 per cent of consumers saying they would consider using it.

The research, which comes in the wake of a series of public hacks and cyberattacks, reveals that security has become a deciding factor when choosing who to bank with for over a third (37 per cent) of British consumers. In addition, British consumers aren’t totally satisfied with their banks’ security offering, with over a quarter (26 per cent) stating their bank could do more to protect their data from hackers and online fraudsters.

One of the ways consumers are looking for banks to better protect their data is through the use of biometric authentication. Almost half (45 per cent) would like to use biometric tools to access their bank account, and nearly a third (29 per cent) say they would be more likely to use a bank that has biometric security.

Whilst consumer demand continues to grow, biometric adoption remains low. Fingerprinting came out top in terms of use according to Intelligent Environments’ FPI, with 13 per cent saying they already use it, but adoption rates for all other forms of biometric authentication remains at less than 4 per cent. This is despite several financial institutions, such as HSBC and Barclays, as well as challenger bank Atom, which is a client of Intelligent Environments, and global payment provider MasterCard, introducing tools such as vein, voice and selfie (face) authentication technologies.

Clayton Locke, chief technology officer at Intelligent Environments said: “Given the increase in high profile cyberattacks over the past couple of years, it’s no surprise that security is increasingly a priority for consumers. Our previous research shows that traditional PINs and passwords are no longer up to the task of keeping valuable personal and financial details safe.

“Given the clamour for biometrics amongst consumers, those banks who seize the moment and are able to introduce biometric security measures across the board are likely to attract new customers. Over the coming decade, biometrics and security more broadly will undoubtedly become a key battleground within the banking industry where we are likely to see some of the more innovative banks steal a march on their rivals.”

ISLAMIC FINANCE LEADERS FROM ACROSS AFRICA, THE MIDDLE EAST AND BEYOND SET TO GATHER IN DJIBOUTI TO BOOST TRADE & INVESTMENT FLOWS