CONFIDENCE IN THE BANKS CREEPS BACK - BUT MUCH LEFT TO DO. 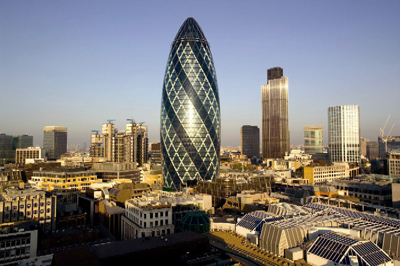 The tide is finally beginning to turn when it comes to trust in the banking industry. After the collapse of public trust following the uncertainty of the financial crisis confidence levels are slowly returning, if only among those with higher bank balances.

As the recovery strides on, over one in three UK consumers (36%) now feel content with the services they are getting from the banks, up from just 21% last year. It’s a big leap, even if there’s still some way to go. Financial reform – particularly curbing pay and tackling ‘too-big-to-fail’ banks – has likely played a part. However, our research has indicated that the real transformation in public attitudes towards banks will only happen when people feel that they are personally getting a fair deal and a good service – whether it’s applying for a loan or opening a savings account.

Here there remains a huge gap in perceptions between the wealthy and the average person. In the UK, four in ten (44%) high-net worth individuals said they were happy with the services from their bank or financial adviser, compared to 32% among ordinary people.

Confidence In The Banks Creeps Back – But Much Left To Do.

It shouldn’t be a surprise that the wealthy are more trusting of the banks. Most were less bruised by the financial crisis and have recovered lost wealth more quickly, meaning any lost trust has been easier to win back. Of bigger concern is the extent to which the “trust gap” is temporary or permanent. At a City conference last month, Mark Carney stressed the onus on the banks to address inequality, or risk seeing the ‘social contract’ of capitalism break down. The IMF’s Christine Lagarde has also talked about the ‘dark shadow’ of income disparity over the global economy. Even Thomas Piketty’s book ‘Capital’, with its powerful arguments about why capitalism will always create inequality, has added to the zeitgeist. ‘Money tends to reproduce itself,’ he says, with damaging consequences. Could one of these consequences be a permanent “trust gap” between banks and the mass market?

This isn’t to say that the wealthy are living in a completely utopian world. Across every demographic people still feel the banks lack honesty and the ability to follow through on their promises. Almost half (47%) of those questioned said they didn’t feel the banks share the same values as them, while a net 43% do not trust financial providers to keep their commitments and promises.

The newspaper headlines around Libor-fixing, PPI mis-selling and an excessive bonus culture have certainly added fuel to the fire. But here’s the crucial point. What drives people’s perceptions of the banks isn’t actually the ‘evil banker’ headlines. It’s how they feel about their own financial situations and how they’re treated on a day-to-day basis. It’s the personal, ‘emotional factors’ that really matter. How does my bank manager speak to me? How long do I have to wait to see someone? How difficult is it for me to get a mortgage? Does my bank help me manage my finances more prudently?

For the individual high street consumer it’s not ring-fencing retail and investment arms of financial institutions or slashing bankers’ bonuses that matter to them. Rather, the industry needs to show – through actions and words – that they are prepared to support the financial well-being of all of their customers, not just the wealthiest. The need for change has already been recognised by the Bank of England, which last month announced plans to set up an independent watchdog – the Banking Standards Review Council (BSRC) – which will closely monitor behaviour in the banking industry. This will go some way to establish an official ‘duty of care’ in the industry. Yet it’s all really down to hearts and minds. It will take more than committees, structures and regulations to restore trust to pre-crisis levels.

Only when the banks visibly put customers first and take into account their long-term interests will the industry sail its way to safer waters. Time will tell if Piketty and the others are right about the interplay of capitalism and inequality. In the meantime, banks surely control their own fate when it comes to restoring trust with their customers.