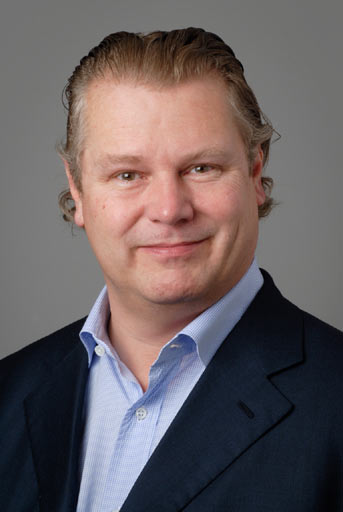 Commodity Trade Finance, normally short-term loans to help fund the purchase and/ or movement of goods, is arguably one of the oldest forms of finance in the world. It is also one of the most vital components to the global supply chain since it ensures the supply of everything from primary inputs for the steel industry to the food on our tables.Yet what was once a fairly simple and low-cost affair has been put under intense pressure due to the changing regulatory environment following the implementation of the Basel III rules. Over the past decade, rising demand for primary commodities from emerging markets such as China and India has in turn caused the price of these commodities to rise, directly impacting the amount of trade finance required to support the underlying transactions.

As domestic resources dry-up and prices rise fast-growing, resource-hungry nations are turning to one of the last relatively untapped sources of mineral wealth: Africa. What was once a relationship dominated by Europe and America is quickly being replaced by new customers.For example, China-Africa trade reached $166.3 billion in 2011, of which around $93 billion were African exports . While China is today Africa’s largest trading partner, other countries such as South Korea are also entering Africa with increased speed.

The type of commodities in high demand from Africa is changing. Both African and foreign businesses are expanding across the vertical supply chain using value-added processes such as refining oil or processing cereals in addition to extraction of said commodities, thereby increasing the value of commodities before being sold into their target market. Africa is in turn becoming a two-way trade area as it imports to develop these new industries, importing for example cement for buildings and fertiliser to increase agricultural yields. More exports are allowing Africa to invest more in infrastructure, which in turn is aiding the development of their economy. This is helping to increase consumption, which, in turn is boosting imports, as well as making local production cheaper and more efficient, again boosting exports.

Technology is also simplifying finance in Africa. A key development that continues to make its presence felt is the advent of the mobile telephone. By the close of 2013 it is widely predicted that mobile phone penetration will surpass 80% on the continent . From small scale farming, a cornerstone of many African economies to paying teachers in the countryside, mobile phone usage has spread knowledge of prices and simplified the transfer of money from urban to rural areas to no end. Indeed, although some countries such as the UK are only just beginning to use mobile payments, it already has widespread use thanks to African telecoms firm Safricom and its M-Pesa platform. This has now expanded with savings products offered under the M-KESHO brand in Kenya. More basically it has allowed collateral and logistics managers to keep in constant contact with their goods throughout the transaction process. The advent of photo messaging has meant stock can be photographed, providing visual confirmation of the location of goods. For trade finance, this will continue to provide vital information to traders and financiers.

The Challenge: Risk profiling Africa’s potential
One would think that with growing global demand and untapped economic potential, the nations of Africa and the local companies operating within would be spoilt for choice in terms of finance.However, the continent is disproportionately penalised in risk assessments with regards to credit risk.

According to research conducted by the World Trade Organization, this disproportionate penalisation is due to many Sub-Saharan banks’ limited reputation and the turning away of tier-1 banks from their less developed cousins in the global banking community despite relatively healthy balance sheets.As a result, large firms requiring financing for their operations in Africa have received preference from the major international banks, which has restricted lending opportunities for many smaller, albeit well-managed companies that have had their short-term credit lines cut overnight.This is despite the fact that the Letter of Credit default rate in emerging markets was 0.8% and the rate of loss was 0.08% according to research

Another reason for this disproportional penalisation is the limited amount of financial and other data available on Africa. Since a great deal of on the ground knowledge that cannot come from desk research is necessary to make good business decisions, especially in the area of Trade Finance into, out of, and intra Africa, this can prove frustrating for those looking to expand into these promising markets.

The risk calculation is not entirely reliant on assessing companies either. The surge of new infrastructure and private, communal and government-led projects means that information pertinent to investorsis constantly changing. If a journey from a mine to a porton Benguela railway in Angola is renovated or put back into service, journeys that would take 3 weeks on an old road can happen in now in one week. This dramatically impacts both the type of financing and the amount of capital required by the would-be borrower, in addition to creating wealth as well as jobs

A challenge can also arise in the final stage of the transaction: the remittance of funds. Reforms and changes in currency controls (a virtually non-existent problem in the West) can cause major delays in the remittance of funds from profits accrued in countries such as South Africa.On the macro-side, even though some countries have lower debt-to-GDP ratios than their European counterparts, this is not reflected in mainstream risk calculation. The vast geographical expanse of nations within Africa is also poorly reflected in risk assessment: whilst certain areas like Kanu in Nigeria are prone to terrorism and disruption, other provinces like Lagos have none of these issues. Further still, while certain transactions such as imports may be prohibitively difficult, the same may not always hold true for other similar transactions such as exports.

With all these irregular quirks and complications, it becomes easy to dismiss Africa as just too ‘boutique’ to design trade finance solutions for. This judgment would be a mistake. Rather than being viewed as the ‘final frontier’ that is off limits to all but those with the greatest risk appetite, Africa should be viewed as comparable to Latin America in terms of Legal Framework but with weaker infrastructure. The risk profile is comparable to Eastern European Commonwealth of Independent States but with a far more robust legal infrastructure that continues to be heavily influenced by English and French law.In this light, whilst Africa is a challenge it is no more so than other countries with the right private sector partners.

As the continent continues on the long march to prosperity, financing requirements, both short and long term will be needed. The key to success in this is a detailed understanding of what risks African clientele will face rather than just selling them a shrink-wrapped slightly modified arrangement that would work in the Midwest USA.We have already seen this in the consumer sector with international companies designing specific products for the African market. For example, Samsung has created a fridge that continues to operate even when there is a power failure, a problem that faces many African households.

As we have seen, Africa has its set of challenges but these are by no means insurmountable.Financiers who are sitting on the side waiting for the ‘normal data’ they need as opposed to actively seeking it out run the risk of being left behind and overstating the threats they envisage on the ground. For those who engage now and are up to the challenge, the reward will be greatest.

Nicolas Clavel is CIO of Scipion Capital, a commodities hedge fund manager and Africa investment specialist. The Scipion Commodities Trade Finance Fund provides financing for a range of minerals in African markets from mining and also soft commodities assets such as cocoa, salt, tea and coffee.