The war for talent: using hybrid working to attract and keep the best talent

Leadership programmes are a must for equality

Concentrating on your employees’ wellbeing is key to business success

Shifting Goalposts: The Many Challenges of a Chief Compliance Officer 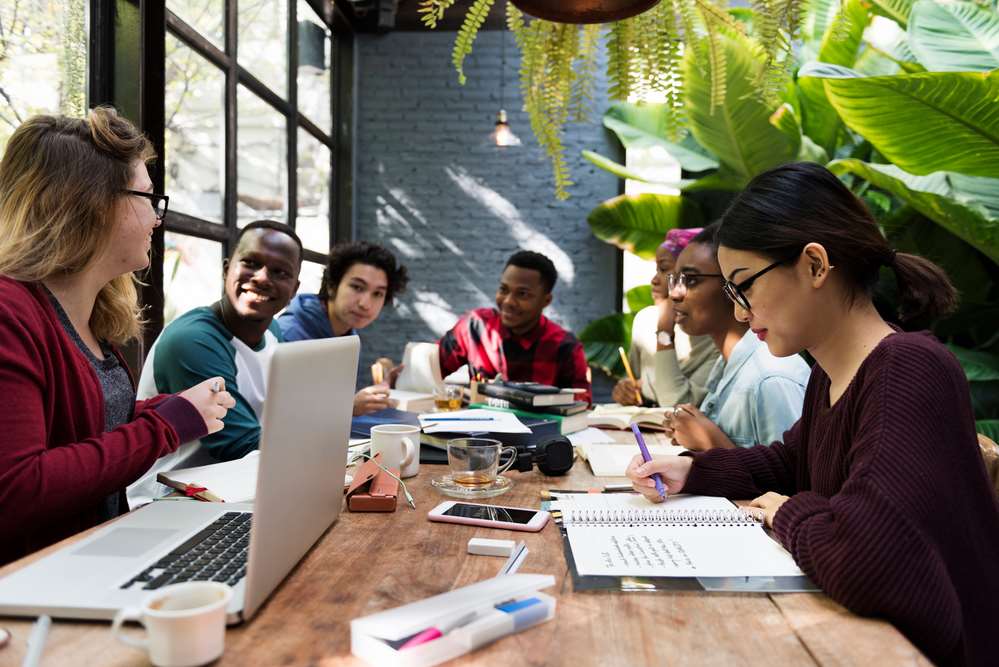 Across banking and financial services organizations, inadequate diversity is the elephant in the room. Even a quick look reveals that lack of diversity in terms of gender, race, religion, sexual orientation etc. is a challenge faced by organizations across all industries and geographies. This situation prevails despite the fact that organizations have policies in place to promote diversity; many even have diversity goals.

Lauren Stiebing is the founder of LS International, an executive search firm that is passionate about helping companies improve their diversity.

[45% of their placements are women simply because they go the extra mile to find suitable candidates]. We sought the LS International team’s views on diversity. Despite the obvious benefits, why haven’t companies done too well on the diversity front? Lauren candidly says, “The poor diversity in organizations is the result of the conscious and unconscious biases that exist in people’s minds and the way companies have traditionally approached hiring and promotion decisions”.

The benefits of organizational diversity

At an intuitive level, the advantages of organizational diversity are almost obvious. Ms. Stiebing points out that “Diverse teams have access to a broader set of ideas, skills, expertise, competencies, perspectives and problem-solving abilities. These contribute to innovative solutions, better collaboration, less conflict and superior performance overall”. There is also credible empirical evidence to show clear and positive linkages between diversity and corporate performance. BCG’s study of 1700 companies across multiple industries and sizes spread over 8 countries found that companies with more diverse management teams were more innovative, and reported 19% higher revenues. (source).

Although causality cannot always be inferred from correlation, there are enough reasons for companies to aim for greater diversity. Ms Stiebing sounds a warning when she says “In the days ahead, companies that do not pay adequate attention to achieving their diversity goals will lose the war for talent”.

The lack of diversity in organizations is a cause for concern, and not just because of the “opportunity cost” of missing out on doing better. Inadequate diversity will bite organizations even harder in the days ahead. With more millennials entering the workforce, the war for talent will take on a different hue in the future. Millennials generally tend to be more inclusive in their thinking; they prefer to work with organizations that are more conscious of and responsive to social issues such as diversity, the environment, exploitation of child labour etc. Therefore, the best candidates will prefer to be a part of organizations that embrace diversity.

A shift is already visible with technology companies now consciously hiring more graduates with degrees in the liberal arts. These hires bring new ways of thinking about the kinds of solutions needed- thinking that may elude linearly-thinking techies.

Daniel Torres Dwyer of LS International says, “Hiring is an opportunity to infuse superior functional skills and behavioural competencies into teams. Boosting diversity is an obvious but inadequately used strategy to achieve this objective”. Indeed, it would not be wrong to say that the strength of corporate brands will increasingly be determined by how companies respond to globally-relevant issues including diversity.

Despite the clear value of organizational diversity, on-the-ground statistics remain dismal. The weak diversity landscape is the result of several factors. Corporate leaders and decision-makers fall prey to unconscious biases. “Strength lies in differences, not in similarities”, said Stephen Covey. But people prefer to hire/promote those who are similar to them or with whom they think they can get along well. This unconscious but insidious bias perpetuates the “Old boys” syndrome and raises the risk that the best candidates are not hired for a particular role.

Another reason for poor diversity is conscious bias. Many male leaders, for instance, sometimes believe that women cannot play certain roles or are not equipped to shoulder certain responsibilities. This one belief then outweighs the candidate’s experience, education and track record. This could be a double whammy for teams because qualified candidates denied personal growth opportunities may choose to leave. Apart from the disruption, the team loses an opportunity to perform even better. It is worth noting that multiple studies have consistently shown that “blind” applications that do not reveal the gender, ethnicity or race of the candidate result in significantly higher selection rates for women and minorities.

Systemic weaknesses are a third reason for poor diversity in organizations. Most hiring decisions are based mainly on the candidate’s track record of performance. Past performance should certainly be considered- but is that sufficient? As an investor, would you choose a mutual fund that has delivered superior returns in the past but because of its portfolio of stocks, unlikely to do well in the future? If the answer is no, why would you as a hiring manager not look at a candidate’s potential to perform in a new role?

Even if it is an internal promotion, a new role has a different context in terms of responsibilities, culture, teams etc. It is thus important that due consideration be given to the candidate’s potential for performance. As leadership coach Bruno Lubeigt, who works closely with LS International, says, “Personal styles determine behavioural responses. Success in a role depends on individuals being able to consistently exhibit behaviours that are critical to those roles. Hiring managers must objectively and accurately gauge the candidate’s personal style in advance to predict future success before finalizing the hiring or promotion decision”. What is often missing in the traditional hiring/promotion process is an assessment of how well an individual is likely to perform in a new role.

Actions to boosting diversity in your team/company

Raising the level of organizational diversity is not easy. However, business/HR leaders and hiring managers can take various measures to enable organizations get to where they ought to be on their diversity journeys.

Here are some actions that you can take within your own teams and companies:

Like any other corporate strategy, enhancing diversity must be seen as a strategic goal. To achieve this goal, adequate resources must be allocated and deployed- money, management time and attention and people who are committed to make it happen. The pride in Ms Stiebing’s voice is obvious when she says, “At LS International we invest significant time and effort to interact with candidates to gather a thorough, objective and nuanced assessment of their fit for roles. Even without a formal diversity brief, we go the extra mile to identify the best candidates for every search we are retained for. We do so because we believe that gender, race and other such accidents of birth should not come in the way of them being the best they can be”.

How to capitalise on forward-looking risk management