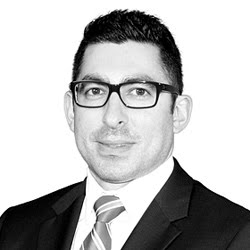 Amid recent reports that the Office of National Statistics (ONS) has upwardly revised its data on the UK’s economic recovery, the latest figures from our London Employment Monitor point to continued optimism in the capital’s jobs market.  The number of roles available in the City in August totalled 7,995, up 18% compared to the same month in 2013, and although vacancies were down 14% month-on-month, this can be attributed to the knock-on effects of the holiday season.  Candidate numbers were also lower than in July – by 7% – again the result of the traditional summer slowdown.

Despite the downturn in both vacancies and candidates, there were pockets in the financial services sector where hiring remained busy last month.  As in July, there continued to be strong demand within the Accounting and Finance sphere, particularly for regulatory roles, while the Risk function also showed a healthy appetite to recruit.  The key areas of hiring within Risk concentrated on model validation and anything with a strong risk methodology focus, the result of continued pressure from the regulators to re-calibrate existing models and implement more stringent stress testing frameworks.  Demand for credit risk analysts also intensified, particularly those with Emerging Market language skills. This has been led by transactions in the various Emerging Markets Group countries and the political sanctions imposed on certain territories, namely Russia.  Banks are having to review the amount of capital and “risk leverage” imposed on each client, therefore, forcing ongoing credit reviews on new and existing counterparties.

Elsewhere, August saw a good flow of operations vacancies, particularly in light of the continuing focus on Dodd Frank, EMIR and regulatory compliance.  Demand for experienced and junior operations candidates with strong regulatory knowledge has pushed up salaries and rates on offer in many back office functions, most noticeably regulatory reporting and client services.  Currently, the busiest area within investment banking operations remains within the Loans space.  Demand for candidates with strong exposure to syndicated and bilateral loan products who can interpret, understand and review loan documentation and loan agreements continues to grow.  Those with strong LoanIQ experience and a forward thinking attitude will always have a competitive advantage.  Meanwhile, hiring managers are increasingly pushing to gain permanent headcount in order to solidify their strategic plans for the remainder of this year.

In terms of salaries, August saw a 17%* rise in pay for those securing new roles.  Despite a small drop compared to July, this remains a significant figure and is indicative of the onus on City institutions to ensure remuneration packages on offer attract employees with the key skill sets they need to succeed in a challenging market.  Looking specifically at banking operations, junior and experienced analysts with the specialist knowledge needed to help firms reshape their business models to comply with regulatory demands remain at a premium.   With retention in this area an issue for many City employers, these individuals are being rewarded accordingly, as the Emolument data for operations professionals’ highlights.  Meanwhile, despite the introduction of banking bonus caps, it appears the bonus culture is still very much prevalent in the City – according to Emolument figures, analysts in banking operations can expect on average a 6% bonus, far higher than the 2.6% average for the UK workforce, while the most senior level employees can command around 68%.

Although recruitment within the City is exceptionally positive – and we predict a boost to hiring throughout September and for the remainder of 2014 – this could possibly be hampered by the continued onus on regulation which is negatively impacting upon firms’ cost bases, both in terms of staff and IT infrastructure.

*The figure is calculated using Morgan McKinley’s own data and refers to the average percentage change between original salaries and new salary offers for professionals securing new roles.