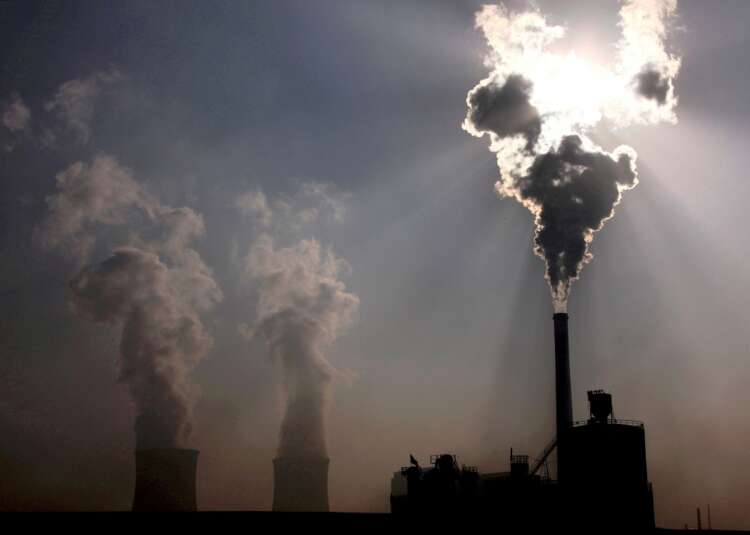 By Shivani Singh and Min Zhang

BEIJING (Reuters) – China’s commodities markets tumbled on Wednesday, led by sharp falls in thermal coal prices, after the state planner said it was considering intervention to cool record prices of the fuel that is vital to power the world’s second biggest economy.

The slide in China had a knock-on effect in global markets, where prices of base metals used in manufacturing and construction, such as copper, aluminium and zinc, also dipped. The benchmark oil price was also lower. [O/R]

But global commodity prices remain elevated, so any easing may offer only temporary respite to central banks fretting about inflation, as China and other major economies suck in fuel and other commodities amid a rebound from a pandemic-induced slump.

China’s state planner, the National Development and Reform Commission (NDRC), said on Tuesday it was studying ways of intervening in high coal prices and would take all necessary steps to bring them into a reasonable range, after calling a meeting of key coal companies and the industry association.

Coal is a leading indicator of Chinese economic activity as it is used to fuel about 60% of China’s power plants, which have struggled to keep pace with demand for electricity. Some homes and factories have received only intermittent supplies.

Chinese aluminium and zinc futures fell more than 6%, while petrochemicals such as methanol and ethylene glycol and urea, which uses coal as feedstock, fell between 8% and 9%.

Chinese law allows the State Council, China’s cabinet, and regional governments to limit profit rates and set price limits when prices for vital goods or services rise sharply, the NDRC said, promising to crack down on any irregularities and maintain market order.

The NDRC said it would ensure coal mines operate at full capacity to produce at least 12 million tonnes a day. 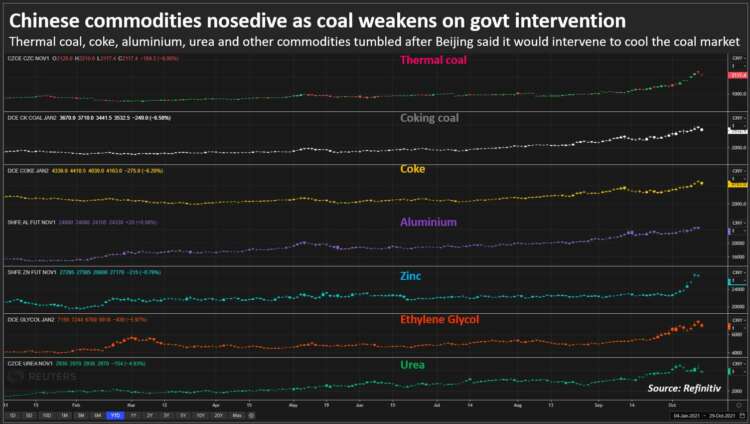 Cheaper coal and more supply could ease China’s factory gate inflation, which hit record highs in September because of the power crunch and soaring commodity prices.

“The heart of the issue is a global shortage of energy supplies as the Northern Hemisphere approaches winter. Even with more forceful price guidance for certain producers, it may take several more months before a fundamental global supply and demand balance is restored,” he said.

China is not alone in trying to cool a red-hot energy market.

Some major coal producers have promised to cap thermal coal prices this winter and next spring, while China’s energy administration urged power grid firms to maximise purchases of electricity from renewable sources.

But analysts said inflationary pressures were likely to persist.

Alex Whitworth, head of Asia Pacific power and renewables research at Wood Mackenzie, said that “rising energy, labour and other costs will be passed through to final consumers, and broader inflation.”

“The measures are already having an impact on increasing power supply, but it will be an uphill battle to rein in market coal prices before the year end,” he added.