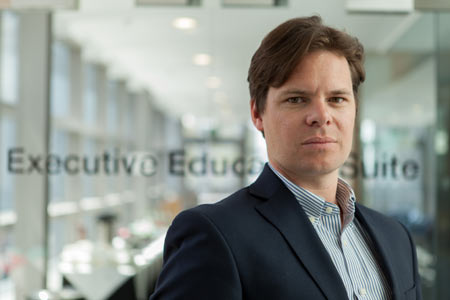 Andre Spicer, Professor of Organisational Behaviour at Cass Business School, commenting on changes in bankers’ remuneration, which could lead to unintended consequences:

“If the financial crisis taught us anything it is this: paying bankers large bonuses for short term performance is a recipe for disaster. It incentivises very risky behaviour, undermines performance, destroys shareholder value, and creates systemic problems the tax payer is forced to cover. A common argument is that banks need to pay large bonuses to attract the best talent – however, in the lead up to the financial crisis, this war for talent pushed bonuses to an unreasonable level which increased risk profiles, and undermined bank performance. The only people who benefited were a small elite of bankers. A rise in bankers’ bonuses was a major factor in increased wage inequity in the lead up to the financial crisis.

“Fortunately regulators and banks have learned some lessons from the crisis and changed the way they reward their employees. Increasingly they reward for not just financial performance, but look at other non-financial metrics. This should encourage bankers to look beyond the immediate bottom line. In addition, they also reward for performance over the longer term. They also lock up rewards in share options. This should encourage a longer term orientation.

“Changes in remuneration could lead to some unintended consequences. Locking up bonuses over a long time period could mean they cease to become a motivator. This is because a £1 cash bonus today is valued higher than £2 share option bonus in a few years’ time. Declining bonuses could also push some bankers who favour quick rewards for risky behaviour into the shadow banking system. This might create problems at the murky margins of the market which regulators have difficulty penetrating. Finally, the ongoing controversy over bonuses is likely to further alienate many senior bankers – who already feel like they have been waiting a few years to be paid for their work.

“As remuneration changes in the banking sector, it is important that banks look at other ways of motivating staff. Many working in the financial sector find it very insecure and unsatisfying, but are willing to trade this for high pay. As the job becomes less lucrative, banks need to find ways to make jobs more stable and more satisfying for employees. This might involve changing the culture or addressing issues around work life balance.”