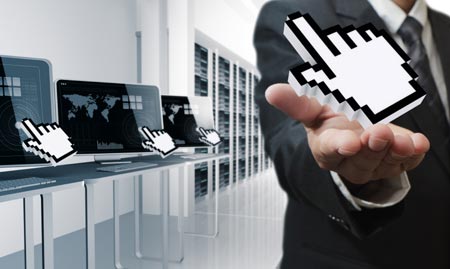 Centrify, the leader in securing enterprise identities against cyberthreats, has announced new hybrid cloud capabilities and best practice guidance to speed and secure adoption of Infrastructure-as-a-Service (IaaS). Centrify’s solution uniquely provides identity freedom, deployment freedom and the most comprehensive capabilities for securing privileged access to infrastructure and apps in a hybrid IT environment.

IaaS platforms such as Amazon Web Services (AWS) provide an excellent layer of foundational security, but the shared responsibility model is clear: businesses are still responsible for the confidentiality, integrity, and availability of their data in the cloud. Organisations that are storing sensitive data in the cloud, which is 93 per cent according to a recent Forrester survey, need a consistent security model across on-premises and IaaS to reduce the risk of data breach.1 Yet Gartner predicts that 95 per cent of IaaS security failures will be the customer’s fault, and more than half of those will be attributed to inadequate management of identities, access and privileges.2

“Leveraging built-in IaaS security is a great start, but not a complete solution according to the AWS Shared Responsibility Model and AWS Security Best Practices,” says Bill Mann, chief product officer at Centrify. “Centrify makes it easy to securely move infrastructure and apps to AWS, and take advantage of the benefits of the cloud, by providing identity freedom, deployment freedom and a single, consistent security model across on-premises and cloud infrastructure and apps.”

Centrify’s new Identity Broker capability seamlessly connects servers deployed in the cloud to the customer’s identity provider of choice ― including Active Directory and LDAP directories— without having to replicate complex identity infrastructure in the cloud or set up site-to-site VPNs or one-way trusts and Read Only Domain Controllers (RODCs). For further identity freedom, Centrify customers can now disaggregate themselves from the use of on-premises Active Directory as the backend identity repository for server authentication and solely leverage cloud-based directories such as the Centrify Directory or Google G-Suite Directory.

This new capability extends Centrify’s robust privileged access security solution for hybrid cloud environments. Centrify’s solution simplifies and streamlines the secure adoption of IaaS, implementing and extending AWS security best practices. Centrifyvaults AWS Account credentials, controls access to and role membership for the AWS console, audits all privileged activity, and secures privileged access to Amazon EC2 instances and the apps that run on them, all while enforcing Multi-Factor Authentication for identities. This complements Centrify’s single sign-on (SSO) support for thousands of cloud-based Software-as-a-Service (SaaS) applications as well as on-premise applications migrating to the public cloud via Centrify’s support for SAML ― including Centrify’sSAML Toolkit for customer-developed applications that are built in the cloud.

Centrify offers a single privileged access security solution for hybrid IT that can be deployed as a service, in a private cloud or on-premises. Deployment tools and scripts make it easy for IT admins to deploy the Centrify solution, enroll servers in the Centrify Cloud Service, vault root accounts, and automate setup of user access to servers.

“Centrify is the only vendor that comprehensively addresses identity for SaaS, IaaS and on-premises with a single architecture,” added Mann.

WHAT DOES A ‘NO’ VOTE MEAN?