HALIFAX, Nova Scotia, Feb. 21, 2020 — MegumaGold Corp. (CSE: NSAU, OTC: NSAUF, FWB: 2CM2) (“MegumaGold” or the “Company”) is pleased to announce that it has agreed to acquire 5 mineral claims for total of 3067 hectares, located in the Similkameen mining division approximately 7 and 20 km north west of Copper Mountain and hosts the potential for palladium and platinum associated with both the alkalic intrusives of the Okanagan.

A number of PGE mineral occurrences are associated with alkalic intrusive porphyries such as New Gold’s New Afton and Copper Mountain which both contain significant concentrations of palladium and platinum. At Copper Mountain the sulfide concentrate from the mine yielded up to 2.8 g/t palladium and 0.155 g/t platinum and a sample of a bornite- chalcopyrite vein from the glory hole yielded 3.25 g/t palladium (after Nixion). The latest resource estimate from New Afton mentions grades of (0.10 g/t) palladium. Both New Afton and Copper Mountain are in or planning major expansion and exploration in the area. With New Gold recently announcing a robust $460,000,000 exploration initiative to further discoveries allowing extension of their New Afton mine life.1

Company President Theo van der Linde, commented, “Megumagold is pleased to add to its BC land package which is strategically among large producers who have demonstrated high grade platinum and palladium from similar intrusives.  The district at one time was the principal producer of palladium in North America. Being Palladium is at an all time high and not expected to slow down, due to the recent realization of the massive shortfall of the metal, we feel Meguma has substantial means to aggressively explore the recent acquisition being the region and its geological setting is well known for palladium yet has been relatively under looked and underexplored.”    The Company intends to immediately commence surface work, mapping and sampling on the claims to start planning for a larger work program. An aggressive sampling program will commence within the coming weeks to gain samples for assay.  The claims will be acquired from arm’s length vendors in consideration of the sum of CDN$125,000, and 6,000,000 fully paid and non-assessable shares subject to submitting necessary filings and obtaining any necessary approvals from the Canadian Securities Exchange.

Spot Palladium traded as high as $2,829.75 an ounce, meaning that at the peak the metal was roughly $275 above the old record high which was achieved last month. At the all-time high, palladium was already up 46% for the year to date, in which was nearing 2019’s gain of 54%. The palladium market has been in an annual supply/demand deficit for several years now. Earlier this month, Johnson Matthey issued a report saying auto-related demand rose to a record 9.7 million ounces last year even though auto sales fell in some countries, with more palladium needed for each auto catalyst in some regions due to stricter emissions regulations. The firm put the 2019 supply deficit at 1.19 million ounces and said it was “likely to deepen in 2020.”

Chris M. Healey, P. Geo., of Healex Consulting Ltd., an independent “Qualified Person” as defined under National Instrument 43-101, has reviewed and approved the scientific and technical information disclosed in this press release.

MegumaGold is a Canadian junior gold exploration company engaged in the business of acquiring, exploring and developing natural resource properties. Since 2018 the Company has centered its exploration focus on the developing Meguma Supergroup gold district of Nova Scotia. As a result, the Company has assembled a strategically-positioned land position of approximately 105,000 hectares within this promising geological domain.

All statements in this presentation, other than statements of historical fact, are “forward-looking information” with respect to MegumaGold within the meaning of applicable securities laws including, without limitation economic estimates and any statements related to estimated mining costs. MegumaGold provides forward-looking statements for the purpose of conveying information about current expectations and plans relating to the future and readers are cautioned that such statements may not be appropriate for other purposes. By its nature, this information is subject to inherent risks and uncertainties that may be general or specific and which give rise to the possibility that expectations, forecasts, predictions, projections or conclusions will not prove to be accurate, that assumptions may not be correct and that objectives, strategic goals and priorities will not be achieved. These risks and uncertainties include but are not limited to exploration findings, results and recommendations, as well as those risks and uncertainties identified and reported in MegumaGold’s public filings under its SEDAR profile at www.sedar.com. Although MegumaGold has attempted to identify important factors that could cause actual actions, events or results to differ materially from those described in forward-looking information, there may be other factors that cause actions, events or results not to be as anticipated, estimated or intended. There can be no assurance that such information will prove to be accurate as actual results and future events could differ materially from those anticipated in such statements. MegumaGold disclaims any intention or obligation to update or revise any forward-looking information, whether as a result of new information, future events or otherwise unless required by law. Neither the CSE nor its Regulation Services Provider (as that term is defined in the policies of the CSE) accepts responsibility for the adequacy or accuracy of this release. 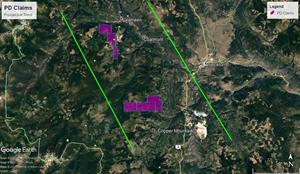