Boston MA, March 19, 2020 — On December 28, 2016, high school senior and competitive surfer Josh Davis met up with some friends, as he often did, and headed to the slopes on Bear Mountain, CA. They were going snowboarding, like they had so many times before. Snowboarding was a big part of Josh’s life – he preferred the adrenaline rush of extreme sports to the more traditional ones – but competitive surfing was his passion. Already Josh was the number one short boarder and the number one long boarder at his school with dreams of maybe turning pro after going to the University of Hawaii. But all this was about to change.

Diana Davis, Josh’s mother explains what happened. “Josh was very familiar with the run he was on, and he was very familiar with the jump that he went off of. He wasn’t doing anything crazy or outside of his ability or comfort zone. ..but that day he hit the jump wrong and wasn’t able to land it… he essentially fell out of the sky and came down on the right side of his body. He crushed his clavicle and his shoulder in seven places, compressing the brachial plexus and subclavian artery, and puncturing his lung.”

On landing, Josh felt his entire right arm go numb, from his shoulder to his finger tips. Ski patrol had him immediately airlifted to the local mountain hospital who determined he had no blood flow to his right arm. “ The hospital then airlifted him again to a trauma center where his Dad and I were waiting for him,” said Mrs. Davis. “As a parent that’s a call that you never ever want to get.”

The trauma center stabilized Josh and did surgery on his clavicle to relieve the compression on his artery and nerves. “The thing I kept asking all the doctors about what ‘what about his arm’? It was still hanging limply by his side and he still had no feeling in it whatsoever. There was clearly an issue with the brachial plexus – the bundle of nerves at the top of his shoulder, but no one seemed to be worried about it. They said to me at the trauma unit, ‘Ma’am your son is lucky to be alive – if he’d landed on his left side he would have punctured his heart and bled out’,” said Diana Davis.

Now that her son had been stabilized, Diana Davis focused her attention on getting function in Josh’s right arm and hand back. “I had been reading everything I could find on brachial plexus injuries and from the other medical specialists I had spoken to, it seemed like I needed to find a neurosurgeon who specialized in this kind of repair ..that’s when I found Dr. Justin Brown. We managed to get an appointment to see him three weeks after Josh’s injury.”  “Brachial plexus injuries can result from a number of causes, but are usually the result of some kind of trauma – most commonly motorcycle, ATV or snowmobile accidents where the rider is flung and lands with a shoulder striking the ground. The shoulder is pulled forcefully away from the neck causing a tearing or rupture of the nerves”, says Dr. Justin Brown, Director of the Paralysis Center at Massachusetts General Hospital.“Because young men more commonly engage in these high-impact, high-risk activities, the majority of brachial plexus patients we treat are young men aged 16-30,”

“When Diana took her son Josh to meet with Dr. Brown, it was difficult to ascertain the extent of the damage to the brachial plexus. “When I examined the MRIs and CT scans that Mrs. Davis brought from other clinics – they didn’t demonstrate any avulsions, but Josh clearly had sustained a complete injury to the brachial plexus,” said Dr. Brown. “The reason we could not determine the source of the injury on the MRI was that the metal plate holding the clavicle together obscured the image dramatically. We therefore decided to explore the plexus to determine the type of injury he had suffered.  When we did, we discovered that the nerves were severely compressed beneath scar tissue, but were able to be freed from their compression. After doing so, they appeared recoverable for the most part.  The region that did not appear recoverable was then directly repaired with a nerve graft from his left leg.”

Fortunately for Josh, his surgery was a success.  Over the coming months he started to regain feeling and movement in his shoulder first, and then it began to progress distally at the rate that nerves regenerate. Eventually (and to our surprise) he began to recover function even in his hand.  “Early surgery can have a tremendous impact.  We typically tell patients with such an injury that if we get even basic hand closing that we have made an excellent recovery.  Josh went from shoulder to biceps and triceps, then on to his wrist, to his hand and then, to our surprise, began to recover even the small fine motor control muscles within his hand.  The surgery was a success, but his hard work and determination should not be understated,” said Dr. Brown.

“His recovery was slow, but Josh just kept at it.  He did physical therapy three times a week and followed Dr. Brown’s recovery protocol to the letter,” says Diana.” Josh sat on the beach and went to every practice for his surf team and every competition .. it was really hard for him.”

Today, nearly three years after his accident, things are a lot better for Josh –  “Josh is living his dream life,” says his mother Diana Davis. “He got accepted at the University of Hawaii, he’s doing a double major and he gets to surf twice a day. He has regained full mobility of his hand and about 90 percent mobility in his fingers and thumb.” Diana Davis adds, “If Dr. Brown hadn’t performed that surgery, there’s no way that Josh would have had his arm back… the trauma center told me to wait 3-6 months to see if his arm came back and if we’d have done that, it would have been too late.”

If you or a loved one has suffered a brachial plexus injury, please don’t wait – see a paralysis specialist immediately to increase your chances of having function restored.

About Dr. Justin M. Brown, Director of the Paralysis Center

Justin M. Brown, MD is a board-certified neurosurgeon and global pioneer in Reconstructive Neurosurgery – an emerging specialty focusing upon surgical interventions to reverse the effects of paralyzing conditions.

Founded in 2017 in conjunction with Spaulding Rehabilitation Hospital, the Paralysis Center is a world-class patient treatment and medical research center for all conditions resulting in weakness and paralysis.

Using a team approach, the Paralysis Center unites a multi-disciplinary team “under one roof” who are leaders in their respective fields: Neurosurgery, Neurology, Physical Medicine and Rehabilitation, Physical and Occupational therapy, Orthopedics and Plastic Surgery.

Such comprehensive care gives patients access to the most cutting-edge technology and proven paralysis-reversal treatments — providing a best-in-class treatment facility for every aspect of patient recovery.

No matter what form of paralysis you or a loved-one suffers from, or what medical advice you may have received before – there is hope. We can help you get movement back. 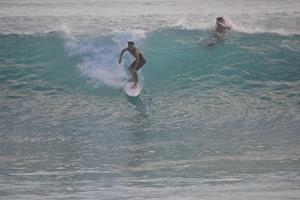 Joshua Davis has recovered from a brachial plexus injury and is now back to doing the sport he loves.