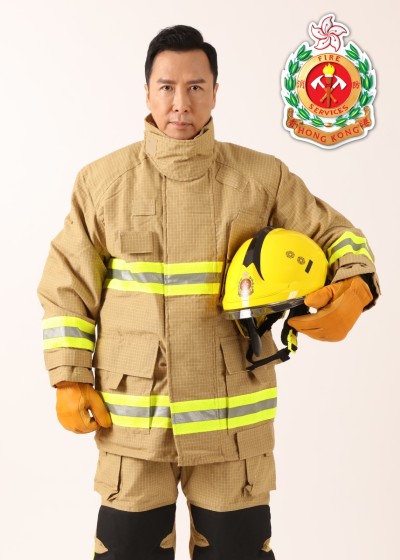 In the ceremonial proceedings, Mr Yen said he was honoured to serve as the International Image Ambassador of the HKFSD. He shared some anecdotes from the filming of the Fire Services promotional videos and revealed that he will, for the department, record a song for the first time ever.

Director Leung revealed that the collaboration was materialised largely thanks to Mr Yen’s distinct heroic image which strongly resonates with the intrepidity of the Fire Services personnel. His dedication to work and perfection-seeking professionalism also coincide with the HKFSD’s spirit to constantly strive for improvement and excellence. With an international perspective and reputation, the newly appointed International Image Ambassador will help promote the department’s professionalism and commitment through various media and platforms, spreading the HKFSD’s name worldwide.