Cashless payments are on the rise globally, new research reveals 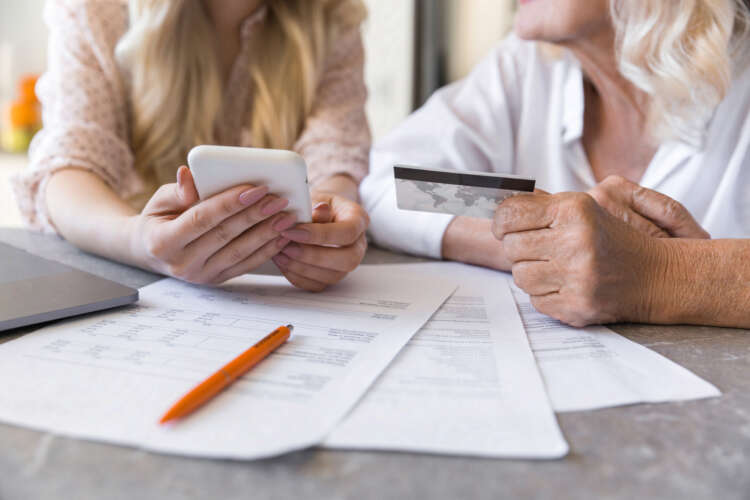 And people are noticing. According to Capgemini, global non-cash transactions surged nearly 14% from 2018-2019 to reach 708.5 billion transactions.

To gain a deeper insight, new figures have revealed that cash payments are on the decline across Europe as countries began leaving tangible currency behind.

The figures come from Finance.ua’s research, after their experts delved deep into data and analysed global trends.

Their analysis involved looking into the countries that have reported higher numbers of non-cash transactions.

Wanting to take a closer look, the analysts also discovered where in the world cash currency is holding on. Using this data, they can reveal the countries who are happy with tradition and will not be saying goodbye to physical currency any time soon. 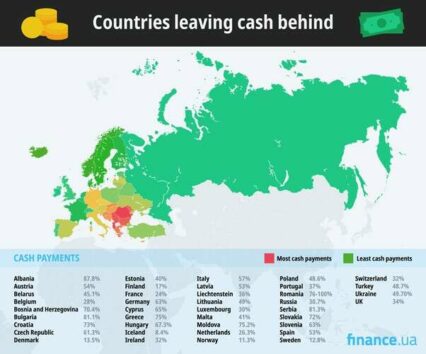 2021
As the pandemic lessened it’s hold on the world, physical cash can begin to make a comeback. However, forgetting the previous years’ events won’t be easy, and non-cash payments remain high in demand, and favour.

In 2021, the Czech Republic saw the most amount of people ditching cash. This comes after a recorded decrease of 49% in cash payments – more than any other country.

However, using cash for purchases in Bulgaria is still popular. The residents of the country have been happy to use the physical currency for a little while longer. This was revealed through the analysis, which discovered a decrease of 18% cash payments in the last two years.

Meanwhile, Sweden had the least amount of change in it’s numbers. Starting at an already low 13% of payments being made with cash, since 2019 the country has seen a reduction of nearly 11%.

Britain is following a similar trend, however the Brits aren’t as keen. A closer look at the figures show they might be following in the footsteps of their neighbours, but they’re doing so at a much slower pace.

The analysis showed that the island recorded a 21% drop in cash payments over the last two years, with the most significant decrease being between 2020 and 2021 of 10%.

Seeing a drop in cash payments in 2020 is to be expected after multiple lockdowns across the countries.

But figures highlighted Denmark as being the country most affected as just 1% of all payments made by the Danes were made with cash.

The Czech Republic showed a similar trend. In comparison to 61% of payments being made with cash in 2019, the country’s cash payments dropped by 15% in 2020.

When taking a closer look at the amount of change seen in a country’s cash payments, the analysts found that Italy saw the biggest difference.

As tech advances, consumers are constantly on the lookout for more convenient methods to buy their favourite products.

The experts behind the analysis took a closer look at the figures, and found that the results highlighted Iceland as leading the way for leaving cash in the two years.

So much so that 8% of the country’s overall payments were made with cash, leaving the Icelandic króna behind and becoming an almost cashless society. In fact, cash is even more redundant here as tipping for services and VAT taxes are always included in prices.

However, not every country had a specific preference, opting for neither as their go-to choice. The analysis revealed that figures showed that for some countries, there’s no clear ‘winner’. Neither cash or non-cash payments took the lead, as residents in the countries show no sign of loyalty to either.

In Ukraine, there’s an even split of cash and non-cash payments.

The research highlighted Romania and Albania as holding onto their cash instead of the electronic counterpart. 76-100% of Romanian’s made their payments with cash during 2019 whilst 88% of Albanians’ purchases were made with cash.

However, the analysts revealed that Finland actually saw an increase in cash payments between 2019 and 2020.

As countries across the world return to their ‘new normal’ and technology advances, perhaps we will see these figures shift. But a strong sense of trust in new tech and more benefits may be needed first, before future analysis discovers a tip in the balance between cash and non-cash payments.

A new era for payments – the evolution of commerce models