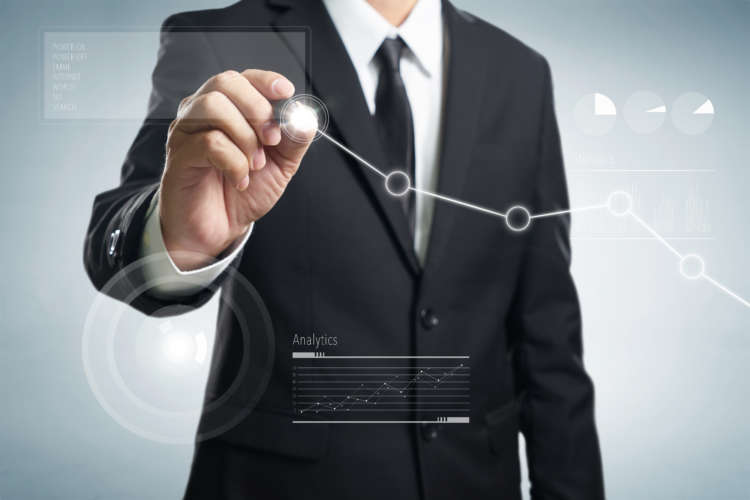 The last decade has seen financial services undergo vast digital transformation. New technologies and a greater ability to digitise and automate processes have brought greater efficiency and effectiveness to the sector, as well as enabling the creation of new, value-added consumer and B2B products.

Capital markets, however, remain largely unchanged. The industry is constrained by legacy processes that often involve substantial manual data input and document/spreadsheet management, which is inefficient in comparison to digital and automated operations. These inefficiencies have been squeezing capital market participants’ margins for far too long.

The current state of affairs

As it stands, a typical primary capital markets execution is a linear and sequential process involving multiple stakeholders, who repeatedly convey information back and forth manually to draft and execute legal documents, and then manage data input into multiple systems. This data is then sent across multiple institutions across the transaction lifecycle from pre-trade to post-trade, where it is again extracted and transformed to perform further lifecycle management activities. The processes that occur after drafting relevant documentation, such as clearing and record-keeping, are also manual and time consuming, with parties having to review documents individually.

There are some exceptions to this. For example, within commercial paper and certificates of deposit, there is some level of automation in how deals are executed, and data is transmitted from a dealer into post trade processes. In addition, high volume, structured, self-led transactions may be standardised to some degree. However, even with these isolated islands of partial automation, the general debt capital markets (DCM) issuance process remains highly manual and is in desperate need of digitisation and automation to increase its effectiveness and efficiency.

Not only do these repeated manual processes require significant human resources, but they are also prone to error. Humans, for all our gifts compared to machines, will never be able to achieve consistent 100% accuracy when it comes to complex data and document management processes. However, before we can even begin to discuss automating manual activities, they must first be digitised. This is crucial because it enables the capture of structured data throughout the transaction lifecycle. Only structured data can be easily leveraged for advanced automation, from simple if-then logic, to advanced machine learning technologies for complex cognitive decision making e.g., extracting data from complex documents.

Considering the evolution that the rest of the financial sector has undergone over the last twenty years when it comes to digitisation and automation, it’s hard to understand why capital markets have been left behind until now. But change is finally coming.

2020 saw the winds of change begin to blow across the capital markets industry. In a first for the sector, a group representing all participants of primary capital market transactions is collaborating on a data standard to be used in legal documents as well as down-stream systems and transactions data flow: General-purpose Legal Mark-up Language (GLML). This collaboration is taking place under the umbrella of the GLML Consortium, whose founding members include magic circle law firms and capital markets infrastructure technology vendors.

GLML is a ‘mark-up language’: a type of human and machine-readable syntax developed to be easy for a lawyer (or, indeed, anyone else) to implement in documentation with little training, and without requiring coding experience. It enables users to easily turn their existing contractual templates, including precedents and pro formas, into machine readable files, which can then be used to create transactions with structured data from the outset that can map to a standardized taxonomy for transmission across the pre- or post-trade process. Any word processor or editor (including Microsoft Word) can be used to apply GLML, allowing drafters to create and maintain “GLML’d” templates in the same way they approach traditional documentation.

Fundamentally, GLML permits the accurate extraction of key data from legal documentation, allowing it to be passed to relevant intermediaries in a standard and automated and seamless manner.

The wider implications of GLML

At first glance, it’s easy to underestimate the impact that a standard like GLML could have on the capital markets industry, but enormous benefits come from what it will enable.

First, GLML enables the accurate creation of structured data, which is usually produced and executed in an unstructured way in debt capital markets transactions. GLML therefore allows data to be passed between relevant transaction participants and financial market infrastructures automatically and seamlessly, and thus easily mapped to other formats. This alone will make capital markets workflows much more efficient, increasing profit margins and freeing up human resources to focus on value-add tasks and projects. Furthermore, as the volume of structured data increases, we gain further capabilities to enable increasing automation using AI tools.

Third, but perhaps most importantly, is that GLML as an open standard drives expansion of the ecosystem and enables innovation. For example, if one were to invest in digitising and automating all their capital markets documents through “low-code” or “no-code” tools, they would be locked into one vendor’s tools and standards. This means that, as the industry changes and new services emerge, or if you simply want to convert generated data to other formats, significant further effort is required. This slows down adoption of such tools and makes communication and interactions between multiple parties more challenging.

It is accepted that a lack of standards creates friction in a market, which limits interaction, flexibility, agility and innovation. One of the most obvious examples of this is seen in the emergence of the World Wide Web, which is underpinned by HTTP/HTML and led to the explosive adoption of the internet in the 90s. We can even go further back than this, where the lack of “standard”, or, more accurately, lack of a common railway gauge (rail width), led to significant challenges in the early railways. When a line of one gauge met a line of a different gauge, trains couldn’t run through without some form of conversion, which would normally lead to passengers having to change trains. This resulted in significant delays, inconvenience and cost. Widespread adoption of railways globally did not come until a standard gauge was created.

GLML will achieve for capital markets what HTTP did for the internet. It will support the simplification and ultimately democratisation of capital markets, ensuring the demand for capital can be efficiently and effectively connected to the supply.

GLML, as an open data standard, is the first step to digitising and automating the lifecycle of the issuance process. Today, capital markets processes are outdated, leading to vast and unnecessary cost and risk. Evolution is both essential and inevitable and, driven by GLML, 2021 will be the year that the debt capital markets transform for good as the industry converges around a common standard.